Brad Stone never imagined that his passion for riding BMX and motocross as a kid would eventually lead to a career building competitive tracks across the country.

"I was six or seven years old with a shovel in the backyard when it all started," recalled Stone, who is the owner of 402MX LLC. "I loved riding bikes and was just digging my own jumps when some friends started asking me to help build tracks in their backyards as well. When I got a little older a buddy's dad, who had an excavation company, let me borrow the backhoe and kind of figure out things on a larger scale."

In 2002, things became official for Stone when he and some friends built a mountain bike park at Wintergreen Resort in Virginia's Blue Ridge Mountains. 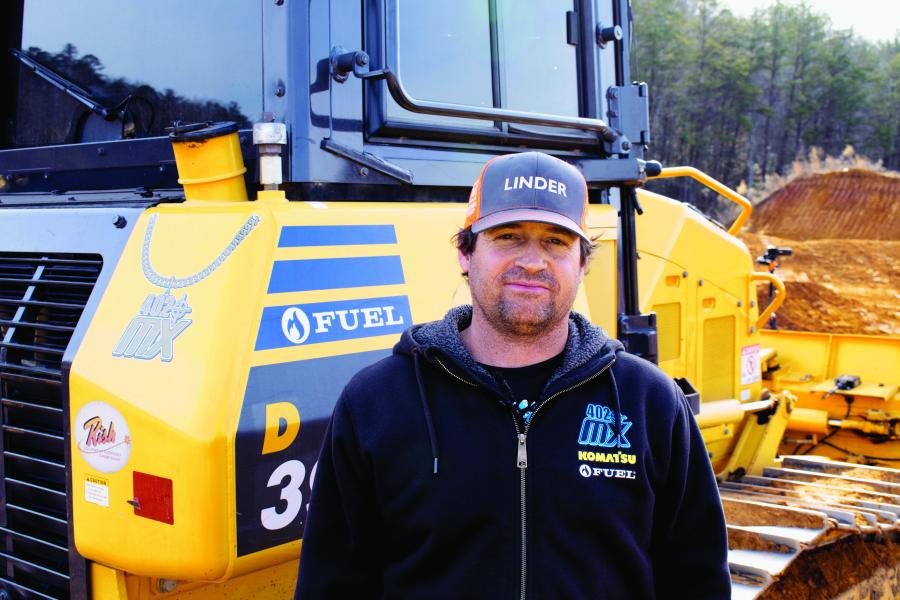 "We did that first track just to have a nice place to ride," recalled Stone. "Since then I've done projects in Jamaica, Mexico, Canada, Alaska and throughout the lower United States. Some jobs are more challenging than others, but when it all comes together it's pretty cool."

His experience with riding bikes is integral to Stone's ability to shape a track for any type or skill level of rider.

"I can take my background from knowing what a bike will do and apply that to creating a track and shaping the earth a specific way to make the bike do certain things," explained Stone. "Essentially, I can cater tracks to a wider audience at a commercial site or create a specific element for a private build. Every jobsite is a new experience because no two tracks are the same."

Stone currently focuses on creating and regrooming motocross and supercross tracks for private and commercial customers throughout the Southeast. Projects range in size from $15,000 to $150,000 and take from one week to two months to complete. While 402MX is widely recognized for building tracks, Stone emphasizes that his company can take on full site development for customers as well.

"A lot of the pros want their own training facilities, and we'll take their project from nothing to a full site," said Stone. "We can go from clearing a wooded area to really bringing the master plan together. We're a 100 percent turnkey operation."

For example, in 2019, 402MX built a commercial complex in Lugoff, S.C., where it handled the project from first cut to final grade in a month.

"The landowner sold 50 acres of timber, so we started by cleaning up what the loggers left," said Stone. "We installed all of the road infrastructure, gates, three tracks, main building pad, 10 RV sites and handled some other dirt work. It was a big project, and we hope to do more like it."

To kick off 2020, 402MX finalized a project near Morganton, N.C., for supermini rider Daxton Bennick.

"We completed a knock down rebuild of a supercross track at Bennick's compound that we built three years ago," explained Stone. "Daxton is one of the biggest athletes in our sport and is the next level of talent coming through supercross, so we stepped up his track in difficulty. It's pretty cool to work with him and see his growth as a rider on tracks that 402MX created."

In just five days, the firm moved 9,000 yards of dirt throughout an area roughly the size of a football field. This project required highly technical grading to finely shape each jump and transition. 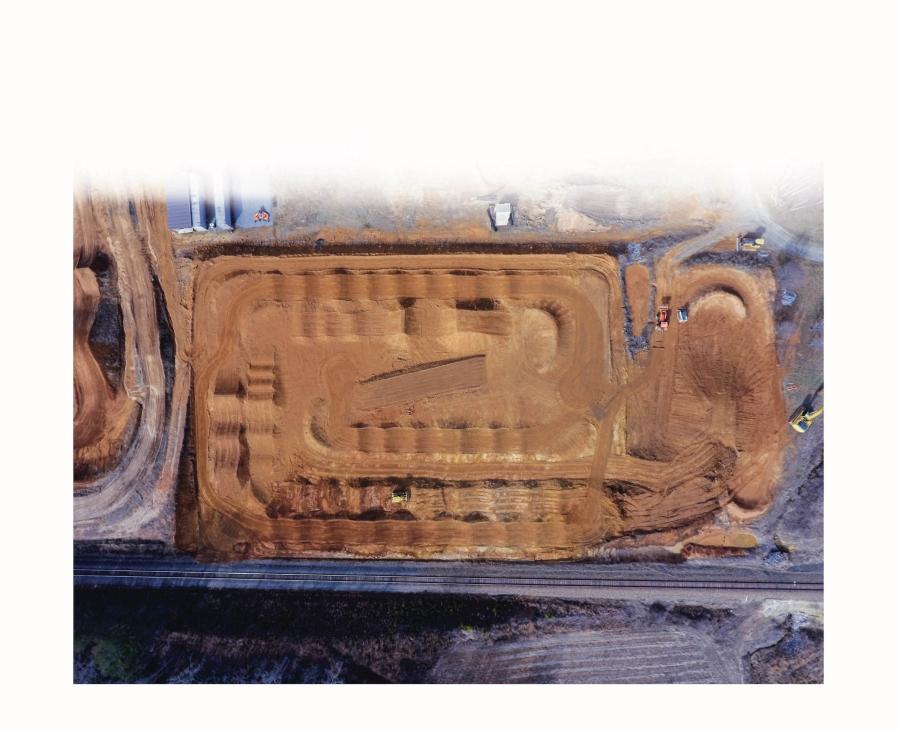 "Supercross riders are the top level of the sport, and they can tell when a jump is one or two feet off," noted Stone. "Our ability to be precise when creating a track goes right back to the athlete. It also keeps us at the top of our industry."

Precision and speed play equally important roles when competing in the sport as they do in building the tracks. For Stone, the quicker and more efficiently he can finish a project, the sooner he can get on to the next job site. To that end, adding the Komatsu D39PX-24 and D51PX-24 dozers, equipped with Leica iCON iGD4SP – 3D systems machine control technology, as well as the Komatsu PC228 and PC390LC-11 excavators, two years ago has played a pivotal role in transforming 402MX.

"I use either the D39 or D51 dozer to trim the rhythm lanes for a supercross track," noted Stone. "Supercross has a lot of tight transitions and super peaky jumps, and the dozer's balance provides smooth transitioning over the peaks. The vision from the cab is great as well, so I can always see what I'm doing and where my blade is for the really technical grading.

"As far as grading a pad or anything, it's almost like the dozer does it for me," continued Stone. "I don't have to fight the machine and there's no stabbing. I thought I was a pretty good operator, although after switching to Komatsu, I immediately became more productive." 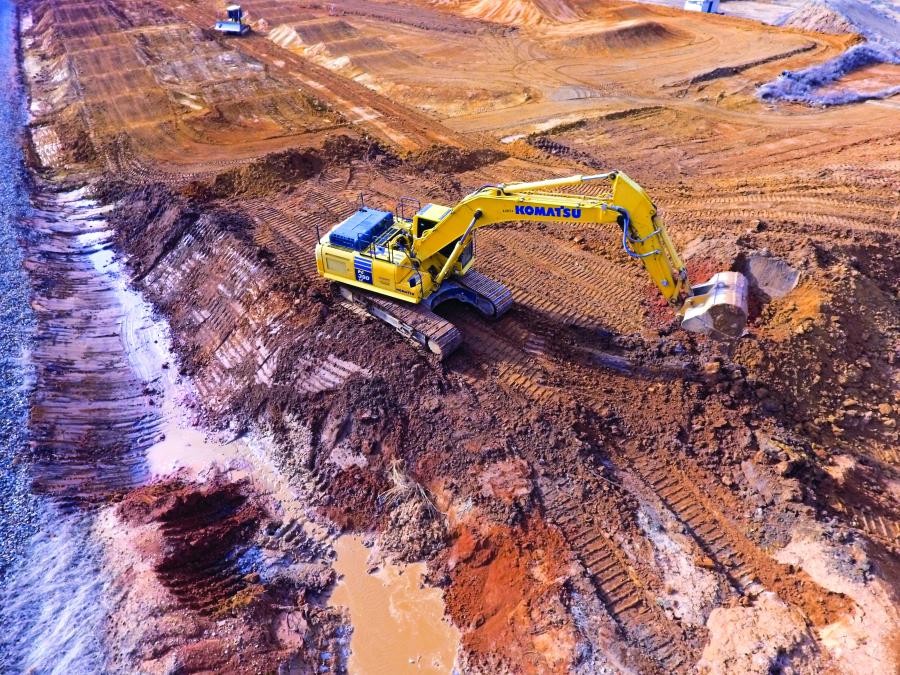 "It's eliminated the need to pull strings and measure things multiples times, which easily saves us several days of work," stated Stone. "I can build a facility faster, cheaper and more profitably than someone without it."

Stone utilizes the excavators to move earth around the job site and create the jumps.

"The PC228 has zero tail swing, which is a huge advantage," noted Stone. "Some of our job sites are fairly small, so I'm getting a lot of digging power from the machine and can still fit in some tight places.

"The PC390 is a huge machine, but it's really fast," continued Stone. "The hydraulics give the operator great control over the bucket, stick and the boom. He's able to shape the rhythm lanes pretty closely using only the excavator."

"I can call Mike if I want to trade in a machine or demo some equipment and he's on it," said Stone. "What's great about Linder is if I'm in Florida or the Carolinas, I have one guy who I talk to. That was a big part of working with Linder; they cover a lot of the territory where I operate."

Stone relies on Linder and the Komatsu distributor network to service his equipment when he travels. He appreciates the Komatsu CARE program, a complimentary, three-year or 2,000-hour routine maintenance service for Tier IV equipment.

"Although we are a small company, it's almost like we have our own maintenance staff," offered Stone. "If I happen to be out of Linder's territory, other Komatsu dealers perform the work and keep us running. That's been one of the coolest things about owning Komatsu equipment."

The nature of his business means that Stone is constantly on the road. His wife, Laura, and son, Link, accompany him and support his efforts to advance the sport he loves.

"I want to hit it hard for a couple more years, as I'm doing now," said Stone. "I'd like to have some help when my son starts school in two years, so that I'm on the road a little less. I definitely want to keep growing this and see where it goes."

(This article originally appeared in the Linder Link magazine which is produced by Construction Publications, Inc.)