The Indiana Department of Transportation plans to resurface nearly 10,000 miles of roadway and repair or replace about 1,300 bridges. 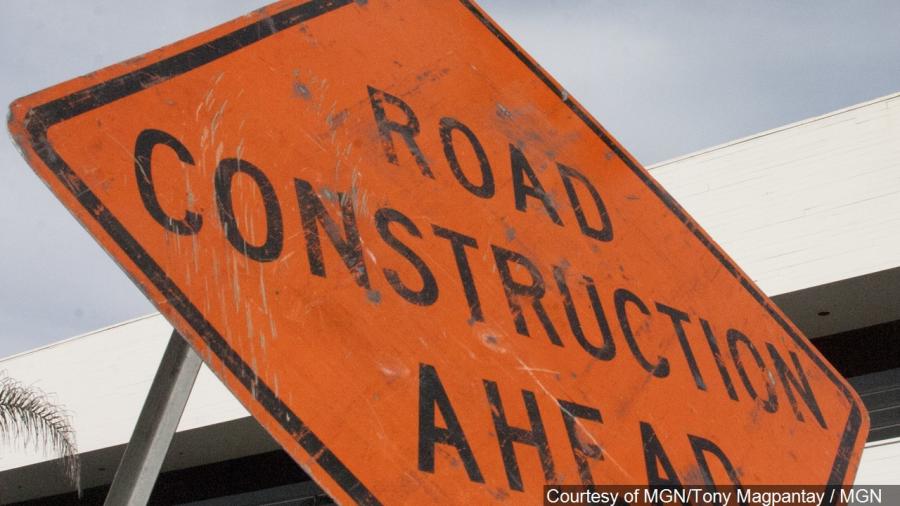 After signing the road funding bill in May, Holcomb asked INDOT to prepare a list of road maintenance priorities.

Hoosiers will see more road work signs popping up across the state over the next five years.

The plan includes money to complete a portion of the final leg of I-69 and pay for maintenance on I-465 and parts of I-70 and I-65 in Marion County. Both the Keystone Avenue and Township Line Road bridges over I-465 will be replaced.

The Indiana Department of Transportation plans to resurface nearly 10,000 miles of roadway and repair or replace about 1,300 bridges.

That construction doesn't include the additional $342 million annually the state is allocating to cities and counties for local projects.

The state is paying for the maintenance using the recently passed road funding plan that included a 10 cent per gallon gas tax increase and additional Bureau of Motor Vehicle fees. The Republican-backed plan is estimated to bring in $1.2 billion yearly by 2025.

"We're not kicking the can down the road so to speak, on a pot-hole riddled road or asking our children or grandchildren to pay for this investment today, tomorrow," Holcomb said. "We're fixing things, and we're doing it now and we're paying for it now."

After signing the road funding bill in May, Holcomb asked INDOT to prepare a list of road maintenance priorities.

In Marion County alone, INDOT is spending more than $250 million. The state is adding 19 lane miles, resurfacing more than 276 lane miles and rehabilitating or replacing 75 bridges.

The state plans to spend more than $25 million in Hamilton County. Most of the county's construction will be minor, such as the traffic signal enhancements on Ind. 32 and an added roundabout at the intersection of Ind. 37 and Strawtown Ave.

"While it will be inconvenient for a little while, this will be the next step in taking Indiana's economy to the next level," House Speaker Brian Bosma said Thursday. "This is going to be an economic boon for Hoosiers."

The five-year plan does not include revenue from tolls. During the legislative session, lawmakers emphasized the state would need to look at tolls in the future if Indiana wants to maintain a sustainable road-funding plan.

Tolling could help pay for expanding I-65 and I-70 to three lanes in both directions, which INDOT Commissioner Joe McGuinness indicated was the state's top priority over the next 20 years.

The announcement comes just a week after state budget leaders approved a plan to take back construction management of the Bloomington to Martinsville portion of I-69. The project, which was originally funded using a public-private partnership, has been plagued with delays and controversy as the lead subcontractor began to struggle financially.

When asked why Hoosiers should trust the state to properly use road funding money after the I-69 debacle, Holcomb said Hoosiers aren't cynical if they see the results.

None of the projects included in Holcomb's plan relies on public-private partnership funding.

Holcomb's five-year plan includes money for the first part of the final stretch of I-69 and some preliminary design work for the entire last leg; however, it doesn't fund the construction in its entirety. The source of funding for construction between Ind. 44 and the I-465 loop has yet to be determined.