The contract was awarded to Weeks Marine Inc. and is known as the Absecon Island Coastal Storm Damage Reduction project. 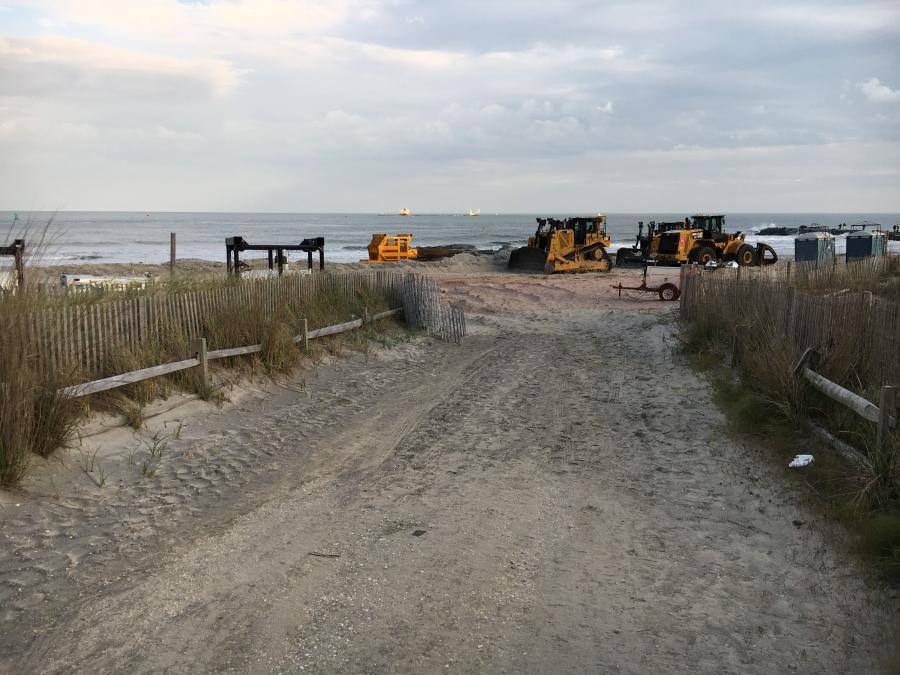 The contract was awarded to Weeks Marine Inc., and is known as the Absecon Island Coastal Storm Damage Reduction project. The total cost of the contract amount could be $76.1 million if options are awarded. The project is a joint effort of the Army Corps' Philadelphia District and the New Jersey Department of Environmental Protection.

According to a press release, work involves completing the dune and berm system in Margate and Longport as well as the scheduled nourishment of the previously constructed section of the project in Atlantic City and Ventnor City. More than 3.8 million cu. yds. of sand will be dredged from approved borrow areas and pumped through a series of pipes onto the beaches of the four municipalities. The sand will then be built into a dune and berm system designed to reduce potential damages to infrastructure, businesses, and homes that can occur from coastal storm events.

In addition, the contract includes the construction of dune crossovers, placement of sand fencing, dune grass plantings and the repair or extension of existing storm water outfalls and drainage structures.

“I'm proud of the efforts of the team that has worked so hard to move this project forward,” said USACE's Philadelphia District Commander Lt. Col. Michael Bliss when the project was awarded in late November. “When complete, the engineered dune and berm will be one system with the purpose of reducing damages to the infrastructure on the island.”

The press release noted that the Absecon Island Coastal Storm Damage Reduction project was only partially completed when Hurricane Sandy hit the New Jersey shore in 2012. The project in place served to dramatically reduce damages in those sections of the island. The Army Corps had completed the initial construction of the project at Atlantic City and most of Ventnor City in 2004. This section of the project received nourishment in the spring of 2012 and was restored after Hurricane Sandy in 2013.

Work began in late April, and the contract is on schedule and expected to be completed in late October.

Rochette noted that, prior to Hurricane Sandy, the engineered dune and berm were constructed on part of the island in the municipalities of Atlantic City and Ventnor.

“With this project, we are working to construct the dune and berm system in the municipalities of Margate and Longport to complete construction on the whole island and reduce the risk of storm damages to the infrastructure [homes, businesses, boardwalk, roads, utility lines] behind the dune,” he said.

Keith Watson is the project manager of the U.S. Army Corps of Engineers.

Dredges used for construction include Hopper Dredges by R.N. Weeks and B.E. Lindholm and Hydraulic Cutterhead Dredges by C.R. McCaskill and R.S. Weeks.

A total of 44,926 ft. of sand fencing is being placed as part of the project.

Completing the initial construction in Margate and Longport is funded entirely by the federal government through the 2013 Disaster Relief Appropriations Act (PL113-2), commonly known as the Hurricane Sandy Relief Bill. The periodic nourishment of the Atlantic City and Ventnor City portion of the contract is cost shared between the Federal government and the non-federal sponsor, the NJDEP (65 percent federal; 35 percent non-federal). Following the completion of initial construction, the project is eligible for continued periodic nourishment.