ABC: State Construction Unemployment Is Down in 45 States From a Year Ago 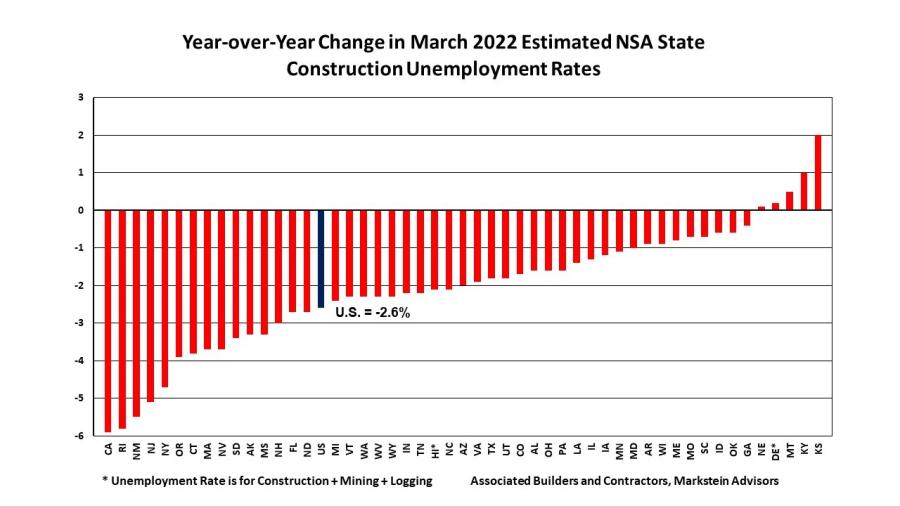 The not seasonally adjusted national construction unemployment rate dropped 2.6 percent in March 2022 from a year ago, down from 8.6 percent to 6 percent, while 45 states had lower unemployment rates over the same period, according to a state-by-state analysis of U.S. Bureau of Labor Statistics data released April 27 by Associated Builders and Contractors.

This considerable improvement occurred as cases of the omicron variant fell and many states began lifting some or all of their COVID-19 restrictions.

That's even as national seasonally adjusted nonfarm payroll employment, despite continuing to improve, was 1 percent below its February 2020 peak. 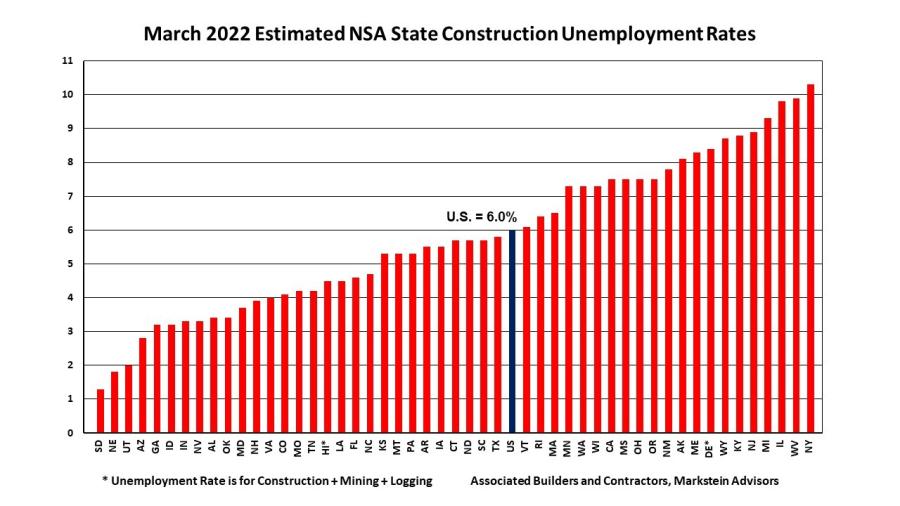 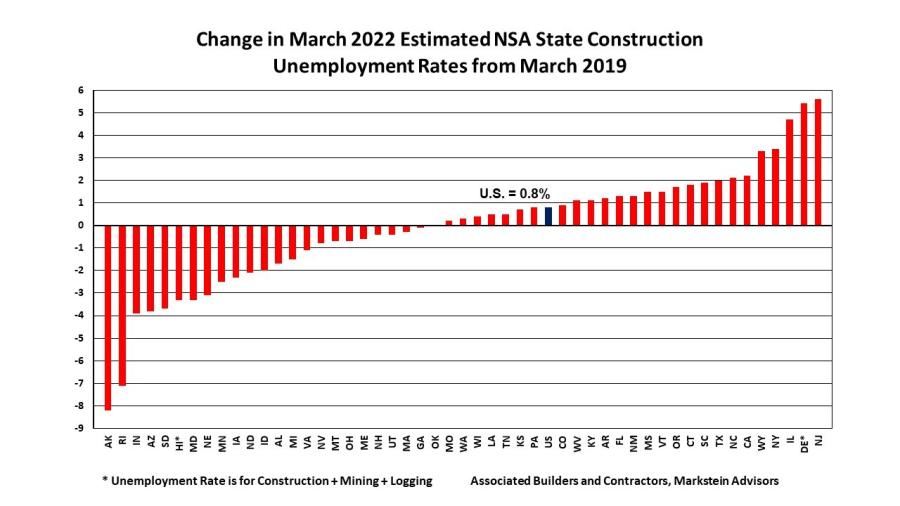 "The construction industry has shown remarkable resiliency in the face of many pandemic-related obstacles. Now, the industry faces rising interest rates and further supply chain disruptions due to the Russia-Ukraine war," said Bernard Markstein, president and chief economist of Markstein Advisors, who conducted the analysis for ABC.

"Nonetheless, the near-term outlook for construction activity and employment remains positive. Both builders and developers have shown remarkable agility in coping with the numerous challenges over the past two years."

National and state unemployment rates are best evaluated on a year-over-year basis because these industry-specific rates are not seasonally adjusted. However, due to the changing impact of the COVID-19 pandemic and related shifts in public policy, month-to-month comparisons offer a better understanding of the pandemic's effect on construction employment in a rapidly changing economic environment, though care must be used in drawing conclusions from these numbers.

Since the data series began in 2000, national NSA construction unemployment rates have generally fallen from February to March, with 18 decreases, three increases and one year (2016) with no change. March 2022 posted another decline, down 0.7 percent from February. Thirty-eight states had lower estimated construction unemployment rates than in February, 11 states had higher rates and one (Montana) had the same rate. 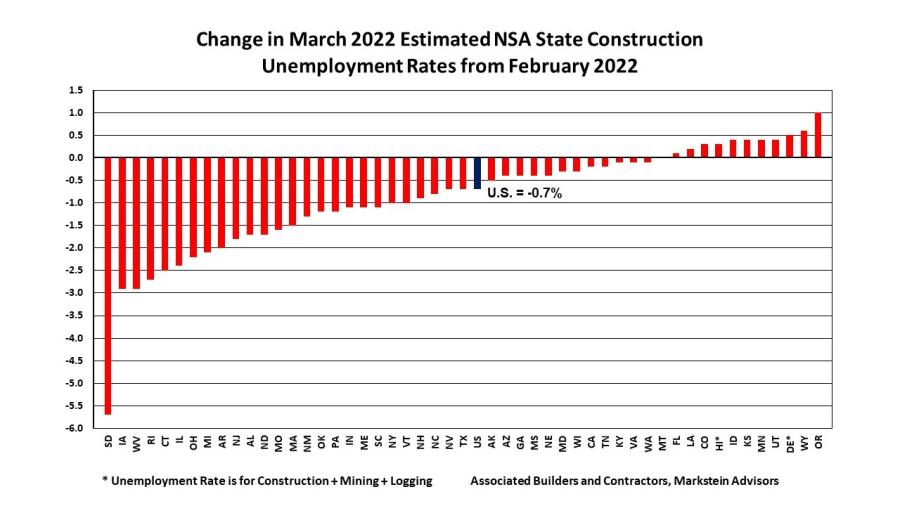 The five states with the lowest March 2022 estimated NSA construction unemployment rates were:

The states with the highest March 2022 estimated NSA construction unemployment rates were:

New Jersey and New York had the fourth and fifth largest year-over-year decrease, respectively, among the states.

To better understand the basis for calculating unemployment rates and what they measure, check out the Background on State Construction Unemployment Rates.