To position Adobe for even greater success and growth in the future, the company unveiled plans to expand its California and Utah facilities. 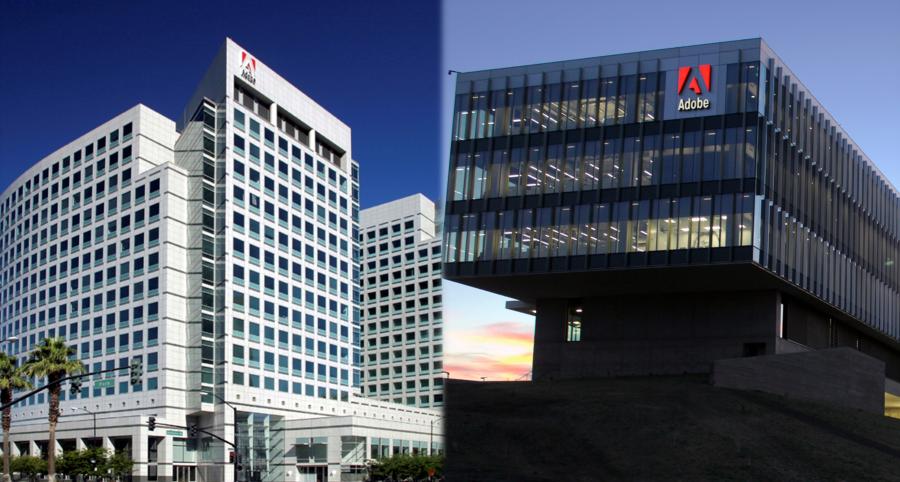 To position Adobe for even greater success and growth in the future, the company unveiled plans to expand its California and Utah facilities. (Adobe photo)

Adobe is growing. Over the past two years, its global employee base has grown by more than 30 percent. This growth includes a successful transformation to a cloud-based business; expansion of the digital marketing category; and several acquisitions including advertising technology leader TubeMogul.

To position Adobe for even greater success and growth in the future, the company unveiled plans to expand its California and Utah facilities. This is a major investment in our U.S. presence and will add capacity for approximately 5,000 employees. Through construction of the new buildings, Adobe also will be able to increase the percentage of its employees in LEED/Green-certified buildings, which currently stands at 78 percent.

“Our people are our most valuable assets,” said Donna Morris, executive vice president of customer and employee experience at Adobe. “Expanding our facilities will allow us to hire additional talent to research and build products, serve our customers and continue to grow across virtually every part of our business. We're moving forward on the planning and building process as quickly as we can.”

Adobe first moved into Utah when it acquired Orem-based Omniture in 2009, and built its marquee Lehi building in 2012. Adobe is now embarking on a “phase 2” building in Lehi, adding capacity for approximately 1,000 employees. With working space expansion within the existing Lehi building, the company expects to add capacity for approximately 1,260 employees altogether.

The state of Utah has approved Adobe for a post-performance tax incentive of approximately $25.6 million to support the expansion efforts.

“Adobe has been a pivotal asset to the strategic development of Utah's Silicon Slopes,” said Utah Gov. Gary R. Herbert. “They are an important influence in the community, and we are grateful for their continued investment in the state of Utah.”

For Adobe's San Jose headquarters, the company is under contract to buy additional land at 333 West San Fernando St. Once the land assessment and purchase is complete, the intention is to build a fourth tower with capacity for approximately 3,000 employees.

As an early pioneer to downtown, Adobe is excited to continue its investment in the community. Adobe was the first major technology company to invest in downtown San Jose real estate, more than 20 years ago, building urban high-rise towers on Park Ave., rather than a typical sprawling tech campus.

The company has since grown to 2,500 employees in 900,000 sq. ft. The proposed new building will more than double the San Jose employee capacity to approximately 5,500.

“We're thrilled to see many months of work with Adobe and its partners culminate in this announcement of Adobe's bold expansion of their global headquarters in San Jose, further enhancing downtown's burgeoning momentum as Silicon Valley's urban center,” said Mayor Sam Liccardo. “We applaud Adobe for its catalytic role in driving innovation in the Valley over the last quarter century, and we thank its employees for their strong ethos of corporate responsibility which has made the company a wonderful community partner, and a global leader in sustainability.”

Specifics of the San Jose plans are still in development and Adobe said it will share more details in early 2018.

To keep up with San Francisco and East Bay growth, Adobe is expanding its leased space in San Francisco and Emeryville. In San Francisco, we are leasing the entire office space being developed at 100 Hooper St., with expected capacity for 1,200 employees. Expected completion of this new space is fall 2018.

In the East Bay, Adobe intends to maintain its Emeryville facility acquired through TubeMogul and has increased space capacity there to more than 400 seats.

“There is really no comparison to working alongside your colleagues in a beautiful and cutting-edge space. These buildings are going to be the foundation for a lot of exciting work to come,” said Morris.