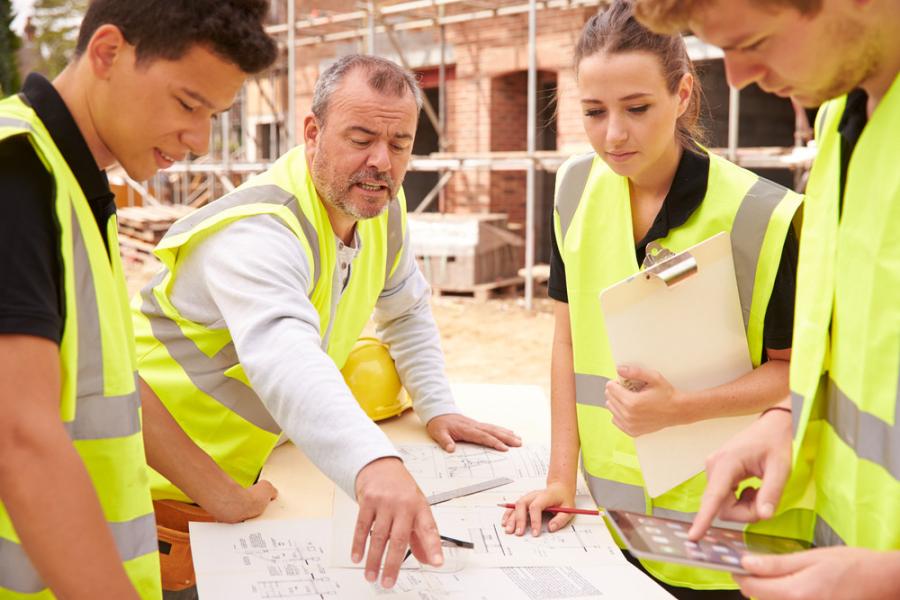 "A core priority of our industry is to sustain the pipeline of future construction leaders," said Dirk Elsperman, the association's past president and executive vice president and chief operations officer of Tarlton Corporation in St. Louis, Mo. "These student chapters have demonstrated excellence in developing the construction workforce of tomorrow and a commitment to giving back to their local communities."

The Missouri State University won the Emerging Student Chapter Award for exceptional program building and phenomenal partnership with its local AGC Chapter. In 2018, Missouri State joined the Builders' Association/AGC Kansas-City Chapter as a member-firm, which opened new doors to its partnership. Due, in part, to the reinvigorated relationship with its local AGC, Missouri State University's Chapter has since participated in at least 40 different events during the year including social, educational and community service events with as many as 100 students in attendance and its competition team took home two of the five first place plaques in the Associated Schools of Construction competition.

The Colorado State University Student Chapter won the Community Service Award for its project benefiting the Panella Family, made up of a single father and two children who needed an addition to their home to make it more accessible for one of the children who suffers from cerebral palsy. The project consisted of the addition of a ramp, covered deck and carport allowing the 13-year-old to access his home without being carried up the steps. AGC of Colorado and its membership base partnered with Colorado State University to assist with labor, materials and financing for the project.

The Boise State University AGC Student Chapter won the Construction Management Skills and Project Award for its project building the first community school facility in the West Ada School District at Peregrine Elementary School. Boise State University acted as a construction manager on the project, helping to renovate and secure two portable classrooms that were trucked in and placed on a new foundation, culminating in one new Community School. This project also enabled district students involved in the Career & Technical Education construction program hands-on experience in the construction process and helped the school meet the mission to connect community partnerships with educational resources and advances in learning for all.

The three winning chapters received $2,000 each with a $1,000 travel stipend to attend AGC's Annual Convention, which was held in early March. They were selected by a panel of judges made up of practicing commercial contractors. Student chapters were evaluated on qualifying criteria in each of the three categories for exemplary demonstration of the AGC of America tenants of Skill, Responsibility and Integrity.