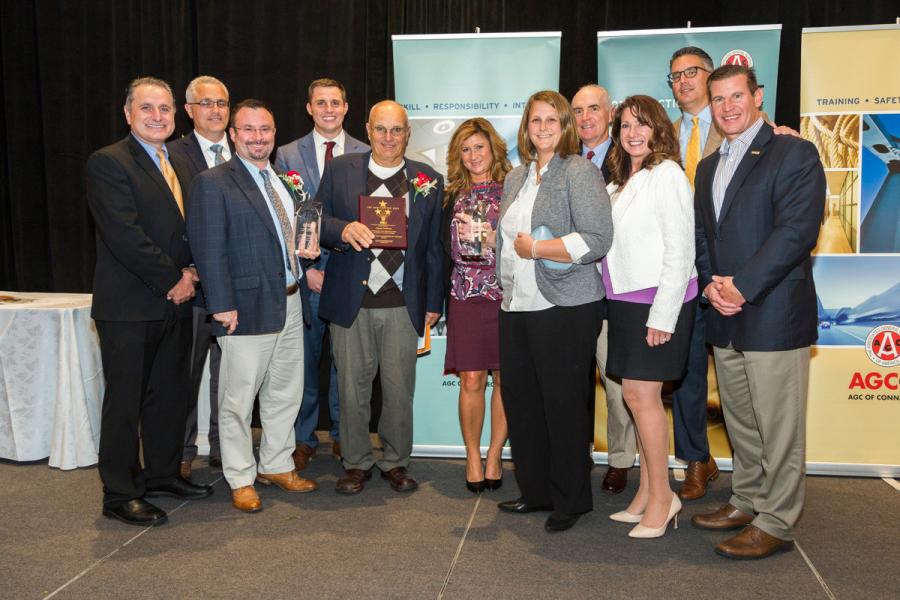 The Associated General Contractors (AGC) of Connecticut have named Gilbane Building Company's John Hawley 2017 Owner of the Year and Dennis Mullen 2017 Safety Professional of the Year. The nominees for the AGC Connecticut Industry Recognition Awards are evaluated on his or her level of leadership, understanding of construction principles and theory, personal accomplishments, skill level, experience and adherence to fair and responsible business practices.

John Hawley is a construction industry veteran with 32 years of experience and 20 years with Gilbane. Prior to serving as vice president and Connecticut Business Unit Leader, Hawley held several positions with Gilbane including operations manager, project executive and project manager for many of the firm's highest profile projects in New England.

In his current role, Hawley is responsible for overall sales, operations, financial management and strategic direction of the Connecticut Business Unit.

Dennis Mullen began his career with Gilbane in 1997 as a project safety supervisor and for the past 20 years has been dedicated to making New England a safer place to work. As Gilbane's New England safety director, his accomplishments include establishing Gilbane as a CHASE Blue Level partner with OSHA in 2007. He also earned certification as master trainer by JMJ, allowing him to train other Gilbane employees to become incident injury free instructors.

Since earning the certification, Mullen has conducted the IIF orientation and supervisor skills workshop for more than 700 Gilbane employees and trade supervisors.

“We are extremely proud to have both John Hawley and Dennis Mullen recognized for their efforts in Connecticut. John's commitment to Gilbane's core values and exceptional leadership has resulted in consistent client satisfaction and growth for Gilbane in Connecticut,” said Ryan Hutchins, senior vice president and New England division leader. “Additionally, to have Dennis recognized for his dedication to enforcing a culture of safety in this industry is further evidence of Gilbane's commitment to ensuring that everyone goes home safely each day.”

Additionally, Glenn Nielson, senior general superintendent, received “Best of the Best” recognition in the construction supervisor category, recognized for his 47-year industry experience. In 22 years with Gilbane, Nielson has led field supervision for the CT Convention Center, Jackson Laboratory Research Facility, Enfield High School and numerous others. Nielson has retained a long-term role serving on the State of Connecticut Codes and Standards Committee.