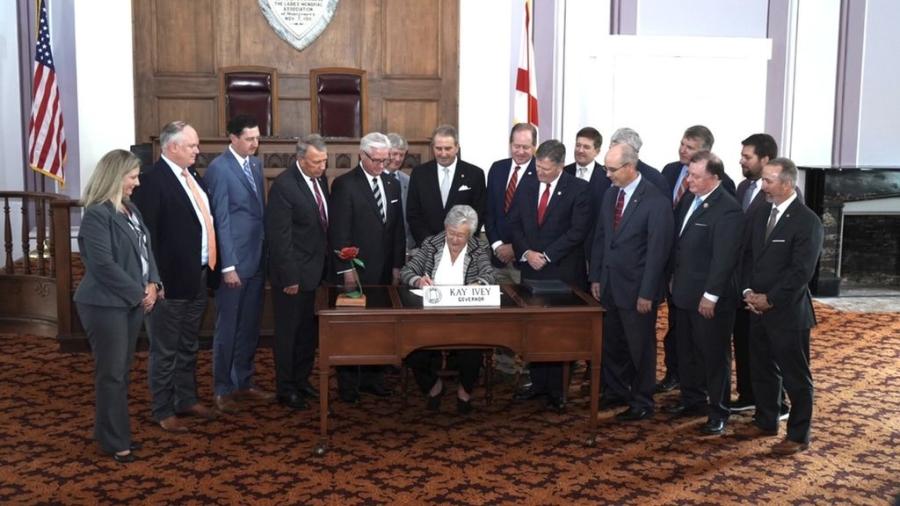 An Alabama finance official said recently that the state is on "sound footing" moving forward with an ambitious prison construction plan that will see some $1.3 billion spent building modern corrections facilities.

Bill Poole, the state's finance director, appeared on Alabama Public Television's (APT) Capitol Journal program May 6 where he said the recent signing of a contract to build the first of at least two new prisons is a sign that the state is on solid legal ground.

His response came in the wake of protests from Democrats and social justice organizations over the Alabama Legislature's decision to distribute $400 million from its first round of American Rescue Plan Act (ARPA) funds to put toward the prison plan, arguing that pandemic relief money should not be spent on projects not related to the pandemic.

However, the state contended that the segment of ARPA intended to make up for "lost revenue" during the pandemic allows for shoring up general government services, Montgomery's Alabama Daily News reported May 9.

"We felt like we were on solid legal grounds in every aspect relative to the ARPA funds or else we would not have proceeded in that regard," Poole said. "We had legal opinions, we checked with the variety of resources that we needed to check with, and so we felt like we were on very sound ground."

During his appearance on the ABT program, Poole said the U.S. Department of Treasury recently released its final guidance on the use of ARPA funds, which did not contradict the state's understanding.

"Unless Congress or the Treasury Department changes the rules, then with the rules as they were prescribed and are prescribed, we believe we are on sound footing," he explained.

The Daily News reported that in April, Alabama signed a $623 million contract with Montgomery-based Cadell Construction Co. to build the first of the new prisons, a specialized men's facility in Elmore County designed to house 4,000 inmates. The state's Department of Corrections has described the prison as one that will be equipped with modern mental health facilities and include job training capabilities.

Construction contracts related to a second Alabama prison, to be built in Escambia County near the Holman Correctional Facility, have not been released.

In a special session, the Legislature and Gov. Kay Ivey approved the borrowing of up to $785 million and the use of $400 million in state ARPA monies for prison construction.

The newspaper said the legislation also called for "design-build contracts," in which a single entity performs both the design and construction under a single agreement. In the more standard design-bid-build, designers and contractors are hired separately.

Caddell and B.L. Harbert International, a contractor headquartered in Birmingham, were both part of the teams expected to build prisons under Ivey's earlier plan to lease three new facilities from private developers, according to the Montgomery news source.

That plan fell apart in early 2021, but Caddell and Harbert had been vetted and put in the groundwork to quickly move on prison construction, Alabama lawmakers said last fall.

Poole said he was pleased with how the process is currently moving forward.

"The Elmore prison is the specialized prison, so it will have enhanced health care, mental health, and educational and workforce training aspects," he said.

He added that the Elmore facility, north of Alabama's capital city, is the larger, more complex, and most expensive of the two anticipated projects.

"I'm pleased we reached a final agreement with the general contractor," Poole said. "I think it is a fair deal in terms of the state's interest and look forward to starting that project."