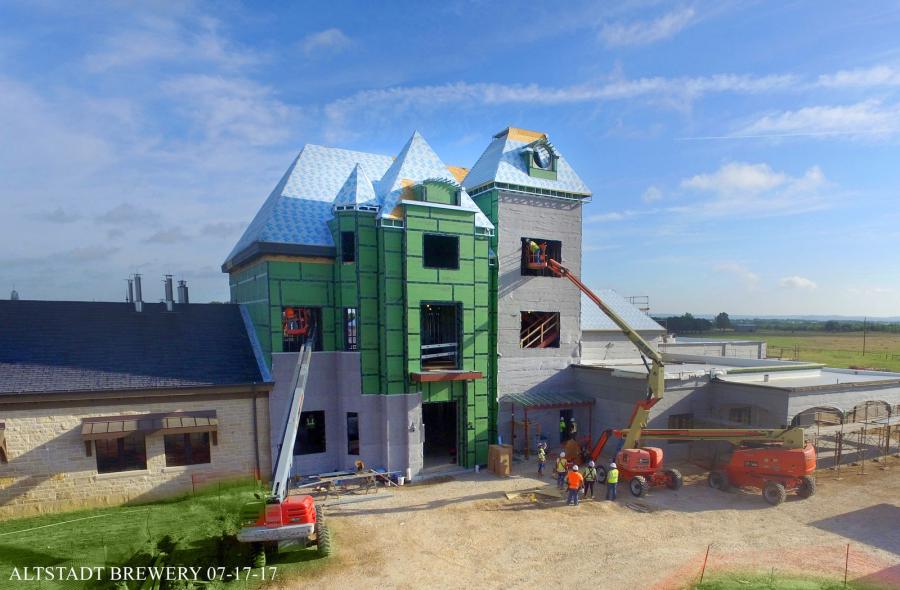 A new brewery development, ALTSTADT, now has completed the frame out on its three-story German Tudor-style grand clock tower.

The ALTSTADT Brewery development, envisioned to be the next community jewel, was designed to fit the “old world” German charm of Fredericksburg, showcasing world-class interior finishes.

Ahead of construction schedule on the brewery, Tom Guido, president of Guido Construction, looked forward to hosting the ALTSTADT tree raising ceremony.

“Everyone's invited to join us as we serve up Bratwurst and exceptional ALTSTADT beer, the perfect match for a Fredericksburg community gathering,” said Guido.

The tree raising or “topping out” ceremony was chosen in the old world European tradition of neighbors helping each other “raise the roof” before the advent of cranes. The entire community was brought together in celebration once the roof was raised and the supports removed. A tree was placed at the highest point of the roof to appease the tree-dwelling spirits of their ancestors that had been displaced in construction.

The Altstadt family, in keeping with small town values of Fredericksburg and its German heritage, invited neighbors and visitors from around the world to enjoy this informal gathering with a complimentary beer tasting.