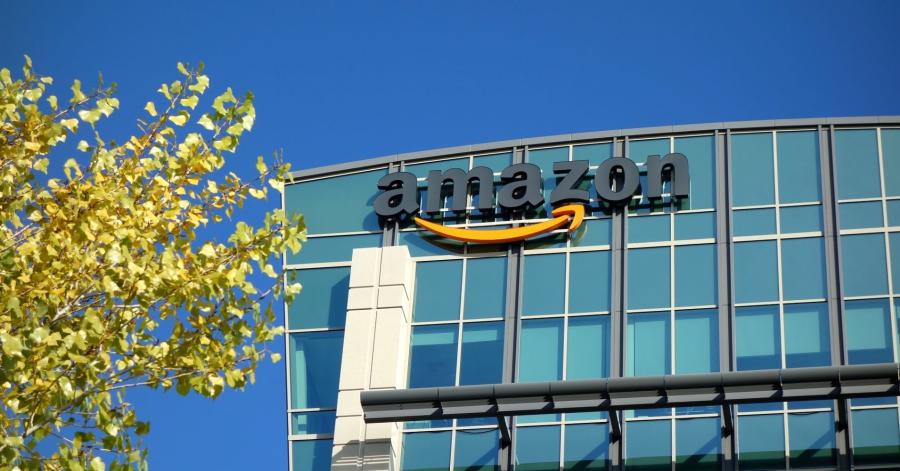 Amazon will invest $5 billion and create more than 50,000 jobs across the two new headquarters locations, with more than 25,000 employees each in New York City and Arlington. (Photo Credit: CNBC)

Amazon has announced that it has selected New York City and Arlington, Va., as the locations for the company's new headquarters. Amazon will invest $5 billion and create more than 50,000 jobs across the two new headquarters locations, with more than 25,000 employees each in New York City and Arlington. The new locations will join Seattle as the company's three headquarters in North America. In addition, Amazon announced that it has selected Nashville for a new Center of Excellence for its Operations business, which is responsible for the company's customer fulfillment, transportation, supply chain, and other similar activities. The Operations Center of Excellence in Nashville will create more than 5,000 jobs.

"We are excited to build new headquarters in New York City and Northern Virginia," said Jeff Bezos, founder and CEO of Amazon. "These two locations will allow us to attract world-class talent that will help us to continue inventing for customers for years to come. The team did a great job selecting these sites, and we look forward to becoming an even bigger part of these communities."

Located just across the East River from Midtown Manhattan and the Upper East Side, Long Island City is a mixed-use community where arts and industry intersect. It is a diverse community with a unique blend of cultural institutions, arts organizations, new and converted housing, restaurants, bars, breweries, waterfront parks, hotels, academic institutions and small and large tech sector and industrial businesses. Long Island City has some of the best transit access in New York City, with 8 subway lines, 13 bus lines, commuter rail, a bike-sharing service, and ferries serving the area, and LaGuardia and JFK airports are in close proximity.

As part of Amazon's new headquarters, New York and Long Island City will benefit from more than 25,000 full-time high-paying jobs; approximately $2.5 billion in Amazon investment; 4 million sq. ft. of energy-efficient office space with an opportunity to expand to 8 million sq. ft.; and an estimated incremental tax revenue of more than $10 billion over the next 20 years as a result of Amazon's investment and job creation.

Amazon will receive performance-based direct incentives of $1.525 billion based on the company creating 25,000 jobs in Long Island City. This includes a refundable tax credit through New York State's Excelsior Program of up to $1.2 billion calculated as a percentage of the salaries Amazon expects to pay employees over the next 10 years, which equates to $48,000 per job for 25,000 jobs with an average wage of over $150,000; and a cash grant from Empire State Development of $325 million based on the square footage of buildings occupied in the next 10 years. Amazon will receive these incentives over the next decade based on the incremental jobs it creates each year and as it reaches building occupancy targets. The company will separately apply for as-of-right incentives including New York City's Industrial & Commercial Abatement Program (ICAP) and New York City's Relocation and Employment Assistance Program (REAP).

The community will benefit from New York City providing funding through a Payment In Lieu Of Tax (PILOT) program based on Amazon's property taxes on a portion of the development site to fund community infrastructure improvements developed through input from residents during the planning process. Amazon has agreed to donate space on its campus for a tech startup incubator and for use by artists and industrial businesses, and Amazon will donate a site for a new primary or intermediary public school. The company will also invest in infrastructure improvements and new green spaces.

"When I took office, I said we would build a new New York State – one that is fiscally responsible and fosters a business climate that is attractive to growing companies and the industries of tomorrow. We've delivered on those promises and more, and today, with Amazon committing to expand its headquarters in Long Island City, New York can proudly say that we have attracted one of the largest, most competitive economic development investments in U.S. history," said Governor Andrew M. Cuomo of New York. "With an average salary of $150,000 per year for the tens of thousands of new jobs Amazon is creating in Queens, economic opportunity and investment will flourish for the entire region. Amazon understands that New York has everything the company needs to continue its growth. The State's more than $100 billion transportation infrastructure program – the most ambitious in our history – combined with our education initiatives like K-12 tech education and the first-in-the-nation Excelsior Scholarship program, will help ensure long-term success and an unrivaled talent pool for Amazon."

"This is a giant step on our path to building an economy in New York City that leaves no one behind. We are thrilled that Amazon has selected New York City for its new headquarters," said Mayor Bill de Blasio of New York City. "New Yorkers will get tens of thousands of new, good-paying jobs, and Amazon will get the best talent anywhere in the world. We're going to use this opportunity to open up good careers in tech to thousands of people looking for their foothold in the new economy, including those in City colleges and public housing. The City and State are working closely together to make sure Amazon's expansion is planned smartly, and to ensure this fast growing neighborhood has the transportation, schools, and infrastructure it needs."

National Landing is an urban community in Northern Virginia located less than 3 miles from downtown Washington, D.C. The area is served by 3 Metro stations, commuter rail access and Reagan National Airport – all within walking distance. The community has a variety of hotels, restaurants, high-rise apartment buildings, retail and commercial offices. National Landing has abundant parks and open space with sports and cultural events for residents of all ages throughout the year.

As part of Amazon's new headquarters, Virginia and Arlington will benefit from more than 25,000 full-time high-paying jobs; approximately $2.5 billion in Amazon investment; 4 million sq. ft. of energy-efficient office space with the opportunity to expand to 8 million sq. ft.; and an estimated incremental tax revenue of $3.2 billion over the next 20 years as a result of Amazon's investment and job creation.

Amazon will receive performance-based direct incentives of $573 million based on the company creating 25,000 jobs with an average wage of over $150,000 in Arlington. This includes a workforce cash grant from the Commonwealth of Virginia of up to $550 million based on $22,000 for each job created over the next 12 years. Amazon will only receive this incentive if it creates the forecasted high-paying jobs. The company will also receive a cash grant from Arlington of $23 million over 15 years based on the incremental growth of the existing local Transient Occupancy Tax, a tax on hotel rooms.

The community and Amazon employees will benefit from the Commonwealth investing $195 million in infrastructure in the neighborhood, including improvements to the Crystal City and the Potomac Yards Metro stations; a pedestrian bridge connecting National Landing and Reagan National Airport; and work to improve safety, accessibility, and the pedestrian experience crossing Route 1 over the next 10 years. Arlington will also dedicate an estimated $28 million based on 12 percent of future property tax revenues earned from an existing Tax Increment Financing (TIF) district for on-site infrastructure and open space in National Landing.

"This is a big win for Virginia – I'm proud Amazon recognizes the tremendous assets the Commonwealth has to offer and plans to deepen its roots here," said Governor Ralph Northam of Virginia. "Virginia put together a proposal for Amazon that we believe represents a new model of economic development for the 21st century, and I'm excited to say that our innovative approach was successful. The majority of Virginia's partnership proposal consists of investments in our education and transportation infrastructure that will bolster the features that make Virginia so attractive: a strong and talented workforce, a stable and competitive business climate, and a world-class higher education system."

"We are proud that Amazon has selected National Landing for a major new headquarters. This is, above all, a validation of our community's commitment to sustainability, transit-oriented development, affordable housing, and diversity," said Arlington County Board Chair Katie Cristol. "The strength of our workforce coupled with our proximity to the nation's capital makes us an attractive business location. But Arlington's real strength is the decades of planning that have produced one of the most vibrant, civically engaged communities in the world. Those plans have paved the way for this investment, and we look forward to engaging the Arlington community about Amazon's plans and how we can grow together."

Downtown Nashville, along the Cumberland River, is the heart of the city just north of the Gulch and is home to urban living, retail, restaurants, entertainment venues, hospitality, open green spaces and offices. The area is served by commuter rail, more than a dozen bus routes, and is a 15-minute drive to Nashville International Airport.

As part of Amazon's investment, Tennessee, Davidson County and the city of Nashville will benefit from 5,000 full-time, high-paying jobs; over $230 million in investment; 1 million square feet of energy-efficient office space; and an estimated incremental tax revenue of more than $1 billion over the next 10 years as a result of Amazon's investment and job creation.

"We want to thank Amazon for its continued investment in the state of Tennessee and are excited about the additional 5,000 corporate jobs they will be creating in Nashville," said Governor Bill Haslam of Tennessee. "It has never been clearer that Tennessee is a great place to do business, and we continue to attract a wide variety of global companies that provide high-paying, quality jobs for our residents."

"Amazon's decision to expand its presence in Nashville is a direct result of the talented workforce and strong community we've built here," said Mayor David Briley of Nashville. "These are quality, high-paying jobs that will boost our economy, provide our workers with new opportunities, and show the rest of the world that Nashville is a premiere location for business investment. We thank Amazon for investing in Nashville, and we look forward to welcoming them to this community."

All economic impact and incentive figures are best estimates calculated by relevant entities in each of the selected communities based on current information. To learn more about Amazon's new sites, visit https://blog.aboutamazon.com/company-news/amazon-selects-new-york-city-and-northern-virginia-for-new-headquarters.