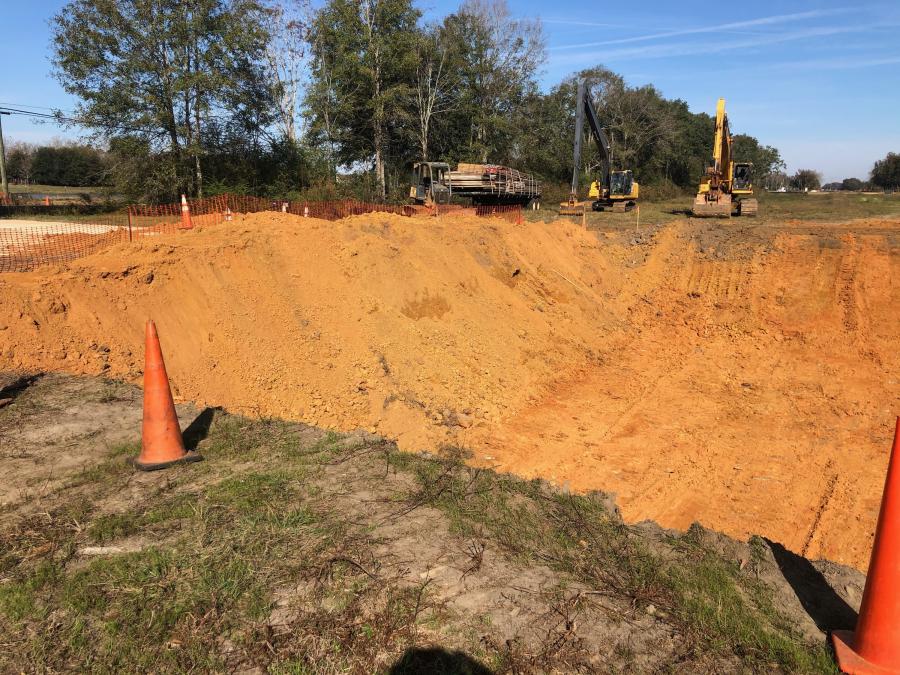 Crews from Ammons and Blackmon Construction LLC began work on ALDOT’s $19.9 million contract to widen SR 181 in 2018 and hope to wrap construction in spring 2021.

Crews from Ammons and Blackmon Construction LLC began work on the Alabama Department of Transportation's (ALDOT) $19.9 million contract to widen 3.9 mi. of the north-south State Route 181 in August 2018 and are looking to complete the project in the spring of 2021.

State officials saw a need to widen the 16-mi.-long stretch of SR 181 nearly 15 years ago due to the growing area and increased traffic that comes with development. During the planning phase, the state decided that the route would be broken into four phases because of budgetary constraints. Widening efforts began on the first section in 2010, but future construction phases were never started due to funding shortfalls in Alabama's overall transportation budget. 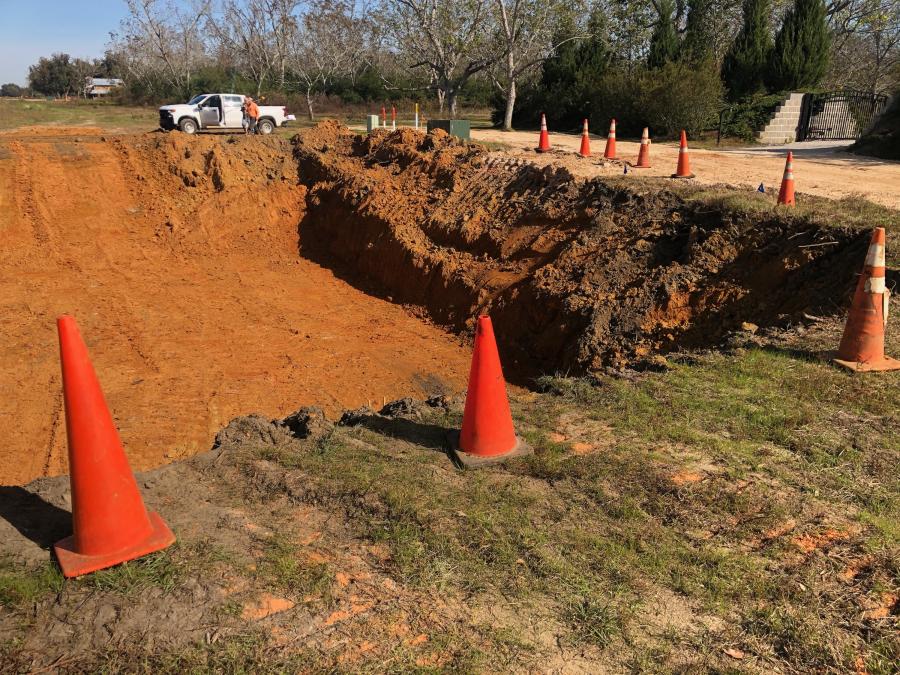 The main goal is to add additional lanes from south of the intersection of SR-104 north of Fairhope to south of the intersection of CR-64 in Belforest. In doing so, the heavily traveled two-lane roadway will accommodate the increased traffic that the area has experienced in the last few years. Other elements include utility relocation, clearing, placing drainage, grading, paving, striping and installing traffic signals.

"The existing lanes will become the two southbound lanes and the newly constructed lanes will be the northbound lanes," said Katelyn E. Turner, ALDOT's southwest region media and community relations officer. "The project planning began in 2008 but due to lack of sufficient funds, it wasn't able to move forward."

When funds from the 2010 BP oil spill settlement became available, this reignited conversations between ALDOT and the Baldwin County Commission, and the two agencies were able to collectively provide funding for portions of SR 181, as well as other much needed roadway projects in the county. Work is being financed with BP ($12.5 million) and state ($7.2 million) funds.

This section of SR 181 was built in the 1970s, and over the years has been subject to repaving and upgrades. Prior to construction, just over 17,000 cars and trucks used the road daily. The widened road will be able to handle 34,000 vehicles and meet local traffic demands for the next 20 years. A combination of consultant engineering firms and ALDOT designers had a hand in designing the new road infrastructure.

"The terrain is very flat and during heavy rain events that we typically have, the roadway can experience flooding and overtopping," said Matthew Sellers, ALDOT's project manager. "Some design challenges included providing sufficient drainage and detention facilities in relatively flat terrain and still meet discharge requirements in terms of stormwater runoff. Construction-wise, frequent rainfall and the coordination of utility relocation are common, minor challenges of our southwest region construction projects. Also, the soils in the area consist of clayey materials, which are finer in composition and makes construction more challenging and requires additional efforts in controlling stormwater runoff in terms of environmental permit compliance." 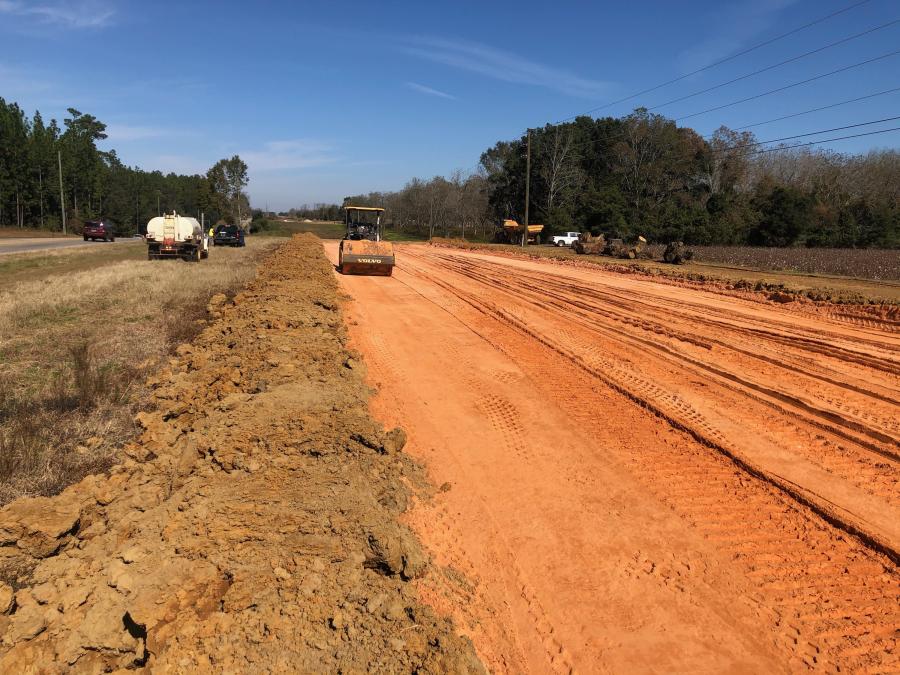 It took roughly nine years for ALDOT to acquire the land for the new lanes. Traffic impacts are minimal.

"There will be occasional, restricted lane closures associated with the project," Turner said. "Drivers are encouraged to slow down and use caution in the work zone."

A grass median with a concrete curb border will separate the northbound and southbound lanes. The median will have turn lanes and signals. So far Ammons and Blackmon has completed 75 to 80 percent of the clearing and grubbing.

"We're very early in the project for utility relocations, and we're close to finalizing all water upgrades from a utility relocation standpoint," said Ken Irwin, Ammons and Blackmon's project manager. "We're self-performing all of the sewer work. One of subcontractors, RAW Construction, did the natural gas relation for us. Rivera relocated their lines. AT&T is not quite finished with theirs. We have begun some road construction on approximately a quarter of a mile — building up an aggregate base and in another area, 1,000 ft. at the bottom of our approach roadbed.

"We've also completed some storm drainage and installed some roadway pipe," Irwin added, "But at this point, the weather has hampered us for the last few weeks — not having enough dry days to get anything done. We're on the Gulf coast and typically this area gets more rain than other part of the United States. What we have is concentrated amounts of rainfall — two days of sunshine and then we get four inches of rain in three hours. We had to clean out two bridge culverts to 100 percent and we're about to start excavating for another bridge culvert which will be finalized when we switch traffic to the northbound road." 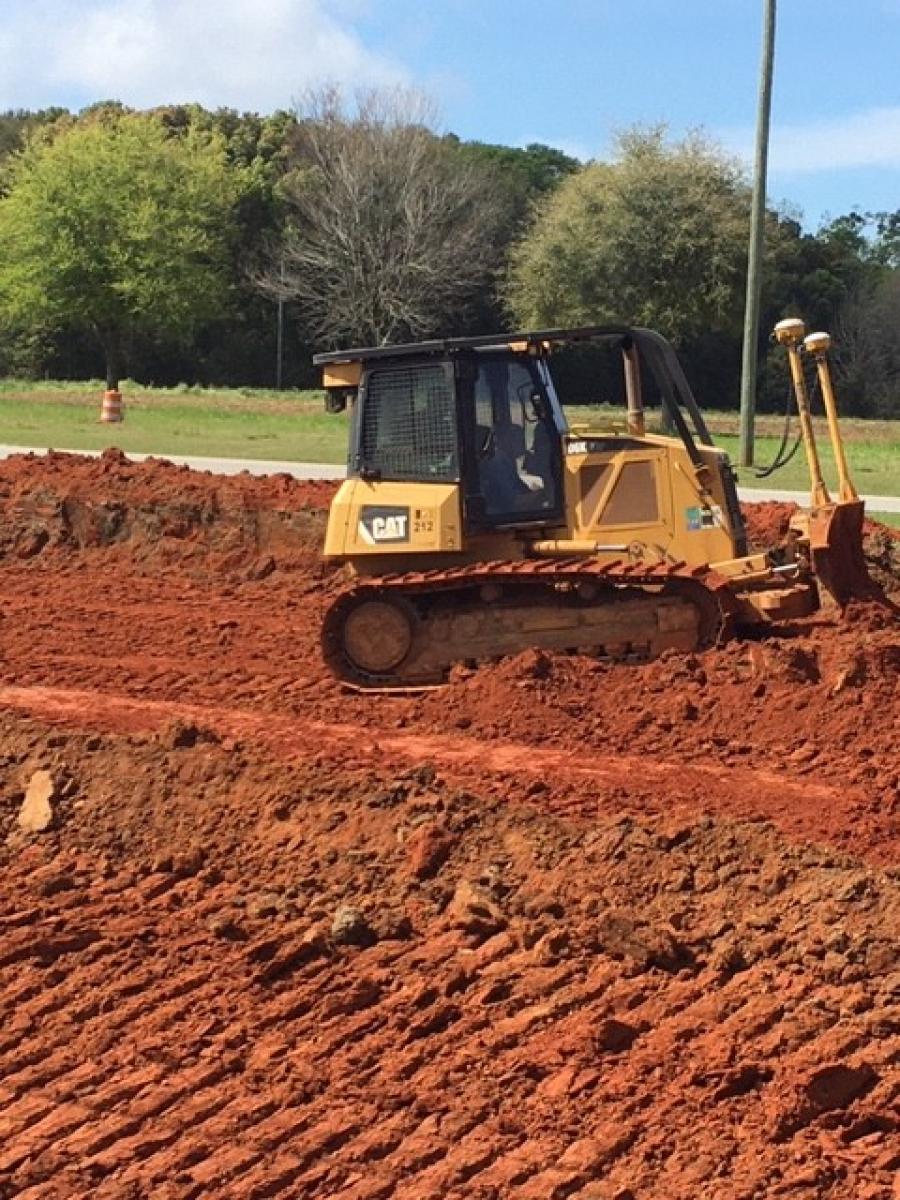 "Part of the northbound relocation will require some temporary signalization at the south end and the major intersections of SR 104," Irwin said. "At that point we'll move the existing road as it is now and begin making improvements, and from a drainage and structural buildup standpoint, start making improvements and move everything to the outside lanes and new road. For the existing road, we will finalize the median improvements. There have been some as we were building up the northbound road, such as the curb — a standup curb, and we'll do as much of that as we can."

The crews are putting in days shifts when they can, although some night work may be required.

"ALDOT has been very fair with the assignment of time if it's too wet to work," Irwin stated. "We don't typically get charged and we resolve issues rapidly."

There are multiple work sites for excavation, borrow placement and bridge culvert operations. The clearing and grubbing operations are proceeding smoothly.

"There was an area that was left wooded, a blue line stream that is acting as a drainage ditch for the existing road," Irwin said. "Later on, we'll build a new ditch and the water will be diverted on the outside of the new lanes. We still have to do some selective clearing. There were a couple of houses that had to be demolished that had some asbestos issues which had to be mitigated. That went well and did not impact the schedule at all."

The excavators and dozers engaged in the clearing work are equipped with GPS systems, and debris is removed daily and brought to a permitted disposal site.

"Most areas are cut approximately 2 ft. on the roadway," Irwin explained. "Every linear foot of roadway is getting two lifts of 6-in., soil approved roadbed, 6 in. of aggregate base, and 6 in. of asphalt. In many areas there's not a lot of elevation changes and we're stripping organics and topsoil."

Lane construction on the northbound section may be completed in the fall and June 2021 for the southbound lanes, which could be extended into July.

"We'll be using one paving crew," Irwin said. "As we get enough established, we'll install a lower binder so we can work off it and as we get closer to ensure that those areas are stabilized and completed the outside drainage area, the northbound lanes will be temporarily striped."

Several bridge culverts will be excavated throughout the project. Irwin is assisted by Wayne Palmer, the project superintendent and Chad Ammons, the owner of Ammons and Blackmon. 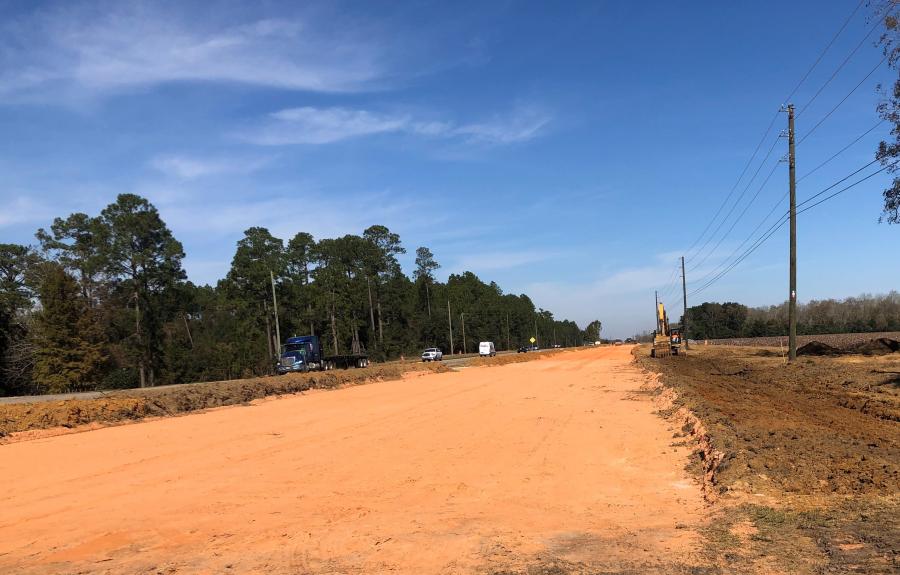 "Palmer has done a good job managing and juggling utilities and roadways, and Ammons is working closely with me, providing a lot of input," Irwin stated. "It's a good team dynamic, and the crews have done well. We're blessed to have some quality individuals leading our teams."

"We're using a lot of tracked equipment and you have a lot of typical wear and tear on your undercarriages and that happens relatively fast," Irwin explained. "We do a good job of keeping up with that. There are also some issues with cutting edges on blades for the grading and operations. We don't have a lot of old equipment and we're in close proximity to our equipment supplier that sends in mechanics as needed. We also have our own in-house mechanic that handles all of our on-site operations."

"When we make a major equipment purchase, we allow all of the major brands to be included in the process," Irwin said. "We're very honest with our approach and we give everyone a fair opportunity to make their pitch. We also have real conversations with each company to let them know what we're looking for and what we think is the best fit from a product standpoint. That allows us to have a pretty good relationship with all the major equipment companies that we deal with. We have a history of integrity in the way we handle our purchases." CEG