Apple said it plans to begin building in early 2018 and is scheduled to take the data center online in 2020. 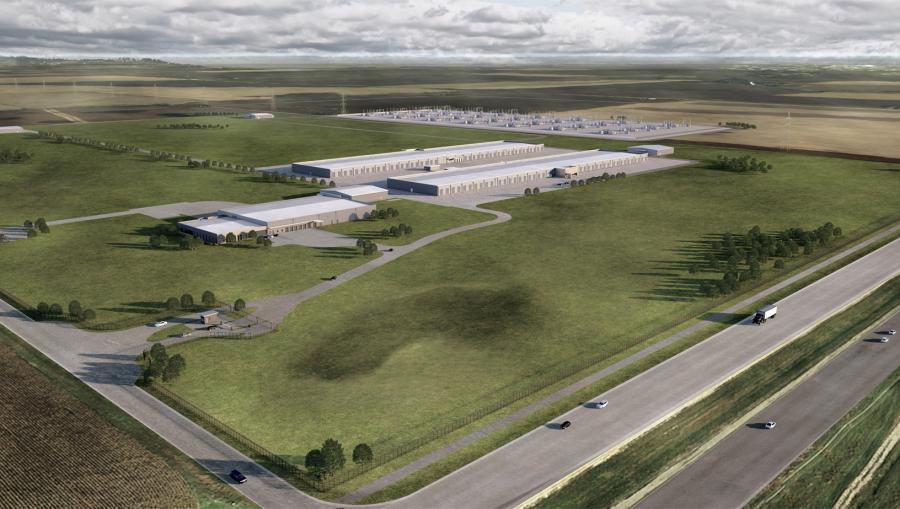 The $1.3 billion project will create more than 550 construction jobs.

“At Apple, we're always looking at ways to deliver even better experiences for our customers. Our new data center in Iowa will help serve millions of people across North America who use Siri, iMessage, Apple Music and other Apple services — all powered by renewable energy,” said Tim Cook, CEO of Apple. “Apple is responsible for 2 million jobs in all 50 states and we're proud today's investment will add to the more than 10,000 jobs we already support across Iowa, providing even more economic opportunity for the community.”

“Waukee is proud to welcome Apple,” said Waukee Mayor Bill Peard. “This new facility will bring with it high-quality jobs and important infrastructure developments for the city. We look forward to a continued partnership with Apple on this effort for decades to come.”

In addition, Apple said it will contribute up to $100 million to a Public Improvement Fund to aid with community development and infrastructure in the area. The fund will be managed by the City of Waukee and will help pay for projects such as parks, libraries, recreational areas and infrastructure improvements. The fund's first project will be the construction of the Waukee Youth Sports Campus, which will include a greenhouse, playground, fishing pier and sports fields.

Just like Apple's other data centers, this one will rely entirely on renewable energy. The company said it plans to team up with local partners to invest in renewable energy projects to provide power for the center.

“We're honored Apple is choosing Iowa for the site of its most technologically advanced data center to date,” said Iowa Governor Kim Reynolds. “Apple's commitment to innovation and renewable energy leadership mirrors our own. This investment in our state is vital as we continue to develop as a technology hub and grow our workforce.”

Apple said it plans to begin building in early 2018 and is scheduled to take the data center online in 2020.