Republican lawmakers from the east and west sides of metropolitan Phoenix are at odds over a proposal to fund a new arena for the Arizona Coyotes. 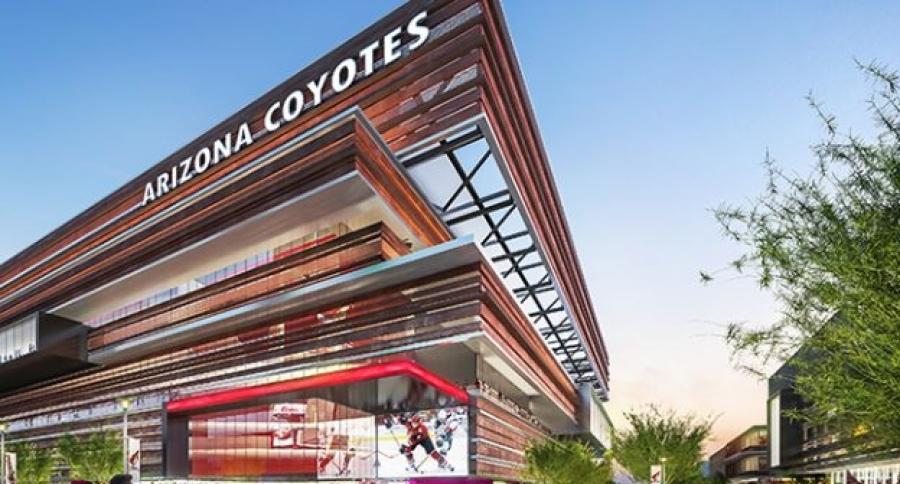 Coyotes President Anthony LeBlanc, said in a statement that the team is focused on staying in metro Phoenix.

Republican lawmakers from the east and west sides of metropolitan Phoenix are at odds over a proposal to fund a new arena for the Arizona Coyotes.

Sen. Bob Worsley's legislation would allow the creation of a new "community engagement district" that would keep half its sales tax revenue to fund arena construction. Worsley said he's trying to keep the Coyotes in Arizona.

The Coyotes currently play in the taxpayer-funded arena but the team and the city of Glendale have been at odds over their contract for several years, with the city cancelling the contract in 2015 then agreeing to an interim deal.

Coyotes President Anthony LeBlanc, said in a statement that the team is focused on staying in metro Phoenix and "Glendale simply is no longer an option."

Developments came just days after Arizona State University announced it was pulling out of a deal to partner with the Coyotes on a new hockey arena near the university's Tempe campus.

The team and ASU had announced in November a plan to build a 19,000-seat arena to be shared by the university and the Coyotes and set a June deadline for finalizing a deal.

Worsley's legislation, Senate Bill 1474, was designed to craft a financing system to help pay what would have been the university's share of the $400 million arena. The Coyotes had said the team would pick up about half the cost.

"ASU is no longer a viable site," the Mesa lawmaker said. "It will become an agnostic location, an agnostic site bill, to give the Coyotes a chance to find the right place. They have been talking to other people as well."

The new sales taxes generated from any new arena are estimated at $20 million annually, with half kept by an arena developer to help finance the new facility, Worsley said.

Kern said that the Coyotes are important for Glendale and the western Phoenix suburbs.

He said the Coyotes should stay in the facility, which was built with $220 million in taxpayer funds in 2003 specifically for the hockey team. Kern said there's still $145 million owed on the arena.

Leblanc said the Coyotes are working to create "one of the most taxpayer-friendly arena projects in the country — an arena and surrounding development that pays for itself, that creates no new taxes and that doesn't use a single penny of existing general fund revenue."

The Coyotes signed a new 15-year, $225 million arena lease deal with the city of Glendale in 2013, but the City Council voted to terminate the lease in 2015. The sides agreed to a restructured lease agreement last July to keep the team in Glendale for two more seasons.

Worsley said he respects Kern's passion for the issue and is trying to keep the Coyotes in Arizona because the team appears to have decided to leave Glendale.

"I'm just trying to save a business that employs [more than] 1,000 people with lots of fans from leaving the state," he said.

The Arizona Senate panel agreed to advance the bill on Feb. 14, setting up a way for the Arizona Coyotes to use tax money to help build a new arena.—AP