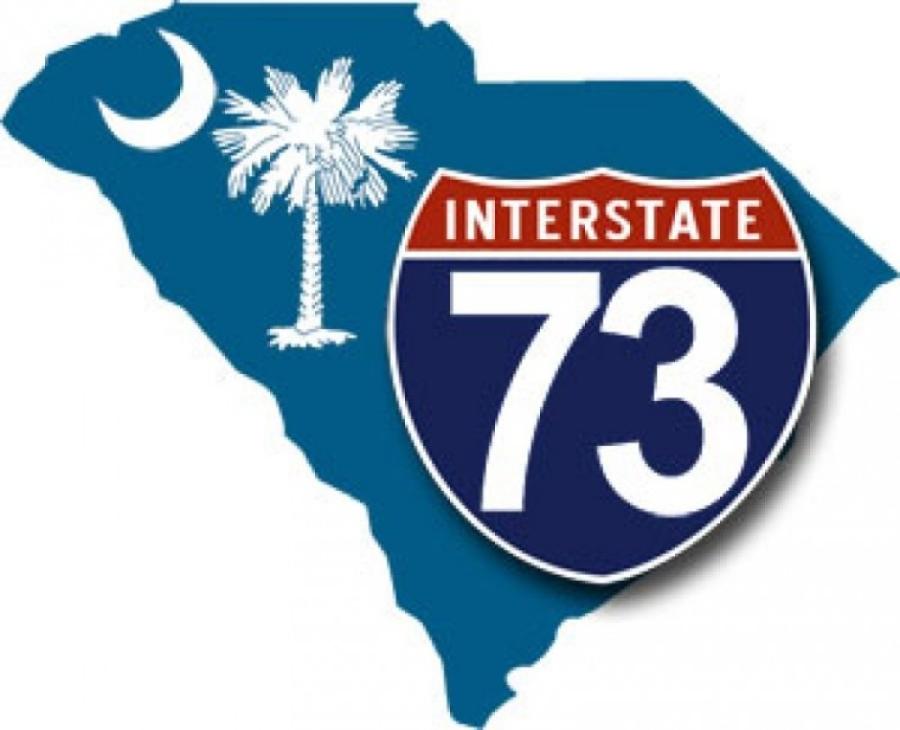 Congressman Tom Rice announced that the Army Corps of Engineers has issued a permit allowing construction of Interstate 73 to the Grand Strand. (myrtlebeachsc.com photo)

COLUMBIA, S.C. (AP) A decades-long proposal to build a four-lane, nonstop path to the heart of South Carolina's tourism industry has cleared a major hurdle, but funding remains questionable.

Congressman Tom Rice announced June 20 that the Army Corps of Engineers has issued a permit allowing construction of Interstate 73 to the Grand Strand.

“We still have a ways to go but we're closer than ever, and I won't stop until this project is complete and people are driving on this road,' said Rice, a Republican from Myrtle Beach.

The announcement comes 35 years after Congress required study for a proposed highway to Myrtle Beach. In 1991, Congress called a Michigan-to-Myrtle Beach route, via Interstates 73 and 74, a high priority.

“This is the largest, single most monumental step toward the fruition of the dreams of a lot of people who are no longer with us,' said Mike Wooten, former chairman of the state Department of Transportation, who is from Myrtle Beach.

The permit covers the project's entire 80-mi. stretch to the North Carolina border. But proponents have focused on the 42-mi. southern section that would link Interstate 95 to the Conway Bypass. That section alone, which would provide long-sought interstate access, is expected to cost more than $1 billion.

Advocates contend I-73 is needed to grow the Grand Strand's economy and alleviate tourist traffic congestion, while opponents argue that the project is too costly, unnecessary and environmentally destructive.

In its 61-page decision, the Corps ruled that a permit is in the public's interest and “that the proposed project is the least environmentally damaging practicable alternative.'

The project would fill 324 acres of water, impacting 17 streams, 139 wetlands and five ponds. It's unclear how much of that is in the southern portion.

To offset the impact, the state has proposed buying Gunter's Island, a 6,134-acre tract in Horry County bordered by the Little Pee Dee River, to become part of the Department of Natural Resources' Heritage Trust program. That's expected to cost approximately $20 million.

The Corps decided doing nothing is not a viable alternative. Maintaining existing roadways to Myrtle Beach will keep them functional for a “finite time,' but they will eventually fail. When they become impassable and congestion worsens, new roads will be needed, which could impact wetlands even worse, the report reads.

Other proposed alternatives involved upgrading the existing four-lane corridor of U.S. 501. But the Corps found major reconstruction would be needed for that stretch to meet interstate standards, including widening the medians and shoulders and constructing frontage roads on both sides so people could access their properties.

DOT's current chairman, Woody Willard of Spartanburg, said I-73 is important for economic development and safety, as a quicker way to evacuate people from the Grand Strand when a hurricane approaches. But the commission will not designate any state money toward the project unless the Legislature passes a law requiring it, he said.

A new road-funding law raises the gas tax by 2 cents starting July 1. The tax will eventually rise by 12 cents over the next six years, to 28.75 cents per gallon.

South Carolina's existing roads are in such bad shape, all of that money must be spent to improve existing roadways, Willard said.

Wooten, a commissioner, insists tolls and local taxes could cover it but said local officials will also be seeking federal help. He hopes construction will start within two years.