California's $54 billion plan to fix roads and fund highway improvements cleared a major hurdle on April 6, passing in the state legislature and setting the stage for what could become a massive spend 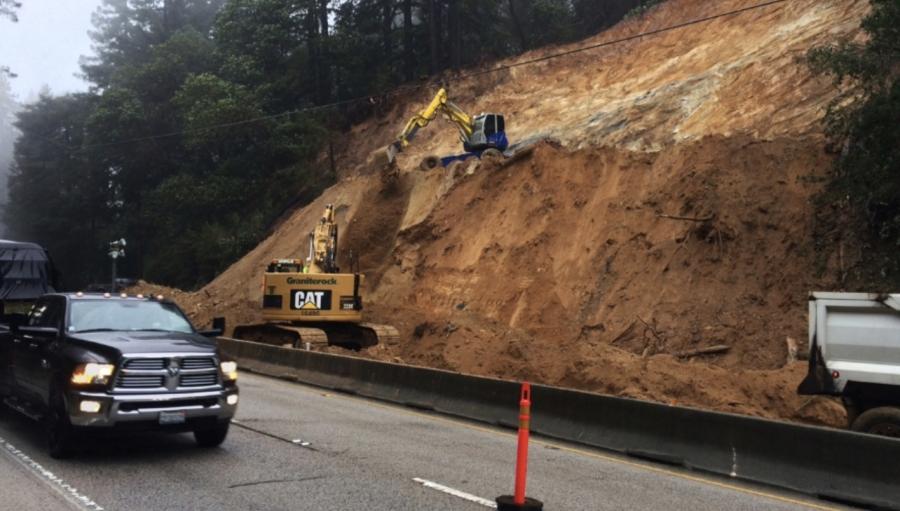 The state had a backlog of more than $100 billion in unfunded transportation needs even before the heavy winter rains caused damage to highways, bridges and local roads.

California's $54 billion plan to fix roads and fund highway improvements cleared a major hurdle on April 6, passing in the state legislature and setting the stage for what could become a massive spending spree.

Positive comments last week from analysts about the state transportation plan sent shares of several construction-related companies sharply higher. Some of them continued to trend higher this week and with passage in both houses of the legislature it's possible they could rally Friday.

Analysts have suggested beneficiaries of the state spending could include Summit Materials, a construction materials producer, and AECOM, an engineering firm. Summit's stock jumped more than 5 percent last week and was up another 2 percent on Thursday.

Goldman Sachs last Wednesday recommended investors buy call options on Vulcan Materials - a producer of aggregate materials used in highway construction - as part of a strategy to benefit from the California transportation spending bill. The call options go up in value when the stock rises, and in the case of Vulcan its shares spiked nearly 7 percent last week.

Also, Cowen last Friday said it sees the California infrastructure spending as particularly lucrative for Granite Construction given the company has a 10 to 15 percent share of the state highway spending already.

The legislation, part of a transportation funding package, provides money for local and state projects to fix roads, highways and bridges as well as to fund other transportation programs. The plan would generate about $5.2 billion in new taxes annually over the next decade by increasing gasoline taxes by 12 cents per gallon to 30 cents per gallon in the Golden State.

The last time the state increased the gas tax was in the early 1990s.

California's Senate voted 27-11 to approve the transportation plan, while the Assembly chamber passed it 54-26, barely reaching the two-thirds required. Governor Jerry Brown has already promised to sign the legislation into law.

Brown traveled throughout the state this week to lobby for the proposal, which also would raise money through vehicle taxes.

According to Brown, the state had a backlog of more than $100 billion in unfunded transportation needs even before the heavy winter rains caused damage to highways, bridges and local roads.

Some Republican lawmakers opposed the plan arguing the state currently has some of the highest gasoline prices nationally and the additional gas taxes would encourage more businesses to leave California.

Critics also contend the state has a history of raising money from gas or vehicle taxes and siphoning the money away to fund programs unrelated to roads, bridges or other transportation needs. That said, backers of the plan insist the legislation includes safeguards to prevent the funds from going to purposes other than for transportation.