At 20 Years Young, IEDA Throws a Conference to Remember 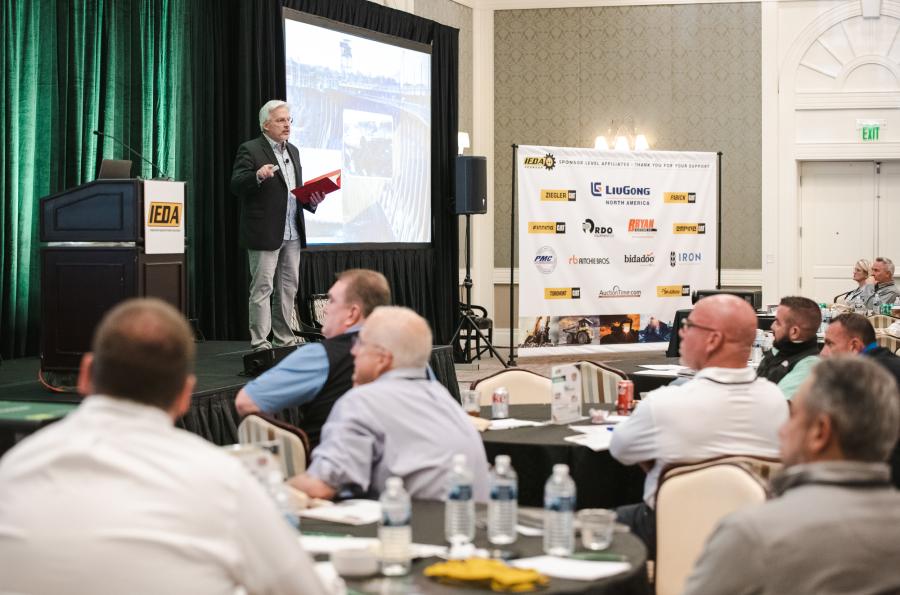 Current headlines about Russia and Ukraine came to life as cyber-crime expert Morgan Wright detailed everything Putin is doing in advance of a physical invasion — and how those same tools will be used by criminals against American businesses.

The 20th Anniversary annual meeting of the Independent Equipment Dealers Association (IEDA) welcomed 130 dealer- and associate-members to the Reunion Resort in Kissimmee on Feb. 11 to 13.

"Our new executive director, Dave Gordon, and his team peeled the roof right off every high expectation we've had for our Orlando event," said IEDA Vice President Steve Udelson, who owns Easton Sales & Rentals with locations in Ohio, Texas and New Mexico.

"A new bar has been set not only on the details that create a memorable gathering atmosphere, but the level of professional business education far surpassed what I've ever seen — I took detailed notes on every single session at this meeting, and so did everyone around me." 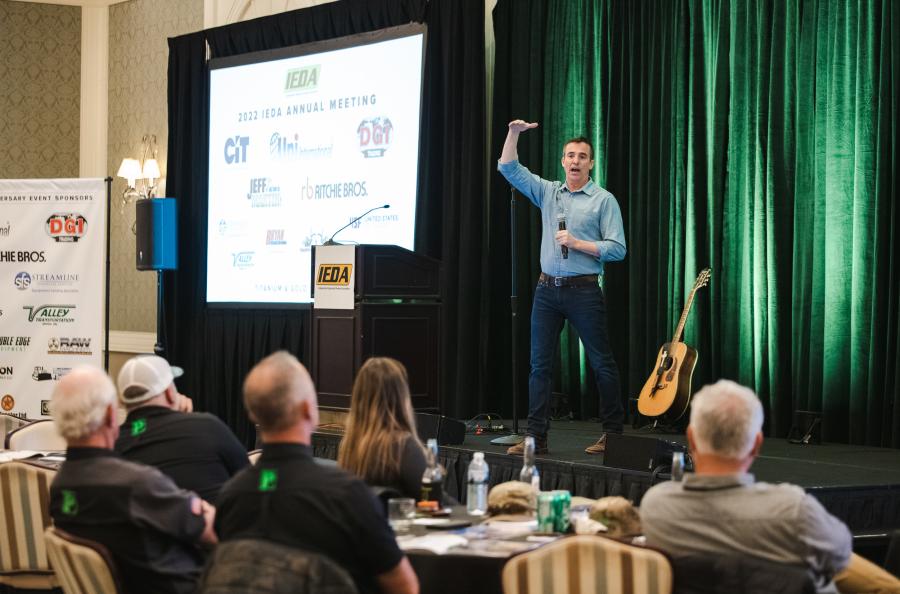 What's Russia Got to Do with Me?

First, a bone-chilling talk from Lunch Keynote Morgan Wright, a Department of Defense- and CIA-insider specializing in cyber-threats, who took listeners straight inside Russia's playbook of the hostile digital strategies currently unfolding ahead of its planned invasion of Ukraine — including the shutdown of power, water, banks, communication and food — and how these same tools and technologies will ultimately be used against American businesses both large and small by cyber criminals.

Wright identified a handful of actions every dealer should do immediately to make their business a harder target.

Closing Keynote Keni Thomas, a former Army Ranger, held the room in rapt attention as he told the "Blackhawk Down" story in which 19 U.S. soldiers lost their lives during an 18-hour urban Somalia gunfight in 1993. Leadership, which was thrust suddenly on him when his squad leader was wounded, is never about title, Thomas told his audience, and it's always about serving the person on your right and on your left.

Throughout Saturday's business program, carefully-curated experts delivered hard-hitting, relevant insight and a well-lit path for dealer profitability in 2022, beginning with market data and analysis from EquipmentWatch Director of Sales Tom Christerson. Next, a power-panel comprising three industry financial and tax pros unpacked details and recommendations for the year's profit planning, ranging from keeping cash at the forefront in an inflationary environment, to taking advantage of federal employee retention credits, planning for the scheduled evaporation of bonus depreciation, and managing state nexus when selling across state borders, not to mention getting auction tax regulations right. 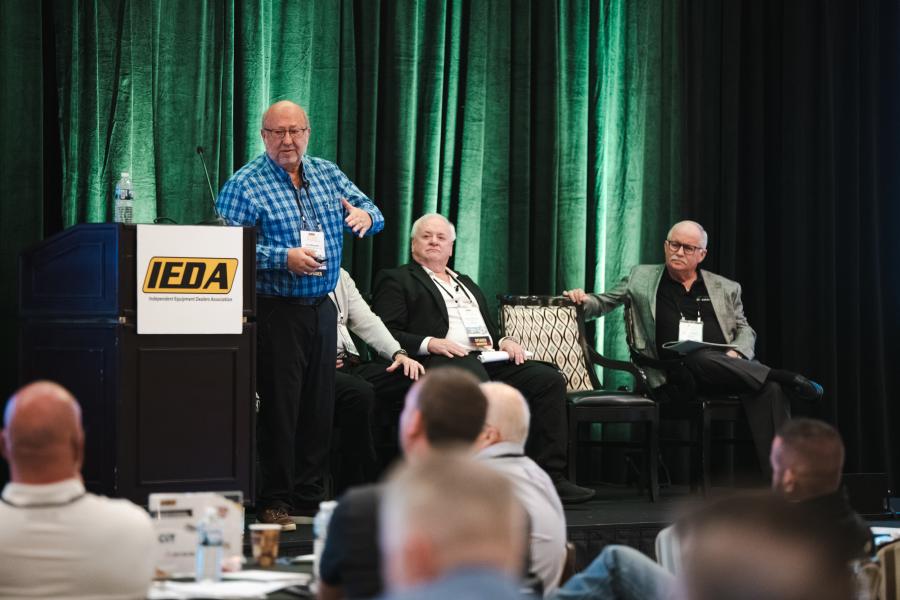 A marketing and branding panel discussion led attendees through the digital strategies to remain top of mind among customers, letting go of being OEM brand-centric and shifting full throttle on creating loyalty to the dealer's brand.

Moderator Mike Marks, a construction equipment distribution authority, also switched on numerous lightbulb ideas in his afternoon workshop, "How to Make a Boatload of Money in the Equipment Business This Year."

Marks underscored that "Bigger isn't better; better is better, so don't screw up the good thing you have by growing for the sake of growing," he said. "The balance of today is how to grow, so pick and choose carefully."

A brief Sunday morning drizzle didn't deter 44 golfers from bringing their swing out of winter hibernation. Spirits were high, drives were long and everyone had a great time in the scramble-style, friendly competition. 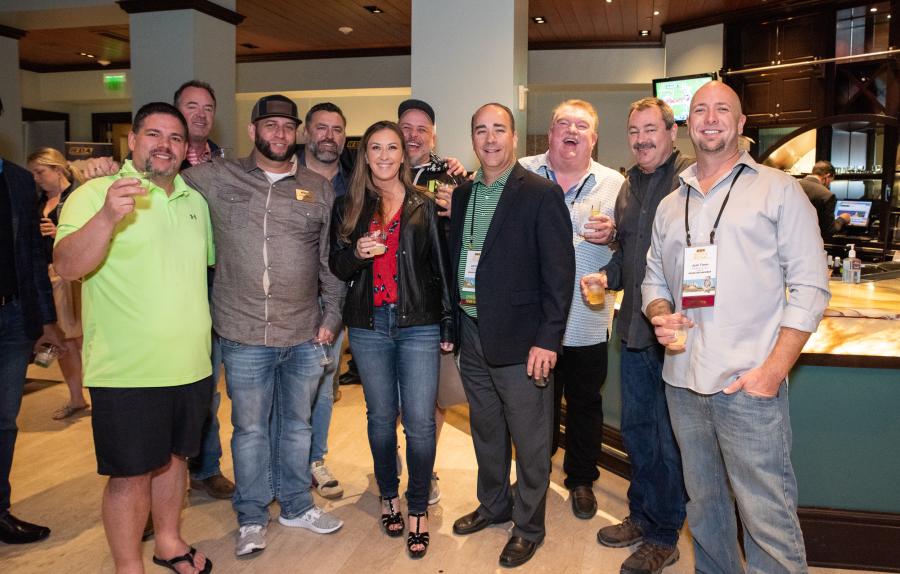 Members huddle-up for the camera during the closing party on Super Bowl Sunday.

"The only thing that makes it possible for us to put so many good things together for a spectacular, three-day annual meeting is the amazing companies that donate financial resources," said Executive Director Dave Gordon. "I give each of them my humble and sincere thanks for their generosity and all-in support of this organization and where we're headed."

Beyond the annual meeting's elevated program content and fun-filled touches, exciting new beginnings are now the hallmark of IEDA as it continues its 20-year anniversary celebration this year, demonstrated in the offering of dealer-specific, accredited continuing education through Ron Slee's Learning Without Scars, as well as expansion of a new student technician scholarship program. It was fitting, therefore, that an extra special new beginning burst into life even before IEDA members arrived in Kissimmee.

Two days before the meeting, IEDA President James Rinehart from Performance Equipment Sales in Erie, Colo., and his wife welcomed their fourth baby, a girl, into their family. It was the only thing that could have kept him away from the Florida festivities, he said. 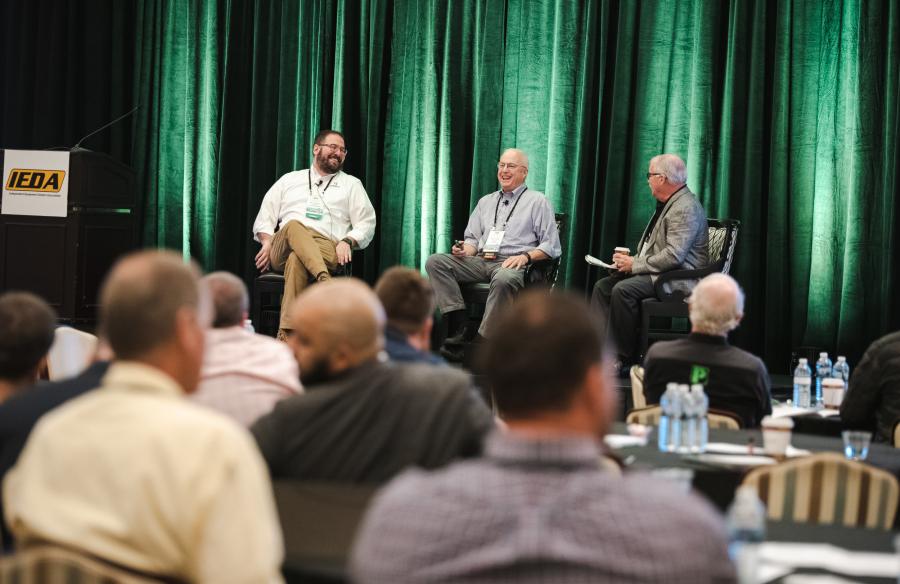