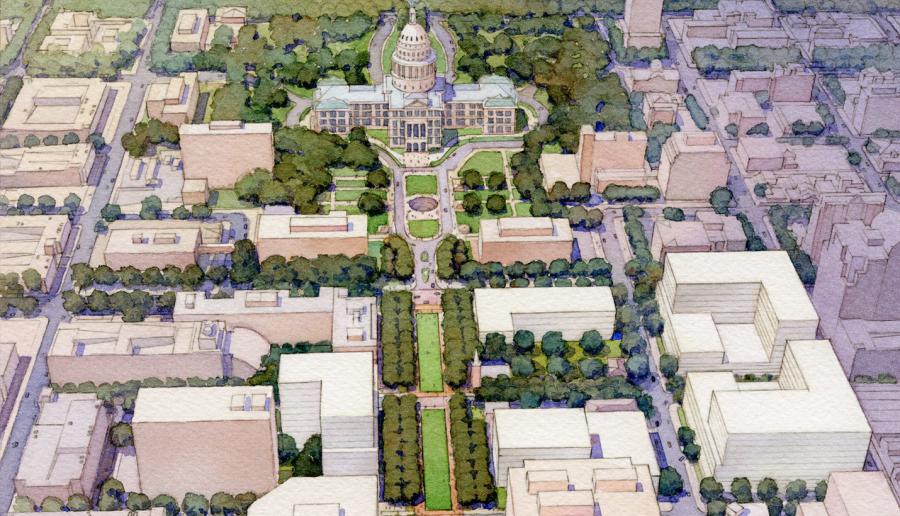 In addition, Balfour Beatty will advise on safety, technology, quality assurance and quality control related to the project. The implementation of these management activities turns the planning, design and construction process into one that maximizes TFC's control over the entire project, adding predictability to the project from the start of programming to completion of construction.

“Our team has helped shape downtown Austin's inspiring skyline since early 2000 with landmark projects such as The Austonian, Northshore, The Independent, and over 500 tenant finish-out and renovation projects in the city's central business district,” said Chris Davis, vice president and business unit leader for Balfour Beatty in Austin. “It is especially gratifying to be a part of shaping Texas history. The bold program for the State of Texas Capitol Complex Master Plan Phase One envisions a living symbol of independence and opportunity, two qualities synonymous with the Texan experience.”

Since 2013, Balfour Beatty has worked extensively for TFC as a preferred contractor managing deferred maintenance in critical state office buildings, many located in the Capitol Complex. The company's detailed knowledge of TFC operations, its relationship with key personnel, familiarity with TFC stakeholders, and expertise in constructability and operational excellence uniquely positioned Balfour Beatty to stand with TFC in building the future of Texas.

Phase One of the State of Texas Capitol Master Plan includes two new office buildings and five levels of underground parking, which will be the base of a new, pedestrian-oriented Texas Mall. This tree-lined promenade will be located on Congress Avenue between 16th Street and Martin Luther King Jr. Boulevard, and will serve as the northern gateway to the Capitol Complex with public green space for tourism, events and festivals.

The two new office buildings will allow the consolidation of state employees currently working in leased space. Consolidating staff has the potential to create operational efficiencies between and within agencies, provide visitors easier access to agency offices, and eliminate the cost of leased office space. With civic spaces, shaded pedestrian-friendly streets and connections to the surrounding community, the project's Phase One will transform a three-block area north of the Texas State Capitol creating a visitor destination that celebrates the Capitol and centralizes all state agencies.

State Senator Kirk Watson, a former mayor of Austin, called the project a significant transformation of a formerly lonely stretch of real estate into a primary pedestrian gathering space, and a greenway with new offices and a cultural venue worthy of the citizens of Texas. George P. Bush attended the event to celebrate the naming of the George H.W. Bush State Office Building in honor of his grandfather's leadership and service to the nation and the State of Texas.

Page was selected as the master architect and Cobb, Fendley & Associates was selected as the site services engineer. The relocation of state agencies and staff into the new buildings is estimated to begin in late 2021. Visit the State of Texas Capitol Complex Master Plan – Phase One website for details, updates, schedules and contact resources at www.tfc-ccp.com.