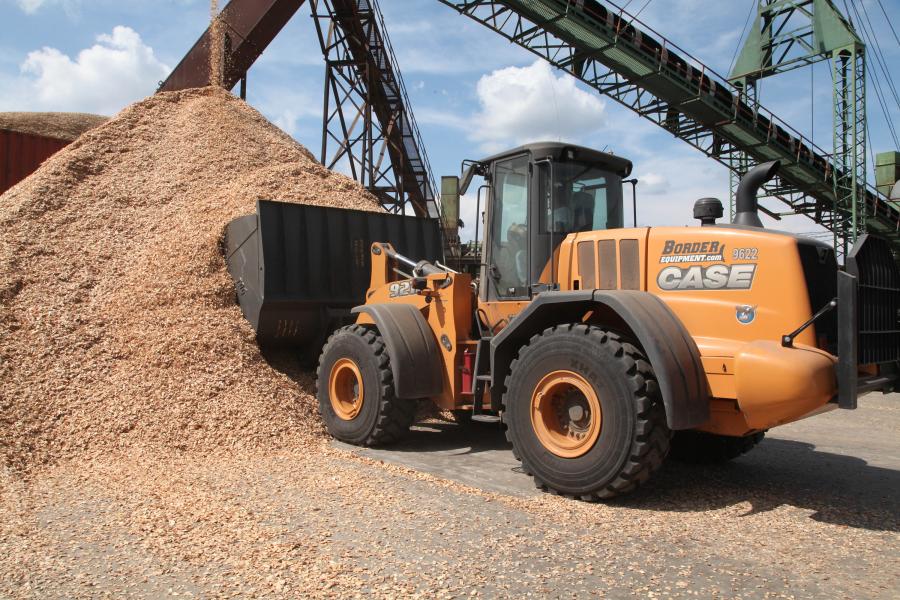 Battle Lumber Company is a family-owned and operated international hardwood supplier headquartered in Wadley, Ga. Located in what is commonly referred to as the Central Savannah River Area — or CSRA — Battle Lumber began as a small, local lumber mill in 1962 with a staff of only eight people. Over the last 55 years, Battle Lumber has grown into an operation with more than 400 employees, with customers all over the world.

Focused primarily on grade lumber, the facility produces upwards of 150-million board feet of hardwood lumber each year, and exports to 20 countries outside of North America.

“Battle Lumber Company was started in 1962 by my grandfather. My grandparents started here on this site as a small furniture square mill,” Battle said. “They then moved into the pallet side of things and grew the pallet business through the '80s. In the early'90s we expanded our grade lumber operation, and built our grade mill, installed our first dry kilns and started exporting lumber. Throughout the '90s and into the early 2000s, we just expanded on those operations, trying to improve it by putting in first-class equipment to maximize the most recovery out of every log we bring in. That's one thing we take a lot of pride in, is having the most high-tech sawmill equipment around.”

Battle Lumber deploys a fleet of approximately 75 active pieces of rolling stock throughout their day-to-day operations. While they utilize multiple types of equipment on site, Battle credits his wheel loader fleet for keeping the operation running.

“The wheel loaders are the heartbeat of the operation,” he said. “The wheel loaders have several different responsibilities — primarily to take logs from the bucket lines, or from the ground saws and transporting them to the mill. They can go directly to the mill, where they are either placed on a deck that transfers them to the mill, or on the base of a loader that transports them to the deck. They also will take odd pieces that the saws maybe cut that time, and take them to another spot in the yard and stage them up to be processed further.”

“Uptime is our biggest challenge,” Battle said. “We try to size our wheel loader fleet to exactly what our operation needs. We need as close to 100 percent uptime as we can get.”

In a high-capacity lumber production environment, sawdust and other combustible dust/debris is everywhere. This can create challenges with certain types of Tier IV machines — particularly those that require a high-temperature regen cycle to burn off particulate matter. Case wheel loaders are equipped with Selective Catalytic Reduction (SCR) technology, an integrated aftertreatment system that helps lower the exhaust temperatures of the machines, and eliminates the need for any kind of regen cycle. This greatly reduces the likelihood of fire events in dust-laden environments.

“Our past experience with other wheel loaders is that they used burn-off systems,” said Battle. “We had some fires because dust gets trapped in the places on these machines that even with weekly pressure washing, you don't always get them clean. There can be a lot of dust built up over time. So that played a big factor, to do away with the burn-off and some of the excess heat that is required for that type of system.”

Another contributing factor to the low-temperature solution for Battle Lumber was how Case situated its coolers. All Case wheel loaders feature innovative cooling technologies that keep operating temperatures down, keep the engine compartment clean and provide easy access for routine cleaning.

Models in the 131-225 hp range feature a Case-exclusive mid-mounted cooling module, which pushes the engine lower and further back towards the rear of the machine, improving balance and stability. Models 296 hp and up feature the Case cooling cube, and include a standard variable-speed reversible fan — an option on the smaller models — that further minimizes the need for manual cleaning.

“With the amount of rolling stock that we have out here, any amount of fuel savings is huge. When you compete to buy your raw materials and you compete against the same people who sell your finished product, it's [about] how cheap you can process it in the middle, so you know where you can save money. It's big at the end of the day.”

Battle's new Case wheel loaders are providing up to one gallon per hour in fuel savings per machine, which adds up tremendously on a round-the-clock operation.

“We're right around four to four and a half [gallons per hour] on a heavy operation day,” said Battle. “Some of the machines that aren't getting run as hard, they'll be down into the low threes, but the machines that are really getting pushed out in the rough environment, handling the heavy loads — [they get] four to four-and-a-half gallons per hour. That's better than our previous wheel loaders were doing.”

Operating in harsh environments can have a real impact on productivity. Battle chose to equip his Case wheel loaders with ride control, which is designed to improve productivity and material-retention while reducing shock loads on the machine and operator.

“We are in a lumber yard. We have a lot of concrete around but there are sticks on top of the concrete — these loaders do go off into mud holes. Any hole that you have on the yard, you can imagine how the shock and impact of carrying a load goes back to the operator. Anything we can do to make the operator a little more comfortable and we feel like it's easier on the machine, takes some of the abuse away from the machine with the ride control.”

For Thomas Battle, one of the true measures of equipment ROI comes down to productivity in the yard, and his new wheel loaders allow him to achieve greater productivity with fewer machines in operation.

“These loaders are loaded with power, they tote the loads well so it allows my operators to be more productive around the yard. They carry in larger loads at higher speeds, so they have allowed us to be more productive. We're actually doing what we used to do with four to five loaders with three everyday. Even on our best mill production days, these loaders have no problem keeping up the pace.”

Battle Lumber Company runs day shifts and evening shifts, so they equipped their Case wheel loaders with an available LED light package, which has proven to be beneficial for both the evening and day shifts.

“The LED lighting packages on these loaders have been very beneficial to us because some of these loaders run around the clock,” said Battle. “Even the ones that don't run around the clock, a lot of times they start up before the sun comes up and don't shut down until the sun goes down. A cluttered log yard and a mill yard environment like we're in, there's a lot of dust and a lot of shadows — log piles here and there. The LED lights have allowed us to work safer, longer into the night and earlier in the morning, and give our operators much more visibility than we've ever had before.”

“In any operation, safety is by far everybody's top concern. The rear-view cameras give us kind of a second sense of safety. They give our operators a little more comfort. They can use the rear-view mirrors and their cameras without having to sit out there in the seat all day long and constantly turn behind them. We feel like that with the cameras in place and the mirrors, the operators can see his surroundings much better.”

All Case F-Series wheel loaders come standard with Case ProCare, a suite of product assurances that includes a three-year telematics subscription. This has given Battle Lumber the opportunity to begin exploring telematics and to get a clearer perspective on the utilization rates of its wheel loaders.

“We're starting to generate reports off of it, measuring uptime. Not the machine actually being able to run, but actually how hard our operators are pushing it. We are monitoring fuel usage as well,” said Battle. “I think it gives you the ability to size your fleets much more accurately, if you have some time to actually study it and get some seat time under your belt with it. You can say, 'Well hey, I could do this with four machines instead of five machines if they were running at 95 percent efficiency.' It shows you what operators are pushing loaders to the limit and which ones aren't.”

The company also credits the attention of its dealer as a primary factor in ensuring optimal uptime.

“One of the biggest factors that went into that decision is probably the dealer support,” said Battle. “Border Equipment came down, and they put a good presentation in front of us. We felt like we had their 100 percent support. We felt like they were going to stand behind their product, and that it would be a good fit for us.”

As a third-generation saw miller, Thomas Battle is proud to be a part of a family-owned company that has grown into an international business. Their growth has been continuous over the generations, and they are showing no signs of slowing down. Even with the operation at its current size, the company continues to grow and diversify through intelligent equipment investment and a hands-on management approach.

“Just a couple of years ago we started on a new venture and put in our timber mill, which is a mill that focuses on timbers — cross ties, crane mats — and we also cut a lot of pine pallet material and even pine grade on that mill as well.”

“I guess not too many people wake up one morning and say, 'Hey, I want to be a saw miller. I want to come work at the saw mill.' You're kind of born into it a little bit. To do what we do and love it everyday, you have to eat, sleep and breathe it.”