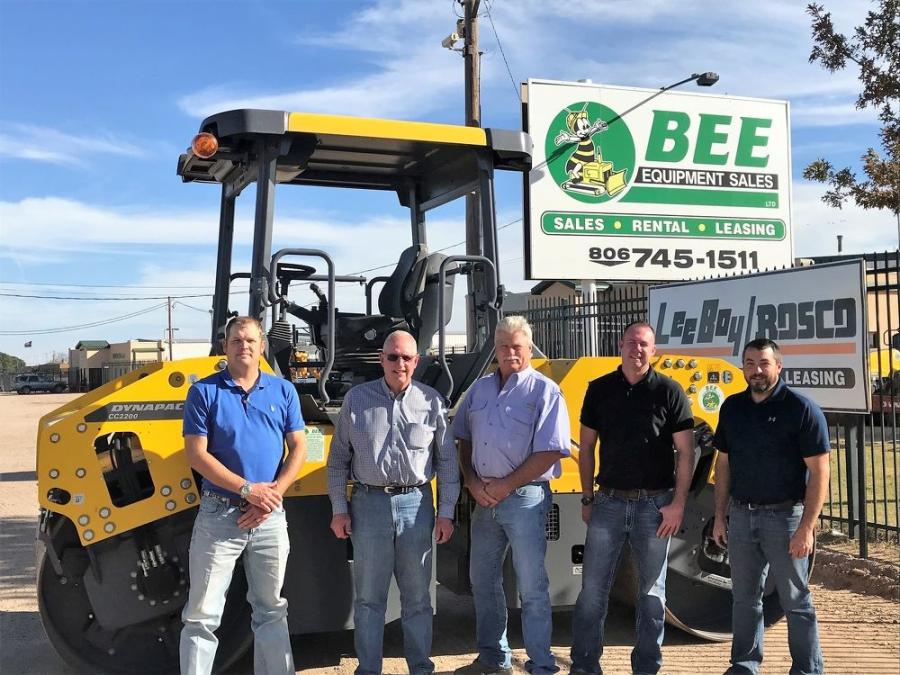 Lubbock, Texas, is home to one of the largest compaction equipment dealers in the United States. But the folks at Bee Equipment would just as soon keep that a secret.

“We're not real splashy,” said Bee's owner, Everett Monroe. “Most of us here are Lubbock born and bred. What we really care about is being the best at what we do, where we do it.”

What Bee does is sell and service compaction and paving equipment, as well as renting earth moving machines. Their service area is West Texas and Eastern New Mexico, and they are a market leader in that area.

Founded in 1981 as a heavy equipment rental house, Bee had only about 10 machines in their fleet when Monroe joined the sales team in 1984. It took some arm twisting for Monroe and fellow salesman, Larry Green, to convince the ownership that there was a huge opportunity to sell compaction equipment to municipalities in Lubbock and surrounding cities.

In 1986, Bee took on the Dynapac line, one of the few rollers on the market at the time. Over the next 30 years, it grew to be one of the leading Dynapac dealers nationally.

While the equipment has changed and the markets have fluctuated, Monroe's team has remained astoundingly consistent for the past two decades.

Vickey Ford, known by the staff as “The Queen Bee”, is in her 30th year with the company.

Consistency among the staff has been critical to the company's growth, according to Monroe, especially considering the roller-coaster nature of the oilfield business, which accounts for 50 percent of its sales.

Still, “our market is not as up and down as the rest of Texas,” Monroe said. “We are a little more steady, thanks to the government and agriculture segments.”

Notably, the company provided equipment to Granite Construction when Interstate 27 was being constructed and later for the Marsha Sharp Freeway, a major loop around Lubbock.