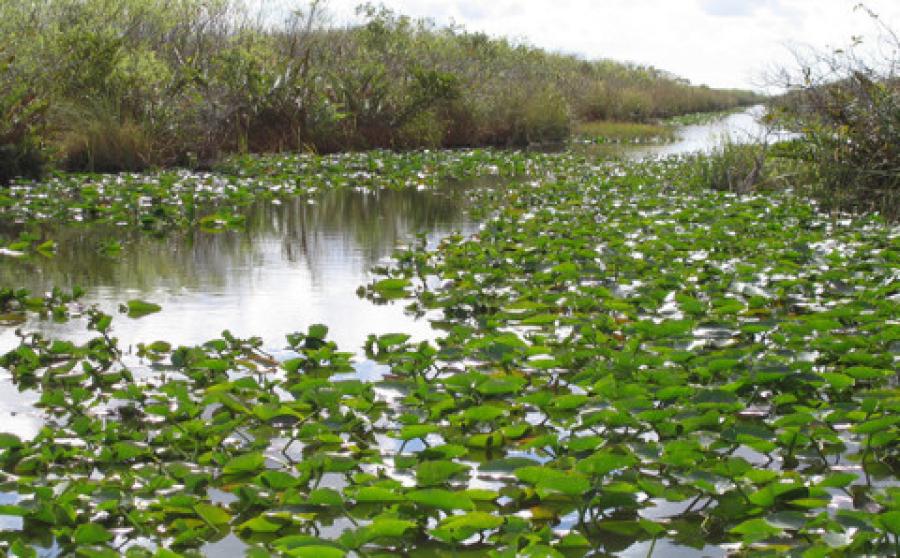 Contractors have until the beginning of July to bid on a project to raise a 6.5-mi. segment of the Tamiami Trail, the final step in infrastructure to increase the flow of fresh water to the Everglades and Florida Bay.

"The deadline for bids is early July," said Alecia Collins, deputy communications director of the Florida Department of Transportation (FDOT), which is co-managing the project with the National Parks Service.

The FDOT advertised the Tamiami Trail Next Steps Phase 2 Project on April 28 as a low-bid design-build contract.

"Construction is expected to begin this fall," she added, "and will be completed in spring 2024."

Florida Gov. Ron DeSantis recently called the project "a key component of the Comprehensive Everglades Restoration Plan," which was authorized by Congress in 2000 to "restore, preserve, and protect" the South Florida ecosystem while providing for other water-related needs of the region.

The plan, estimated to cost more than $10.5 billion within a 35-year timeline, is the largest hydrologic restoration project ever undertaken in the U.S., according to the National Park Service's website.

Improvements to the Tamiami Trail began in 2008 with construction by the Army Corps of Engineers of a 1-mile bridge at the trail's eastern end. In 2019 the FDOT completed Tamiami Trail Next Steps Phase 1, which involved removing the existing roadbed and constructing two new bridges.

DeSantis announced a year ago that, with $60 million from the U.S. Department of Transportation and $40 million from the state, full funding for Phase 2 of the Tamiami Trail Next Steps project had been secured.

The Comprehensive Everglades Restoration Plan seeks to repair injuries done to the Everglades ecosystem during construction of the Tamiami Trail in the 1920s. The roadway has blocked water flow from Lake Okeechobee to Florida Bay ever since.

"Because we have such a flat landscape, the way to make water flow in South Florida is to raise the water level," said Steve Davis, communications director and senior ecologist at the Everglades Foundation, a nonprofit dedicated to restoration of the immense ecosystem and nearby protected natural areas.

"Bridges help," he explained, "but the real key is to raise the water level to get more water under the bridges. Because the trail was not built to modern roadway standards, we currently can't do that."

The project, Davis said, "will scrape it down to bedrock at an elevation that allows us to raise it to levels that have been cut off for nearly a century."

The next piece, he reported, will be construction of the Everglades Reservoir, described in the restoration plan as "an above-ground reservoir directly south of Lake Okeechobee, in the 500,000 acres of sugarcane fields that make up the Everglades Agricultural Area."

"We hope to see funding from the federal government to start this year," Davis added.