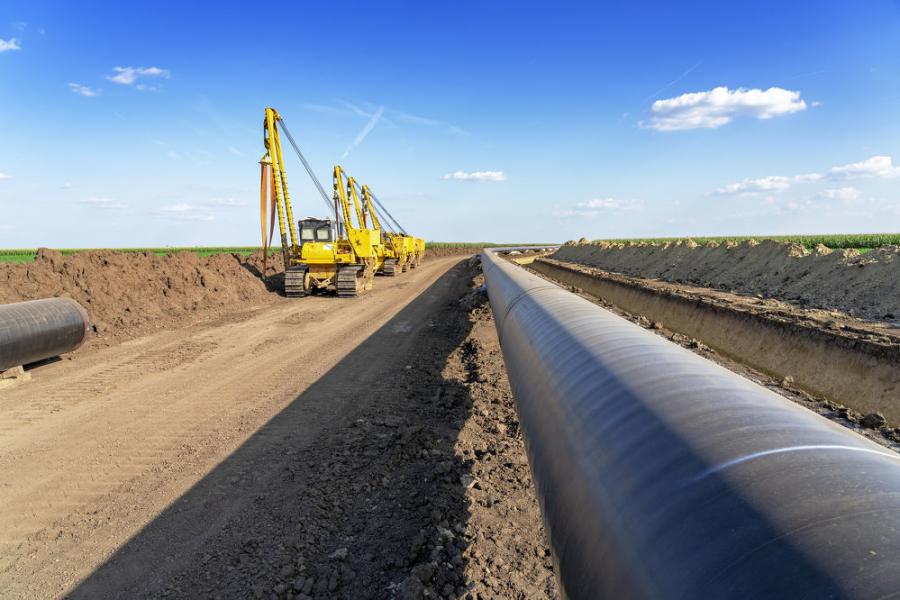 ARTBA and other industry associations supported the Keystone project for its economic benefits, including much-needed jobs in the transportation construction sector.

President Joe Biden signaled changes in climate and energy policies when he signed a slew of executive orders on his first day in office. Though some consider this a positive move toward reducing global warming and carbon footprint, others see it as adversely affecting the construction sector and a threat to the economy, which President Biden campaigned to support.

Biden signed a "regulatory freeze," halting agency activity until all appointees are installed.

"In practical terms, this action stops agencies from moving forward on any proposed rules, which have not yet been finalized," said Nick Goldstein, ARTBA vice president of regulatory and legal issues.

The 1,700-mi. Keystone pipeline has been on-again, off-again, depending on which administration held United States office.

A massive project, it would carry roughly 800,000 barrels of oil a day from Alberta, Canada, to the Texas Gulf Coast.

In 2013-14, the project was criticized by Native Americans, environmentalists and ranchers. 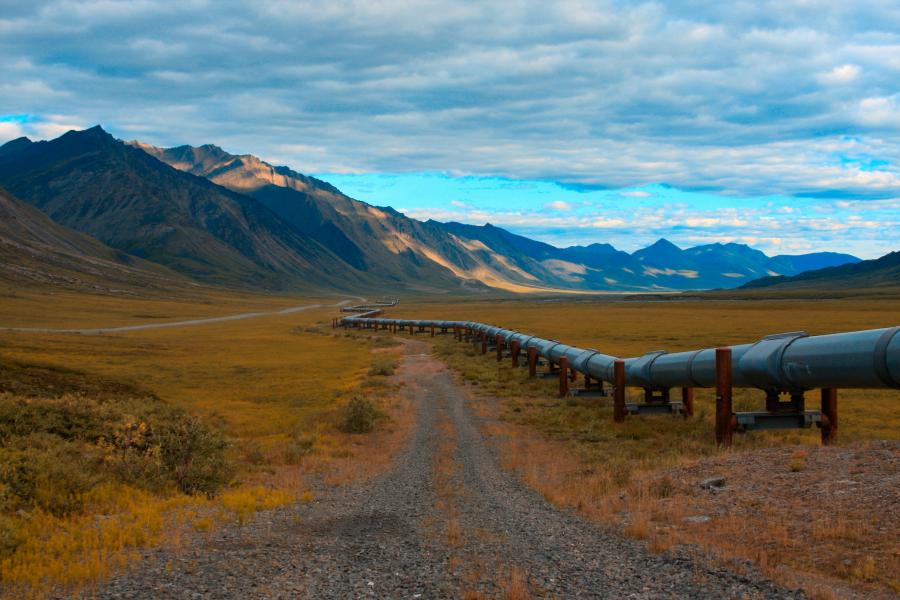 In 2015, President Barack Obama shut down the northern leg of the project after outcry from the public.

President Donald Trump signed an executive order in 2017 approving permits for the northern end of the project.

The pipeline would pass through Montana, South Dakota, Nebraska, Kansas and Oklahoma.

Energy service provider TC Energy decided to terminate more than 1,000 construction jobs as a result of the permit revocation.

"The project's suspension will result in several job cuts even when it intended to use renewable energy sources to power the pipeline system," the company said in announcing its displeasure with Biden's action.

"Earlier, the company announced its plan to wipe out more than three million tons of CO2 equivalent," said the company.

The plan was an attempt to convince Biden that Keystone XL fits into his ‘Build Back Better' agenda, according to TC Energy.

"ARTBA and industry allies have supported the project, citing its potential for creating significant economic benefits, including much-needed jobs in the transportation construction sector," said Goldstein.

Brian Turmail of the AGC was not so optimistic about Biden's swift actions. He said his association hopes the actions are not part of a broader plan.

"It's not a positive sign that someone who claims to be a union president killed 1,000 union jobs when he came into office," said Turmail, vice president, public affairs of the association.

"We hope this was done to placate the radical wing of the democrats and not a foreshadowing of a broader infrastructure agenda by the president."

Turmail said the moves give association members pause for concern. "We wonder whether this president is focused on rebuilding infrastructure or placating environmental activists."

The irony, he said, is the Keystone revocation won't stop the shipment of fossil fuels but will instead create more environmentally damaging methods of moving the oil.

It will require the oil to be moved via rail or truck, requiring "far more energy to move than by pipeline."

The association's position is the revocation "doesn't make a lot of sense" environmentally, Turmail added. "From an infrastructure point of view, it's troubling."

And from an economic point of view, "it's not a direction our economy should be heading right now," he added.

Turmail did say it's still too early to forecast long-term effects of the revocation, especially "when one project has such an effect on a broader market."

But, he added, AGC members expect the majority of construction will contract in 2021, and this doesn't help.

"It's an already-difficult economic climate. We don't need difficult and unfriendly political environment as well," he added.

The Associated Equipment Distributors (AED) is just as concerned by President Biden's actions.

Daniel Fisher, vice president, government affairs of AED, said association members have provided "a lot" of equipment in the United States and Canada for the project. 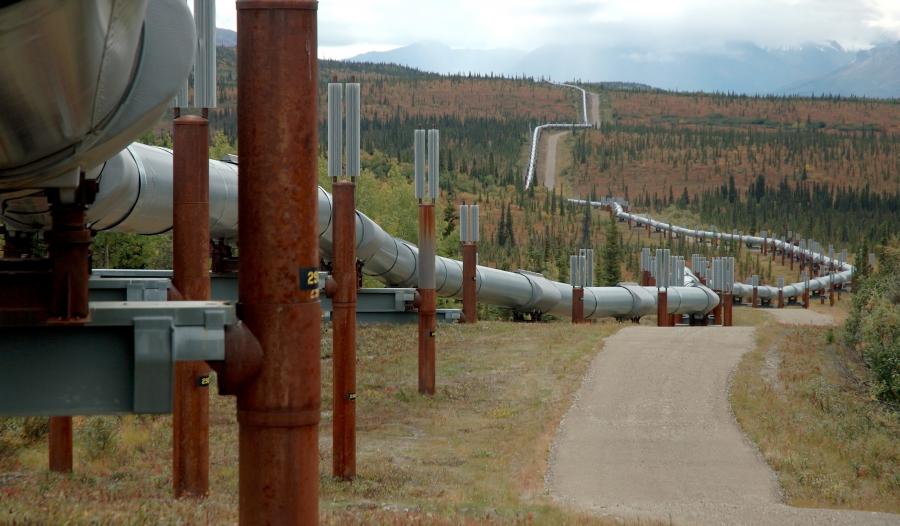 They'll be hit hard by the Keystone Pipeline permit's revocation, he said.

Revoking the permit "effectively kills continuation of construction in the U.S. and Canada, unless President Biden decides to reverse his actions at some point."

In the very near future and long-term, it will likely mean contractors working on the pipeline will no longer have need for equipment, said Fisher.

That means purchase orders and rental agreements for equipment out there will be cancelled or delayed.

"We also wonder how this could impact future large pipeline projects," he said.

Fisher noted that this project had been reviewed for 10 years by previous administrations. "It represents virtually no environmental impact."

The pipeline construction work would be performed by union workers and run entirely on renewable energy, he said.

"It's one of the more environmentally-friendly pipeline projects, so I doubt the future of any larger pipeline project as long as we have this current administration for the next four years or so," Fisher added.

He said AED as a whole is hopeful the administration will reconsider its stand on these issues, for the sake of the construction industry and the economy.

"We hear a lot of buzz" in the industry, he said, noting there was been broad support for the Keystone project.

"We're in shock, but we're holding out hope the Biden administration will take another look at its climate and energy policies," said Fisher.

One EO he repealed was the One Federal Decision, shortening national EPA reviews to two years.

He also repealed the two-for-one EO mandating that two rules be repealed for every one that is enacted, said Goldstein.

"Additionally, the EOs will start a review of dozens of federal regulations enacted by the Trump administration, including many supported by ARTBA," he said.

Beyond NEPA modernization, ARTBA backed the Navigable Waters Protection Rule, which replaced the Waters of the United States rule.

"While the results of this review are unknown, any changes made to these rules are subject to the public comment process," said Goldstein.

For transportation projects, "this could mean an increased focus on studying how proposed projects impact minority and other underserved communities."

Goldstein noted that the Biden administration also issued an EO directing OSHA to evaluate whether an emergency temporary standard (ETS) covering all employees and all industries is necessary to combat COVID-19.

"ARTBA will evaluate all proposals from the new administration on their merits," Goldstein said.

The association will also "continue to push for a regulatory environment that promotes efficient, safe and cost-effective delivery of transportation improvement projects," he added. CEG