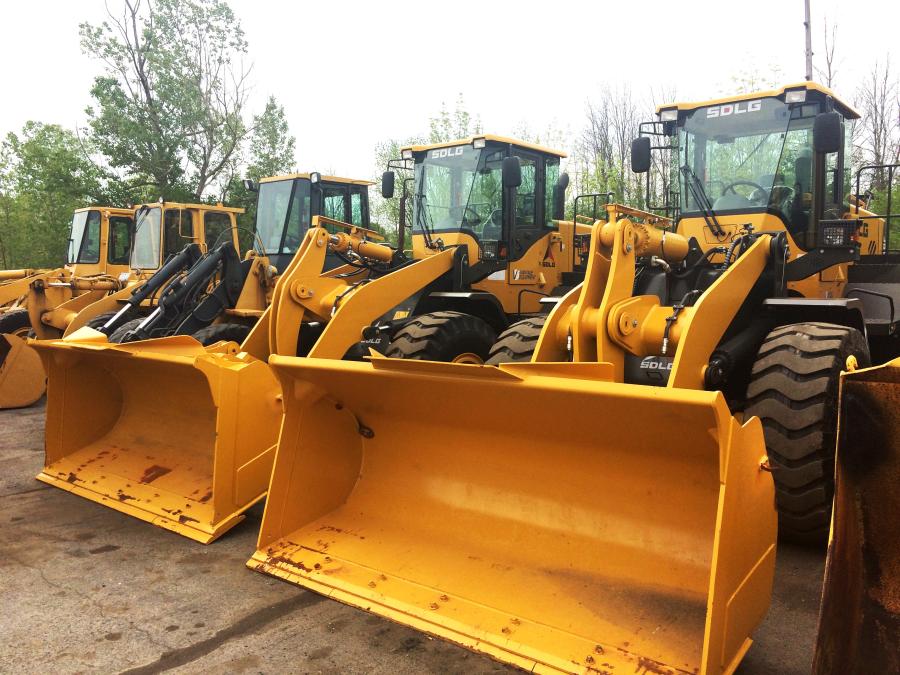 Boon & Sons has been offering snow removal services to residents in upstate New York for more than 20 years. Located mere mi. from the city of Rochester, where average snowfalls approach 100 in. per year on a regular basis, the company is more than familiar with tough winters and the equipment needed to deal with their effects.

The North Chili, N.Y.-based company has made a name for itself by handling some of the most daunting snow removal sites in the region, including the 1,400-acre campus of the Rochester Institute of Technology (RIT). Because of the seasonal nature of snow removal, Boon & Sons knew it didn't need premium wheel loaders that would sit idle for most of the year, especially since the electronics found on higher-end loaders leaves them vulnerable to salt damage.

With these factors in mind, the company decided to add four SDLG loaders to its fleet in October of 2016: two L938Fs and two L948Fs.

“We had good luck with our SDLG loaders through the winter of 2017,” said Daniel Boon, president of Boon & Sons. “We service a 30-mile radius around the Greater Rochester area, plowing Class A office parks, a few shopping malls and the campus of RIT, which is one of our largest customers. When the snow starts falling, we work around the clock until it stops so we can clear it — it's tough work, and these SDLG loaders hold up to the task.”

Boon also cited the value proposition of SDLG as a reason for making his decision.

“Value was a major factor in choosing SDLG,” he said. “We saved nearly 30 percent on what we would have spent on a competitor's wheel loaders. And SDLG's lease-to-buy agreement was very competitive as well. When you combine that with the low cost of maintenance for these machines, the money we saved is considerable.”

“In this business, if you get machines that are too heavy, you run the risk of breaking pavement,” Boon said. “So the operating weight of our SDLG fleet is ideal for the snow removal work that most often happens on roadways and parking lots. The cabs on these machines are great, too. When nor'easters hit and we have to run the loaders for two or three days straight, comfort makes a difference.”

Boon & Sons has been so impressed with its SDLG loaders that the company is considering the purchase of an L918F, a new compact loader that launched at ConExpo 2017. The company will again work with SDLG dealer Vantage Equipment, which has provided Boon & Sons with its entire SDLG fleet.

“We've been pleased with Vantage,” Boon said. “The service has been very good. We ordered our first two loaders and they arrived within a week. We decided after the fact that we needed more, and the two additional loaders arrived shortly after that. Vantage did a great job of getting them to us.”

Vantage Equipment was founded in 2005. The company operates from three New York locations, including Batavia, Albany and its headquarters in Syracuse.

Boon & Sons was founded in 1991 to provide landscaping and snow removal services to the Greater Rochester area. The company has since added trash collection to its range of services and now serves Western New York with a fleet of biodiesel trucks.