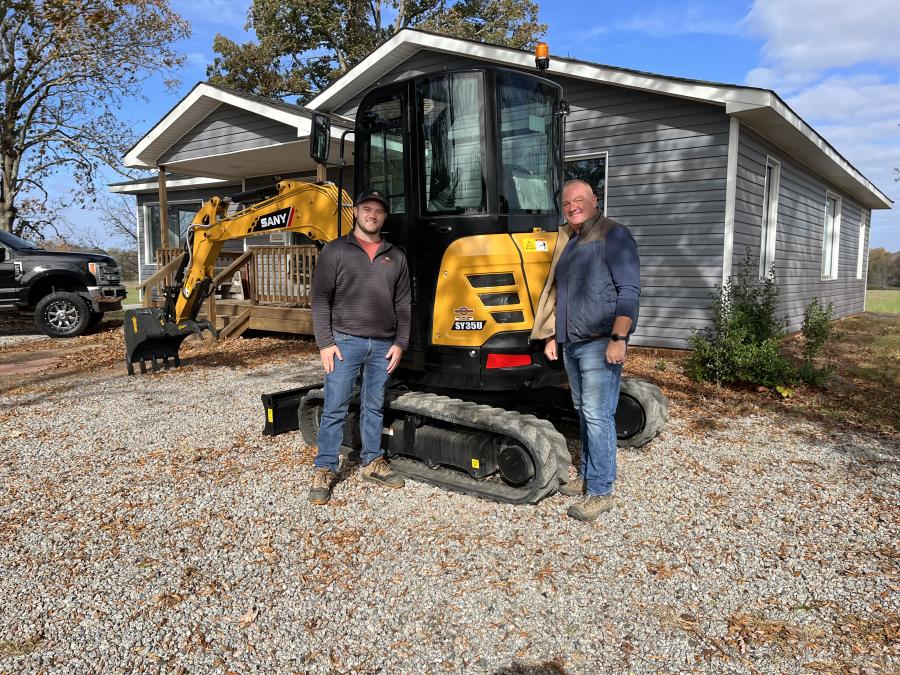 On his path to becoming a successful entrepreneur, Chad Whitley always figured he needed to rely on one or two "sure things" — people or companies that would help him reach his desired business goals.

Today, as his businesses prosper, partnering with people in whom he trusts is still something from which he is not likely to deviate.

Whitley runs several different businesses in the town of Marshville, approximately 30 mi. southeast of Charlotte. He is the president and owner of Buffalo Creek Investments, a firm that lends money to contractors and farmers. 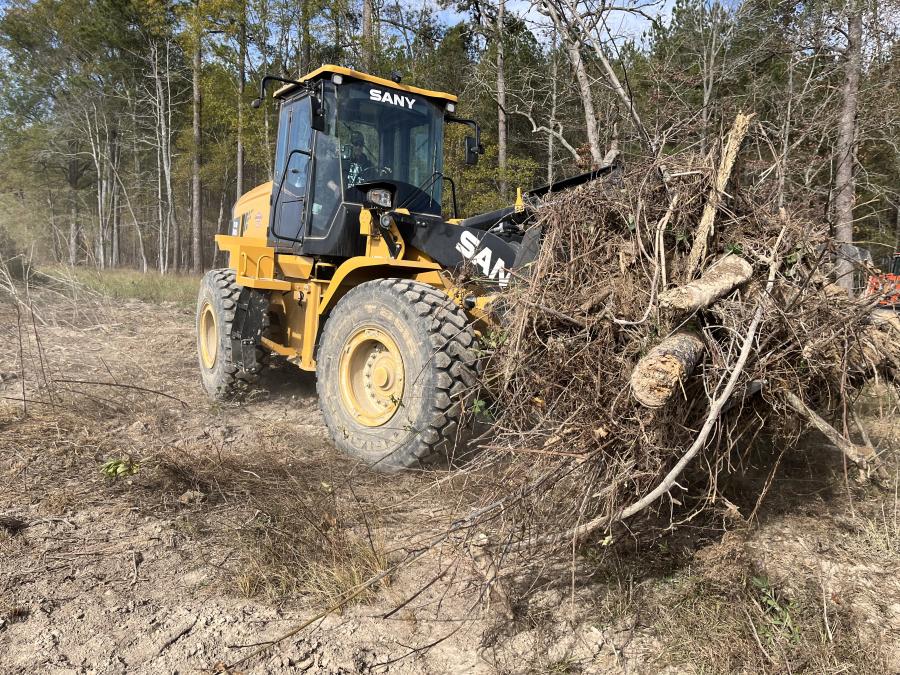 In addition, he owns Deer Run Farm where he uses excavators and other equipment to clear land, harvest timber and sell the property to farmers for them to plant row crops such as soybeans, corn and wheat.

His third company is Buffalo Creek Construction, run by Whitley's son, Seth, a licensed contractor. It develops and builds homes in the Monroe area but also has constructed houses at the North Carolina coast.

"The construction company works on clearing brush and digging a lot of building pads and footers on house lots," Whitley said. "Plus, we do a lot of perking here in Union County, and next door in Anson County, in preparation for putting in septic tanks."

The amount of work Buffalo Creek Construction does to put in septic tanks is currently booming because, he added, "there is a moratorium on new sewers for Union County and the city of Monroe, and, because of COVID-19, many more people are wanting to move out into the county, and they must have a septic system. What we do is dig test pits so that the county's environmental health department can come in to see if they are suited for a proper septic system."

It is in running Whitley's construction and farm businesses where he leans so heavily on not one, but two "sure things." They come in the form of professional relationships that greatly benefit his companies while offering little to no risk to those operations.

To keep both Deer Run Farm and Buffalo Creek Construction running properly, he and his crew rely heavily on construction equipment made by SANY America Inc., and provided by Ironpeddlers, a Monroe-based dealer.

"I have used many different types of equipment over the years, and I tell this to everybody: When I buy a piece of machinery, I am buying for the dealer as much as I am for the equipment," Whitley said. "Whether it is a big or small piece of equipment, it is a partnership between me and that distributor. I like loyalty and long-term relationships." 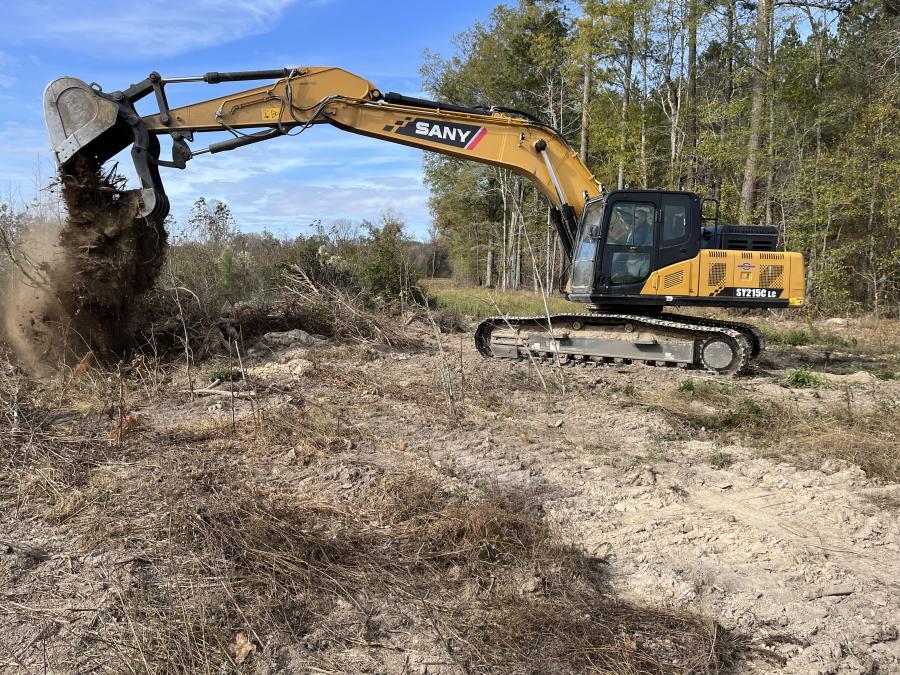 He began extensively working with Ironpeddlers three years ago.

"They have really taken care of me as far as the machines, the delivery, the service and the warranty," Whitley said. "At the end of the day, I am buying the dealership. Of course, the manufacturer must back up the distributorship so it can back the client, and I have had a good rapport with both SANY and Ironpeddlers."

Buffalo Creek Construction employs nine SANY models at its job sites, including a 52,000-lb. SY215C excavator, five SY35U mini-excavators (one of which it just bought earlier in the fall of 2022) and a workhorse SW305K wheel loader built to deliver 27,000 lbs. of breakout force.

"They have done a phenomenal job for us," Whitley said, adding, "I can promise you I am one of these guys that if they did not hold up, I would not be a repeat buyer."

All but one of his SANY mini-excavators comes equipped with a hydraulic thumb attachment.

"The last one I bought had a [closed cab] and a quick-attach bucket," he said. "It is my personal unit because I am on the phone all the time and need to use my Bluetooth. The rest of them have an open canopy."

The septic tank digs that the construction company performs use the SANY SY35U skid steers, according to Whitley, while the wheel loader is primarily used in clearing land for Deer Run Farm.

He added that Buffalo Creek prefers to own its rolling stock and, shrewdly, has been known to lease its machinery to many of the subcontractors who work for the company.

"Because I often have a tough time finding employees in this economy, sometimes I will lease my mini-excavators to my subs," he said. "Doing so tends to buy me a little more loyalty from them, too."

Earlier in the fall, the SANY SY215 was heavily involved in clearing a more than 300-acre piece of property that Deer Run Farm had bought. Approximately two-thirds of the land was forest, Whitley said, but the wheel loader and its grapple bucket has proven more than capable in getting the job done.

"We also have another 70 acres we will be clearing," he said recently. "The product that will come from all that land will be row-crop farming. At some point, I will be selling that property to a farmer and financing it for a 10- to 30-year term [through Buffalo Creek Investments]."

Whitley's investment company buys land that he knows a farmer is willing to work, and Deer Run Farm will harvest and sell the property's timber before partnering with the farmer, he said. 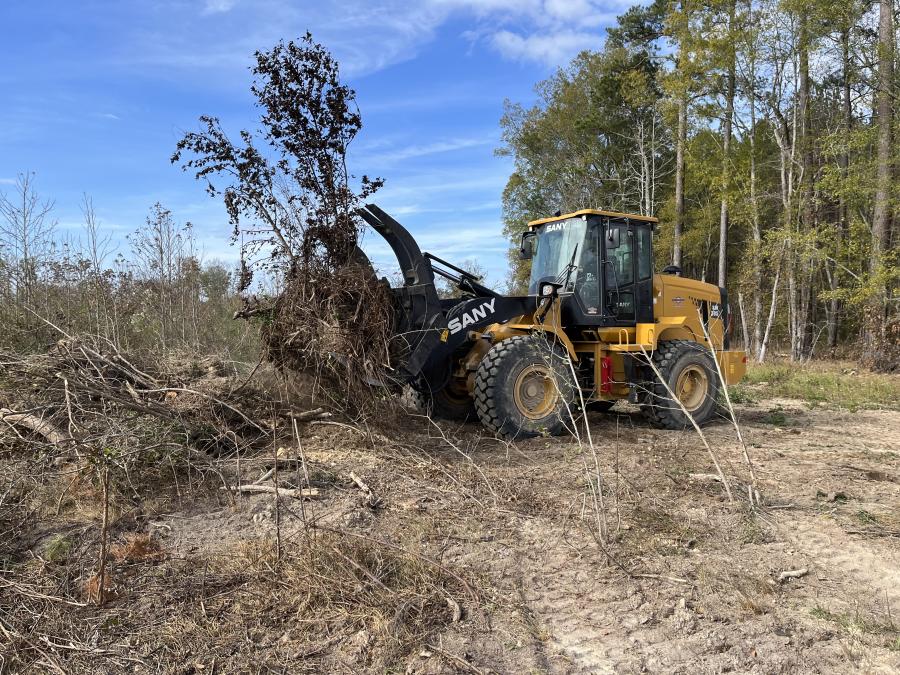 "It is a little different for each farmer, but Buffalo Creek Investment will lend them money to buy seeds, fertilizer and cover their other input costs," Whitley said. "Deer Run Farm will then come in and start clearing the adjoining properties to their land because farmers today prefer large, single blocks of property — instead of 50 or 100 acres, they want 500 acres. Buffalo Creek Investments sometimes goes ahead and buys the land that a farmer may want to buy in the future. We can start the development work to turn it into land suitable for farming. Our endgame is to either build a stronger relationship with farmers or finance the project financing for them."

Quite by accident, Whitley and his son became new-home developers and builders after he had provided a bridge loan to the owner of a large property at Ocean Isle Beach, N.C. Later, the owner lost the property through foreclosure in 2012, and Chad Whitley, as it turned out, took possession of it, he said.

"It is a big development of 153 homes," Whitley said. "We cleared it, built the homes, and did the lending. I became a developer out of a trial-by-fire, not by desire. At that time, I had little building experience and absolutely no developing experience, but I had a good working knowledge of lending. I hired general contractors to build it, and today it is a great development. But that was one I had to earn."

Diversification Keeps in Step With Economy

At one time, Whitley himself owned an equipment business, which distributed, among other things, small compact diesel machines to landscapers.

"Right before I sold that company, I got into lending people money for equipment and to buy land," he said. "We worked with a lot with farmers. I took the money from the sale of that business and turned it into land and real estate lending. That also helped grow our farm assets quite a bit."

Although Whitley has already expanded beyond his lending business by starting both construction and farm-based firms, he said he is still on the lookout for more growth opportunities.

"With the economy the way it is right now, I am trying to diversify so we can switch gears depending on what is happening," he said. "Now, I can go from the construction business to new home building to land clearing to working with farmers. Most of the time, construction and agriculture work like a seesaw because from what I have seen over the years, when construction goes down, the farming business goes up, and vice-versa. I am trying to position myself so that when the economy changes, I can switch gears to whichever business is growing the fastest at that time."