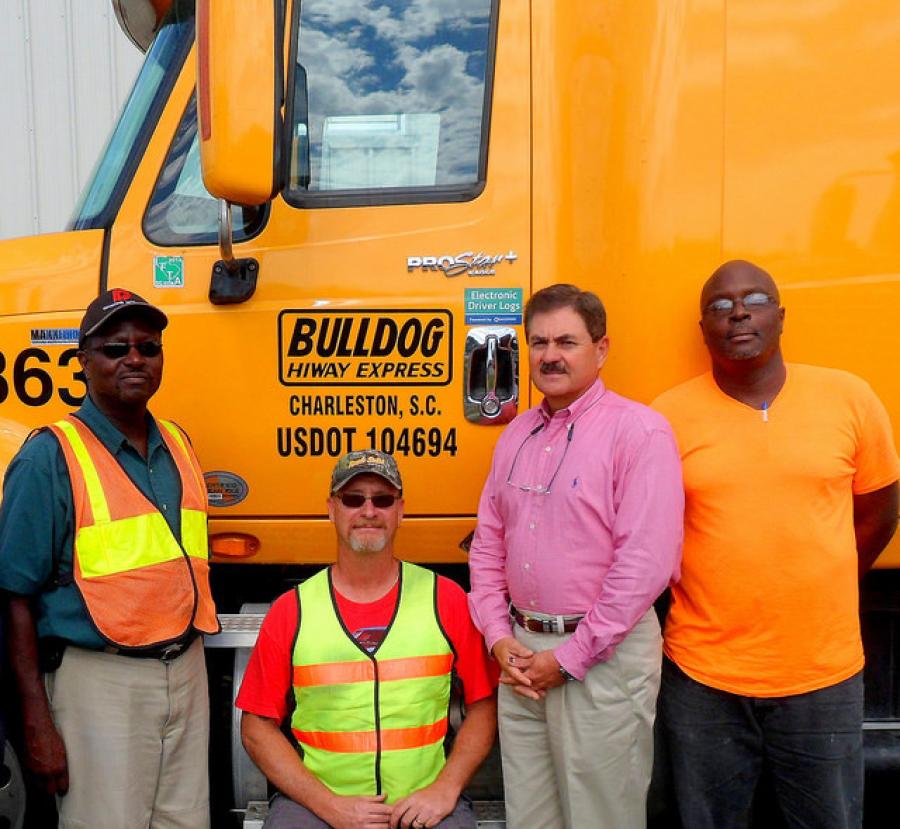 Bulldog Hiway Express, a Daseke company, has announced a new driver-compensation program, “Salary Plus,” which includes a guaranteed minimum salary of $1,000 a week in its flatbed division.

Salary Plus further enhances what is already one of the leading compensation and benefits packages in the trucking industry, said Phil Byrd Sr., president and chief executive, and reinforces Bulldog's “work-less, earn-more” philosophy. “Bulldog's best-in-class pay and benefits package will be combined with excellent family home time for our drivers.”

Drivers for Bulldog's flatbed division currently average $1,300 per week, or more than 60 cents per mile – a daily average of $270. Under Salary Plus, drivers will have the opportunity to earn well above the minimum $1,000 a week, since the company offers an abundance of short-mileage runs that maximize daily earning potential and get drivers home for most evenings and weekends.

Salary Plus also includes such features as 100 percent company-paid health insurance, a matching 401(k) program, plus participation in Daseke's stock grant ownership program. Late model tractors are offered to drivers, which include EpicVue in-cab satellite TV, including the NFL package, at no cost to the driver. The company also offers a spouse and pet rider policy, plus a driver recognition and rewards program (for merchandise and cruises).

Bulldog not only wants to maintain its strong record of retention and one of the industry's lowest turnover rates, but also recruit additional drivers for business growth.

“We want to get the word out of what great jobs Bulldog Hiway Express has to offer drivers with a good work history and a good driving record, who have a desire and a skill to work in an environment where they can be respected and earn a top wage for their family and maximize family home time,” Byrd said.

Offering industry-leading compensation and benefits pays off for all, he added. “Stability, seniority, tenure, experience, safety, productivity, quality – all of those are good for our customers, the safety of the motoring public, our drivers and the company.”

Byrd said the program is open to all drivers with a CDL license; previous experience in flatbed or open-deck hauling isn't necessary, as the company provides the training.

Drivers interested in the Bulldog Salary Plus program or seeking more information should contact the company at [email protected] or 843-266-3731.

Founded in 1959, Bulldog handles dedicated and for-hire open-deck operations; intermodal port deliveries; and heavy hauls with loads reaching 180,000 lbs. The company operates throughout the United States and Canada with an emphasis on the automotive and energy sectors including wind, solar and nuclear power. In 2015 Bulldog merged with Daseke, the largest owner of flatbed, open-deck and specialty trucking capacity in North America serving the United States, Canada, and Mexico.