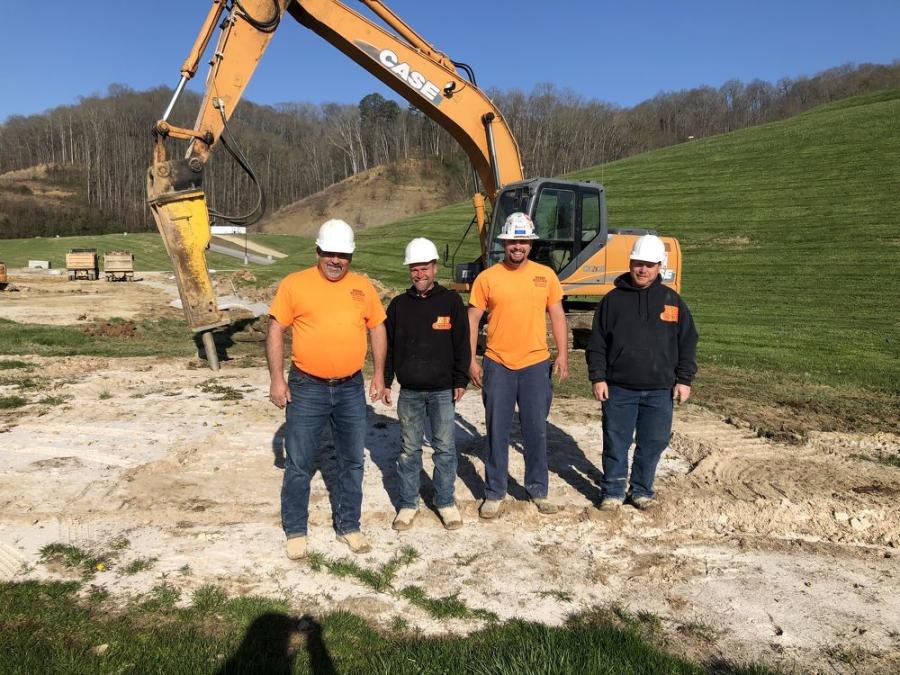 (L-R): Dwane Byrd, Mark Bollinger, Robert Fortner and Travis Carey, all of Byrd Construction, get to work using this Case CX210B with a hammer.

Raised in the building construction and roofing business by his father, a contractor, Dwane Byrd would take a slightly different path in the industry as an adult.

Byrd founded Byrd Construction of Speedwell, Tenn., in 1997 as a licensed contractor for full utilities. The company covers projects including: water, sewer, electric, fiber optic casing and piping within a 50-mi. radius of Speedwell.

“I had a neighbor of mine who was in the steel and gas business; in the wintertime, when the work was slow with construction, I would help him,” said Byrd. “That's what got me fascinated with equipment and the things we are doing today. Charles Munday was his name, and it was Munday Contracting [that] paved the way for me.”

Byrd Construction had its start in the gas line industry installing gas services for Powell Clinch Utilities (now called Rocky Top) in Lake City. The company then grew to include water and sewer jobs. Today, Byrd Construction is well-established. 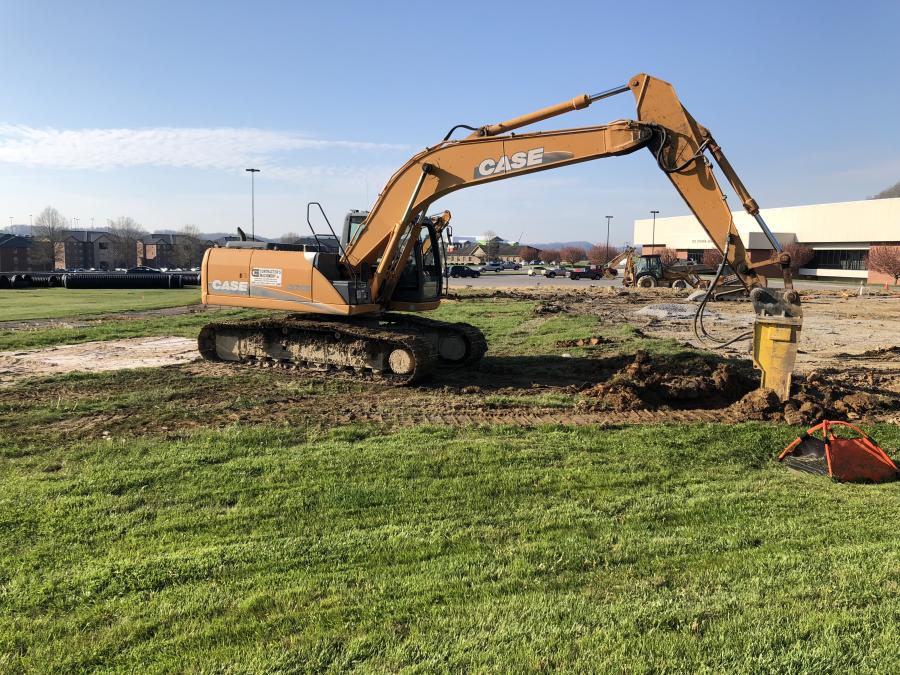 To tackle the considerable limestone rock of Tennessee, the company comes prepared with Chicago Pneumatic and Atlas Copco hammers, all of which were purchased from Contractor's Machinery based in Louisville, Tenn.

The company also has six Case machines, including a number of excavators.

“The Case zero-tail, the CX135, is a minimum-swing machine and so is the CX55,” said Byrd. “We work in a lot of tight [spaces], against the buildings doing gutter drains and such, so you have to have zero tail or minimum swing. That means the machines don't go very far outside the track. So that's a great benefit.

“The little machine, the CX55 that we use, is just like having a pocket on your shirt,” said Byrd. “You can't do without it once you've had a mini; you can't hardly be without one. The Case CX135 is a good-sized machine. You can throw it behind a dump truck and move it easily. So, the two smaller machines are very versatile.

We have a CX210B, and we keep the hammer on it to work on rock because we are hammering rock every day,” Byrd added. 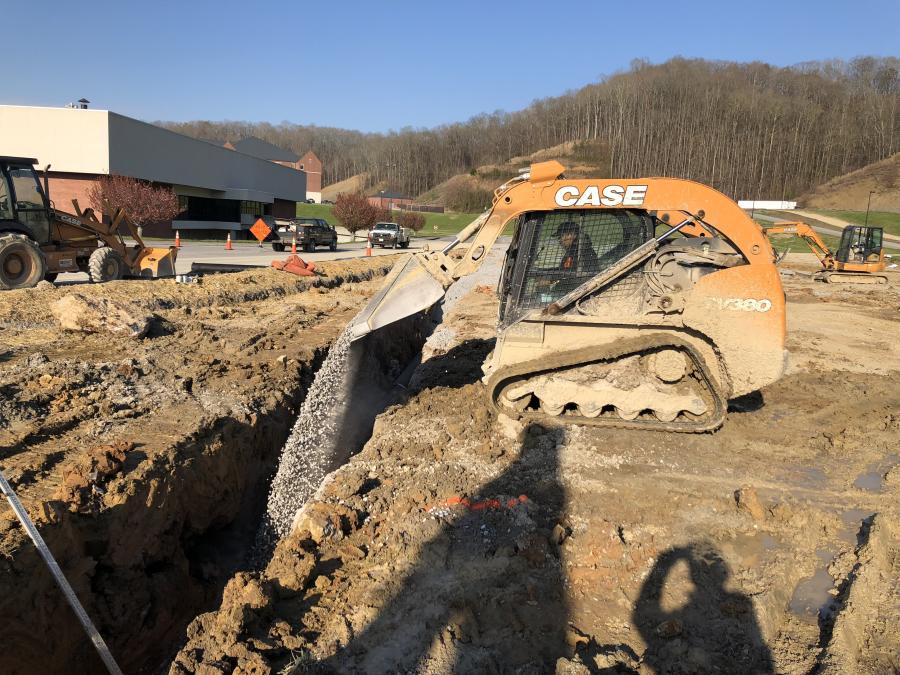 In addition to those two excavators, the company is working with a 2017 Case TV380 skid steer. Byrd identified this machine as the company's most versatile tool.

Byrd has selected both Case and Contractor's Machinery based on dependability.

“I've been raised on Case equipment, but this is not our first Case equipment,” said Byrd. “We're at a few backhoes, and Case has always been very dependable for us. And, Contractor's Machinery has really been our friend. When we need something, Billy [Nash] and Tom [Best] go the extra mile to make sure you get taken care of. They are good people to work with.

“They've taken good care of us when we need something. They see that we get it and keep the job going,” Byrd continued.

The discovery of standing water beneath the pavement that was taken up for the project necessitated the French drain system and some storm water pipe. In preparation for the new road, they have put in about 3,000 ft. of storm control with 6 in., 12 in., and 30 in. pipe all being backfilled with stone to leech out the water. Those numbers are expected to change as the project continues and as the engineer surveys the ground during his daily visits to the site.

Byrd Construction has a strong working relationship with Lincoln Memorial University; the company has worked on projects for the school for the past five years. Typically, Byrd Construction spends eight or nine months of the year at the university doing all electric, water, sewer and some gas utility work.

“They have employees that do their own earth-moving, but we do the moving of the utilities,” said Byrd. “We do all the electric, water, sewer and some of the gas. The utility company does some of the gas, but we do most of the gas, the French drains and storm water control when we do silt fencing and those types of things for them.

“I guess being versatile makes all the difference. If not, they would have to [have] several different contractors to do what we do,” added Byrd.

Byrd named his equipment and his employees as some of the company's greatest strengths; he particularly highlighted his son-in-law, Mark Bollinger, as his “go-to guy.”

“My employees are the greatest asset that a man could ever have,” added Byrd.