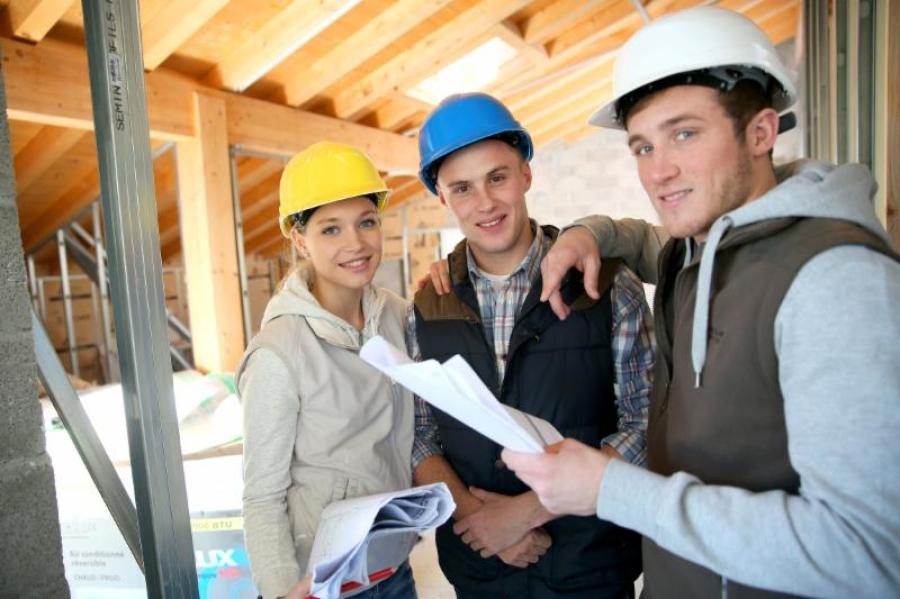 The American workforce is in desperate need of skilled technicians, and incomes for construction work can rival jobs requiring four-year degrees without the expense of college.

Sacramento homebuilders are trying to deal with a severe shortage of construction workers by training high school students in summer internships. They want the teens and their parents to consider the possibility that a construction career might be a good alternative to college, though that can require some convincing.

“There's a negative stereotype about dirty jobs,” said Rick Larkey, executive director of the North State Building Industry Foundation. The group is leading the effort to recruit 5,000 new workers over five years in Sacramento, Placer, Yolo and El Dorado counties. A big part of that is the outreach to high-school students through internships and after-school programs.

The foundation's pitch on its website is that a four-year college degree isn't the guarantee of financial success it used to be. The American workforce is in desperate need of skilled technicians, and incomes for construction work can rival jobs requiring four-year degrees without the expense of college.

“We're trying to give them an opportunity to have a successful and meaningful career that pays well, especially for those that like to work with their hands,” Larkey said.

After last decade's housing crash, thousands of Sacramento-area construction workers left the industry. Many retrained for new careers or moved away. Now that home construction is on the upswing, builders are finding they can't keep up with demand because they lack skilled laborers. Plumbers, electricians and many other tradespeople are in short supply.

The builders are looking to teenagers, such as Karina Records, to help fill those jobs.

Records, 17, spent part of Thursday morning in the attic of a half-built home learning to install heating and air conditioning ducts. She carefully stepped from rafter to rafter with the sun beating down on the roof above her on a 100-degree day.

“My helmet is filled with sweat,” she said as she climbed down a ladder to learn how to install a dryer vent. Despite the heat, she said she enjoyed the detailed work of connecting ducts and other tasks involved in heating, ventilation and air conditioning, or HVAC, a field where skilled workers are in high demand.

Records is an incoming senior at Sheldon High School in the Vineyard area of Sacramento County, about 2 miles from the construction site where she's worked this summer. She and 14 or 15 high school juniors from the Elk Grove Unified School District made $10.50 an hour interning with national homebuilder Lennar at its subdivisions near Bradshaw Road and Gerber Road.

Under the instruction and guidance of Lennar mentors, the interns have gotten hands-on experience in nearly every step of home construction. They poured foundations, framed houses and put in plumbing. They hung cabinets, laid carpet and installed wiring. They painted homes, built fences and set up solar panels.

“I try to expose them to everything we can so they can make choices,” said Sandy Wills, senior construction manager with Lennar at its Vineyard location.

About 30 interns worked at Lennar job sites around the Sacramento region this summer. More than 30 others took part in Mayor Darrell Steinberg's Thousand Strong initiative, learning construction skills, or another program run through the Placer County Office of Education, the Building Industry Foundation reported.

The Lennar interns at the Vineyard project said their exposure to different trades was key to learning what work they found satisfying.

Nick Carlson, 17 and a Sheldon High student, said he'd like to be an electrician. The work is challenging, and journeyman electricians make about $35 an hour, or $70,000 a year, he said. Carlson said he sees trade school as a potentially “more direct” route to a career than college.

A number of interns said they intended to go to college to pursue a degree in construction management or engineering before going back to work in the homebuilding industry. Others said they were still weighing their options but hadn't ruled out going right into a skilled trade.

Chris Rhodes, 17, said he learned about the construction internships as a student in Cosumnes Oaks High School's Architectural Design and Engineering Academy. He said he'll probably go to college to study mechanical engineering but liked knowing he had options.

“Construction is a fast-growing industry, Rhodes said. “If doors get closed to you, this door is always open.”

Jason Kolvoord, 17, said he wants to work in construction for a while before going to college, and Miriam Bell, 17, said she plans to go to trade school but hasn't decided on a trade yet. Both teens attend Laguna Creek High School.

Lennar's Sacramento-area vice president for operations, Jeff Panasiti, said there are plenty of jobs for interns who want them after graduation.

“You guys are on the other side of the recession,” Panasiti told a group of teens in a newly built garage. “Seventy percent of construction workers lost their jobs and scattered.” Now there are ample opportunities for new workers, he said. “The sky's the limit.”

The number of new homes being built in the Sacramento region has increased significantly since last decade's market collapse. But for the first time in 40 years, there doesn't appear to be a construction boom on the horizon. A lack of skilled workers is one limit on housing growth.