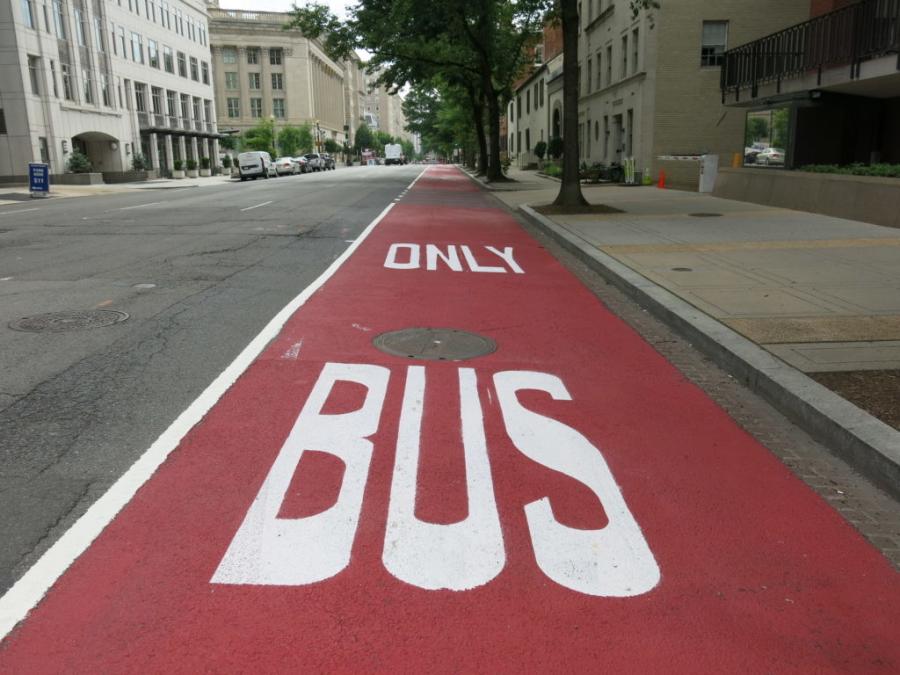 According to DDOT Director Jeff Marootian, the project is part of a year-long effort to improve bus performance and safety throughout the District, thus fulfilling a commitment of D.C. Mayor Murial Bowser's administration.

"These Car Free Lanes will not only increase bus travel speeds and reliability but will also help reinvigorate business and commuter activity in the downtown area," he added.

Car Free Lanes are part of DDOT's Bus Priority Program, Bowser's initiative to enhance bus service across all eight wards of the District.

Starting on or about Sept. 14, these roadways will be restricted to buses, bicycles, and trucks 24 hours a day, seven days a week:

Also, around Sept. 14, the M Street SE Car Free Lane portion of the project should begin and will entail:

Car Free Lanes will be designated with red curb paint and bicycle sharrow, or shared-lane, markings.

DDOT plans to study the performance of buses and other multimodal traffic in the corridor to assess benefits, impacts, and necessary refinements.

The mission of the District Department of Transportation (DDOT) is to enhance the quality of life for District residents and visitors by ensuring that people, goods and information move efficiently and safely with minimal adverse impact on residents and the environment.