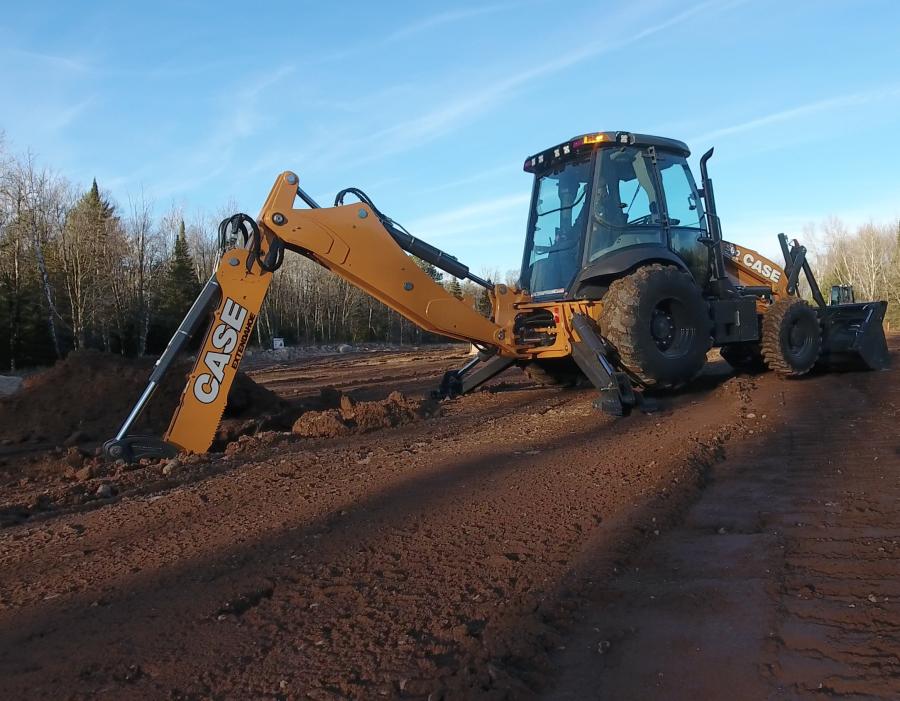 The fuel economy package, which was previously optional, is now standard. This includes ECO mode switches for both the loader and backhoe functions, which allows for greater fuel savings, and optimal power and performance. The package also includes the auto engine idle feature, which brings engine RPMs down to idle when the backhoe controls are not used for a set period of time. The engine also will shut down if the machine idles for a set period of time.

Both auto engine idle and auto engine shutdown have adjustable settings to customize the timing to the operators' style and preference. Another great feature now made standard is the engine protection shutdown mode, which turns the engine off if engine temperature, drivetrain fluid temperature or engine oil pressure go out of normal operating range.

Several additional enhancements have been made throughout the product line, including:

• Electrical system features that were previously optional — including a battery disconnect switch and jumpstart terminal — have been made standard on all N Series backhoes.

• The drivetrain has been updated for improved roading and gradeability, as well as more pushing power under load and greater acceleration around the jobsite.

In addition to the machine enhancements and new standard features, many brand-new factory options are now available on all N Series backhoes:

• A new LED light option includes four front, four rear and two sidelights that are all adjustable to target the task at hand. These LED lights shine brighter than halogen bulbs while drawing less power, ensuring that the operator sees what they need to while working longer hours for more productivity and improved battery life.

• A bolt on chaff screen attaches over the standard front grill, protecting the engine compartment and cooling package from finer airborne debris such as straw chaff, grass clippings, leaves or other fine materials.

• An 18-in. front tire offering (bias ply or radial) and heavy duty front axle option are available on the 580N and 580 Super N models that allows for more float and cushion for a smoother ride and greater tractive effort.