Caterpillar has incorporated thermal imaging technology into its new S60 smartphone, the first phone-seller to do so. 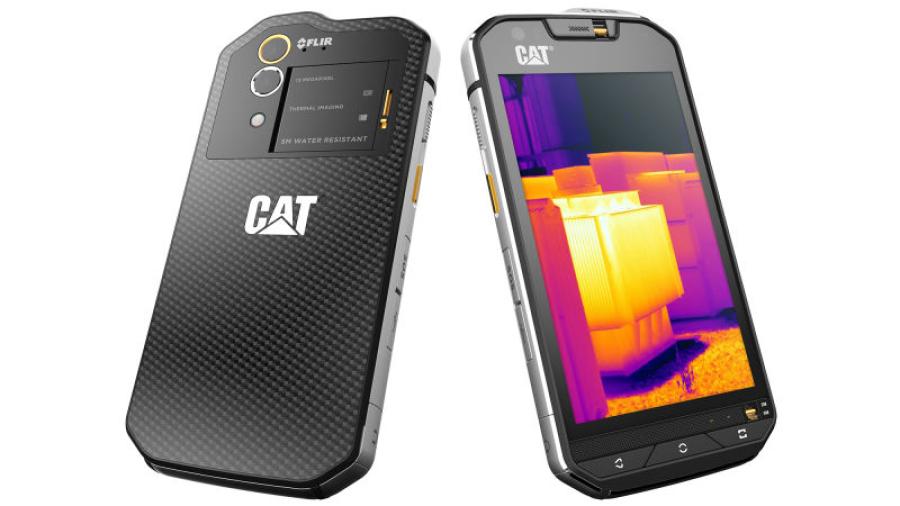 The latest Cat smartphone has pulled into its relatively sleek camera case the industry-leading FLIR technology that shows heat in total darkness.

Thermal imaging is a hot topic, literally. It is a process that uses infrared wavelengths to reproduce radiating heat on an electronic screen, giving invisible heat a visible spectrum. A thermal camera commonly is a tool for NCIS investigators or firefighters who are looking for a body or a lingering hot spot in the remains of a burned-out building.

Now Caterpillar has incorporated thermal imaging technology into its new S60 smartphone, the first phone-seller to do so. It will be formally introduced later this month and available by spring.

Caterpillar? Perhaps you haven't been paying attention. The Peoria, Ill., heavy equipment company introduced a Cat smartphone two years ago. It was remarkable for its ruggedness. Its buttons were designed for a workplace where people wear gloves and its noise-canceling mike for worksites where bulldozers noisily graze nearby.

But prior to the Android-based S60 phone, thermal imagers could only be attached to a smartphone in a bulky case or an external mount. The S60 has changed that.

The latest Cat smartphone has pulled into its relatively sleek camera case the industry-leading FLIR technology that shows heat in total darkness. The S60 case is not as thin as your average smartphone—measuring almost a half-inch thick—but it isn't as fragile either. Its die-cast steel frame and Gorilla glass can withstand a drop of almost six feet. Try that with your iPhone. On second thought, don't.

It also is waterproof when accidentally dropped in a puddle. By throwing a couple of switches, this smartphone can be purposefully used underwater to a depth of 16 feet. And wet fingers—or gloves—aren't a problem in using the touchscreen. In other words, it is a fully functioning workplace tool, not a novelty.

The camera and thermal imaging sensor work together to produce an identifiable hybrid image. So rather than showing a blurry orange and red blob in isolation, the actual image's outline is shown, too. You can see the frame of a door, for instance, around the edges of which a heat signature is radiating. And the scene can be captured in a still image or a video.

Building inspectors now can conveniently pull from their pocket or phone holster a tool to see where heat is escaping. Electricians can identify a hot spot in wiring, mechanics locate a smoldering bearing. Engineers can visually determine on a job site how efficient their high-efficiency materials and designs really are. And if the crane operator oversleeps during a noon snooze, the foreman can find his sleeping place.

The smartphone bears the stylized CAT name, by the way, but the units are the result of Caterpillar teaming up four years ago with Bullitt Mobile, which develops bespoke products for global brands. So Cat engineers didn't design the $600 device—any more than they did the Caterpillar boots on my feet—but the S60 product reflects well on the brand.