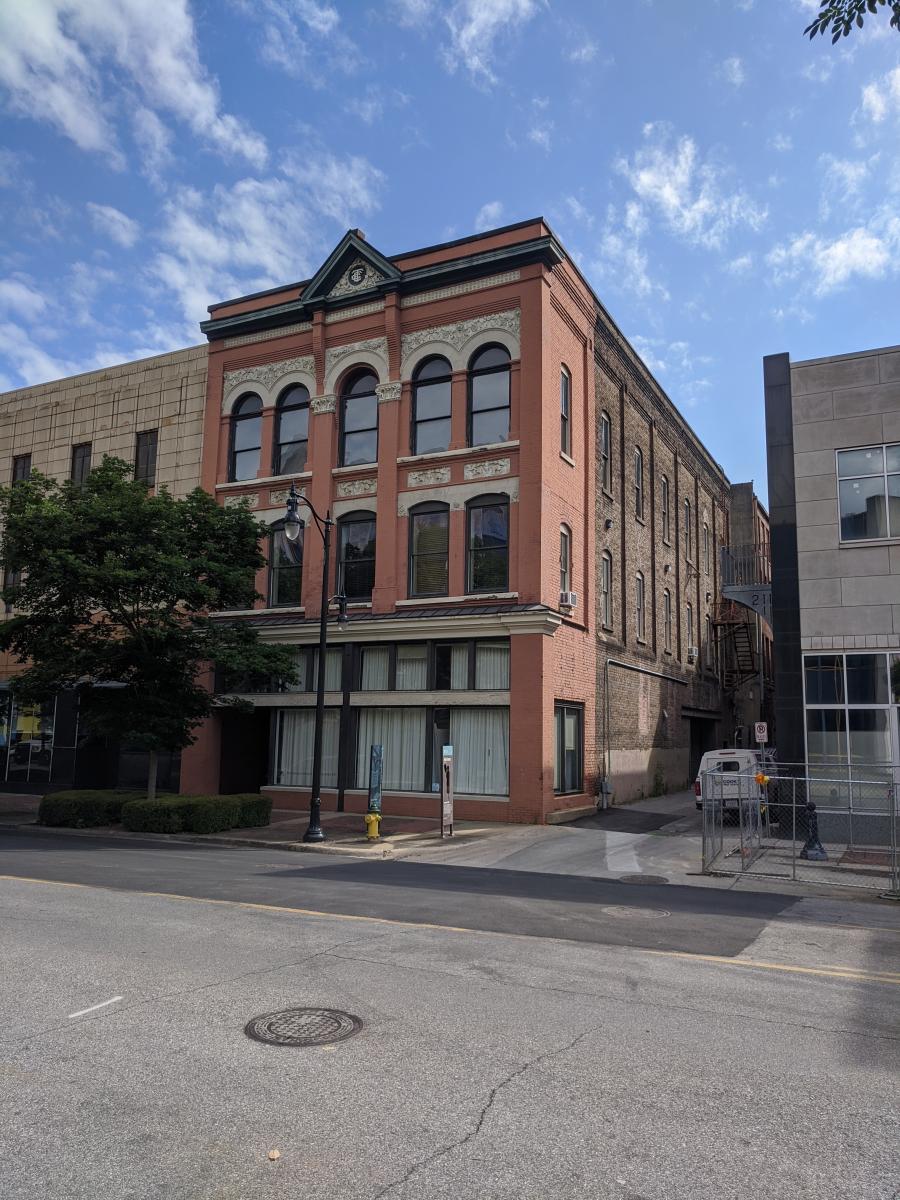 The three-story Taylor Building is located on the edge of the city's historic theater and retail district along 19th Street North.

Atlanta-based Engineering Design Technologies (EDT) currently is hard at work renovating one of downtown Birmingham's oldest existing buildings. The three-story Taylor Building is located on the edge of the city's historic theater and retail district along 19th Street North. After its original construction in 1890, the Taylor was a neighbor to dozens of grand old movie palaces, shops and restaurants.

EDT, a minority-owned engineering and design company formed in 1993, purchased the Taylor Building more than 10 years ago. But during the last week of April, the firm began making a series of repairs to restore the luster of the old structure and update it to 21st century standards. That includes both structural and cosmetic restoration inside and out, as well as a modernizing of its systems.

While the work proceeds, EDT's Birmingham's office occupies the second floor of the building; the first floor is leased to another company.

With the city's popular McWane Science Center just across the street, EDT's goal is that the renovated Taylor Building will once again become a part of Birmingham's vibrant downtown scene when the restoration is finished in about a year.

After years of deterioration, the Taylor Building was in serious need of work if it were to remain safe and functional. EDT is spending close to $600,000 on the renovations, which include repairing water damage to much of the third floor.

In addition, engineers and crews are rebuilding part of the roof and installing new mechanical systems. Plans also call for putting in new fire exits, giving a facelift to the façade, replacing bricks on the outside and, over this summer, doing an extensive paint job on both the exterior and interior.

EDT was able to fund the renovation of the Taylor Building, in part, due to historic tax credits from both the state and federal government. The incentive is for companies like EDT to keep the character of old buildings intact by repairing and modernizing them, rather than consigning them to the wrecking ball.

In fact, a perfect example of 19th Century character can still be seen on the triangular piece of the façade at the top of the Taylor Building, where E.G. Taylor had the original builder install his initials.

Taylor's idea for the building was to house offices for doctors, gas companies and land developers, but over the years, it also was occupied by milliners, shoe shops and clothing stores. During the mid-20th Century, a clothing boutique operated in the building for 33 years. After that, the building began to steadily slide into disrepair.

Still, the Taylor Building has been in good enough condition to function as office and meeting space even today. Now, however, EDT will upgrade the structure to a new grandeur by mid-2021.