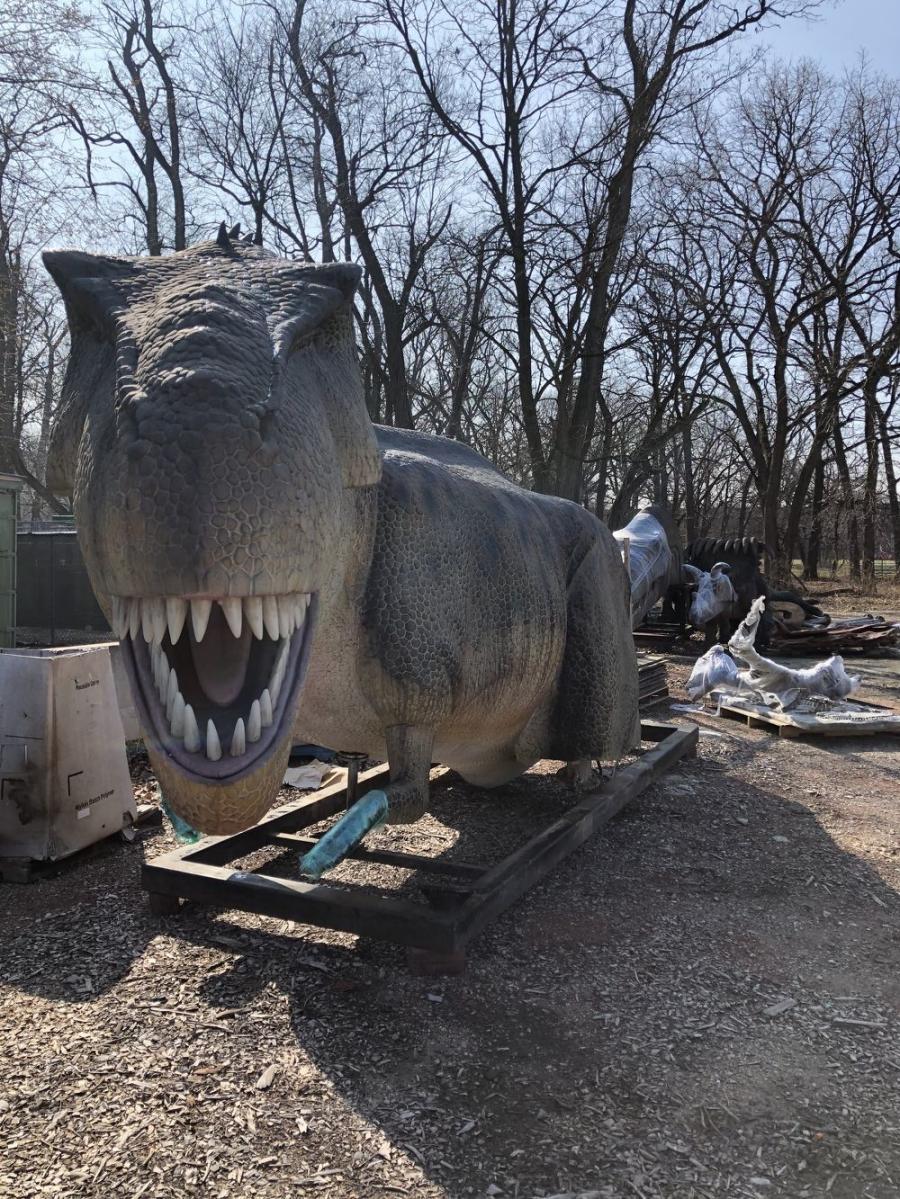 A monstrous exhibit of realistic and life-size dinosaurs will go on as planned at Brookfield Zoo due to the heavy-duty equipment and one-stop consulting and project management provided by Contractors Equipment Rentals.

A monstrous exhibit of realistic and life-size dinosaurs will go on as planned at Brookfield Zoo, despite a six-week pandemic delay — due to the heavy-duty equipment and one-stop consulting and project management provided by Contractors Equipment Rentals (CE Rentals). CE Rentals is a Chicagoland construction equipment rental store that brought strong telehandlers and industrial grounds protecting surfaces to Brookfield Zoo throughout April and May to unload the huge exhibit. 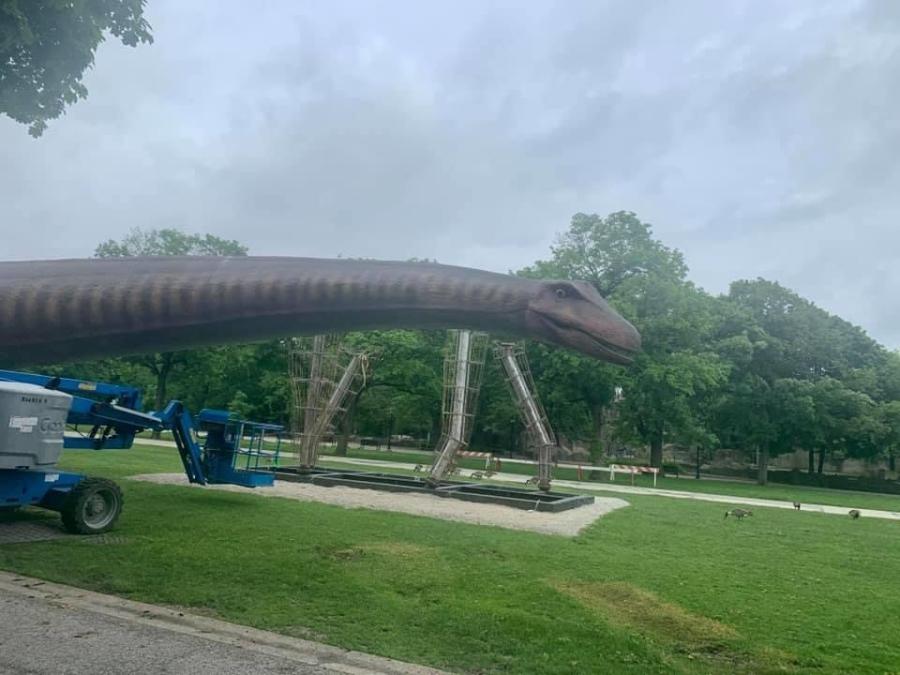 On loan from Dino Don Inc., and created by "Jurassic Park" advisor Don Lessem, the exhibit features 46 full-sized robotic dinosaurs, including the world debut of the largest dinosaur that ever lived, a 120-ft.-long Argentinosaurus.

"It's the largest accurate robotic dinosaur ever assembled," said Lessem.

"I can't tell you what a thrill it is to be a part of bringing a world-class exhibit like this to our hometown zoo," said Robert Sloan, CE Rentals owner. "Yeah, we're known for having excellent, affordable rental equipment inventory with free local delivery, but to be able to serve the Brookfield Zoo at such a time as this is meaningful to us — not pre-historic, just historic — given everything we've all been through this year."

It was a sight to behold as massive, pre-historic-looking heads, bodies and limbs were lifted from more than 14 truck trailers and staged across an empty parking lot, later to be hauled into their temporary "wilderness" habitats and assembled for the enjoyment of the soon-to-be-liberated Chicago-area public. Some final sewing and touch-up painting finished off the spectacular arrangement of the artificial beasts. 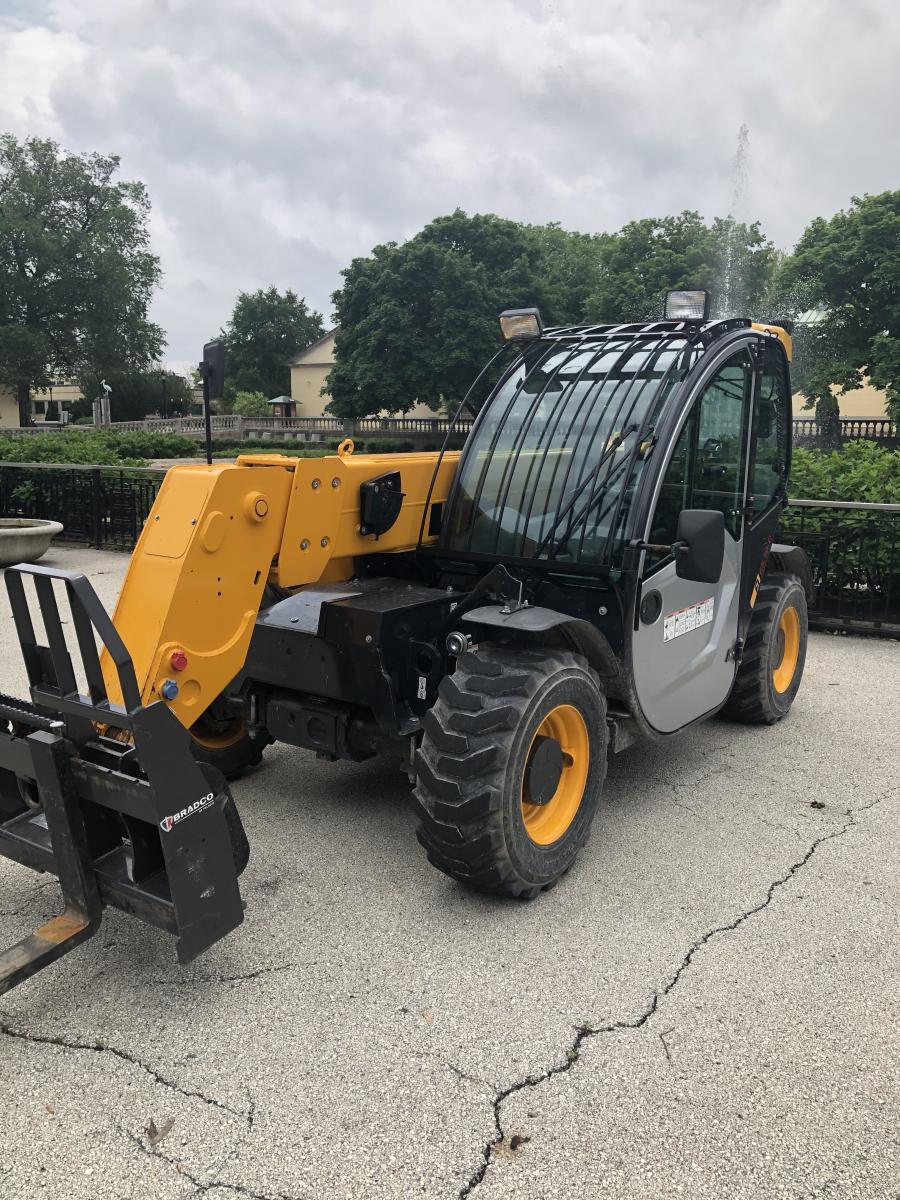 The exhibit, seen at the Bronx Zoo in 2019 as well as the Jacksonville Zoo this year, currently is scheduled to open at the beginning of July at Brookfield Zoo without a hitch because CE Rentals was in the right place at the right time with the right resources.

Dave Gordon, CE Rentals field sales representative, made a connection last summer with Ron May, Brookfield Zoo manager of exhibits, to demonstrate a pothole-patching product, for which CE Rentals is the sole Illinois distributor. While the zoo's budget didn't have room for the city-of-Chicago-tested AquaPatch solution at present, it later called on CE Rentals for the critical mission of lifting a more than 2-ton rhino.

CE Rentals referred the zoo to Randall Industries, also in Elmhurst, to provide the larger telehandler required for lifting — and once that mission was perfectly accomplished, CE Rentals was the first place May called when the dinosaur exhibit was ready to move into place early in March.

Gordon has planned and worked on some of the largest construction trade shows in the United States, as well as local municipal summerfests. He helped the dino exhibit staff find local welding resources, as well as procuring a nearby massive crane able to hoist one especially portly, 30-ton species.

The CE Rentals team member was even able to provide some steep savings to the assembly project, where no budgetary wiggle-room was available from Brookfield Zoo.

"They thought they were going to have to tear down some fencing in one spot to get one dinosaur positioned correctly," said Gordon. "It would have cost an extra $8,000 to take the fence down and then reinstall it. I could see a way where they didn't have to go to that extreme — with a little turning while they moved forward, we got the big parts in place and saved a large sum of money in the process."