The strike had pulled off crane operators from major construction sites. 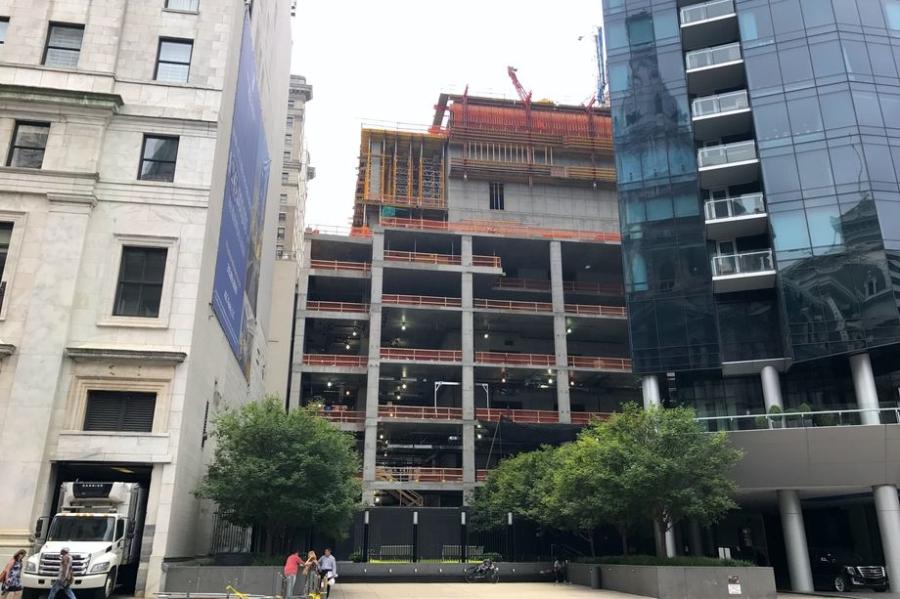 Construction work has resumed at major sites like the W/Element Hotels in Center City after a days-long union strike. (Melissa Romero photo)

Dozens of construction sites came to a halt in the Philadelphia region last week when contract negotiations between a local union and the General Building Contractor's Association came to an impasse. But just before the long July Fourth weekend, the two sides were able to come to a tentative agreement and resume work.

On Friday, June 30, the Local 542 International Union of Operating Engineers announced via a Facebook post that it had come to an agreement with the GBCA after a five-hour meeting and had decided to put its union members back to work.

“As of right now there is a tentative agreement in place and everyone is back to work,” a spokesperson for GCBA confirmed to Curbed Philly in an e-mail.

The agreement came a few days after the initial strike took place. The strike had pulled off crane operators from major sites like 1213 Walnut and the W/Element Hotels, essentially causing construction to come to halt.

The issues at play with the contract negotiations involved paid overtime on Sundays, the future of a job category called oilers, and whether a portion of union fees should go toward marketing.

On Thursday, June 29, workers at the Comcast Technology Center held an on-site protest as the two organizations met for two and a half hours without coming to an agreement. After that meeting, the IUOE 542 said on their website, “To this point, [the GBCA] haven't budged on double time throughout the week and Saturday, nor on the elimination of oilers.”

But talks resumed the next day and the union and GBCA were able to come to an agreement and put workers back on dozens of job sites around the Philly region. Construction sites big and small were affected in some way by the strike, from the Comcast Technology Center to Temple University's new library to a small residential project in Point Breeze.