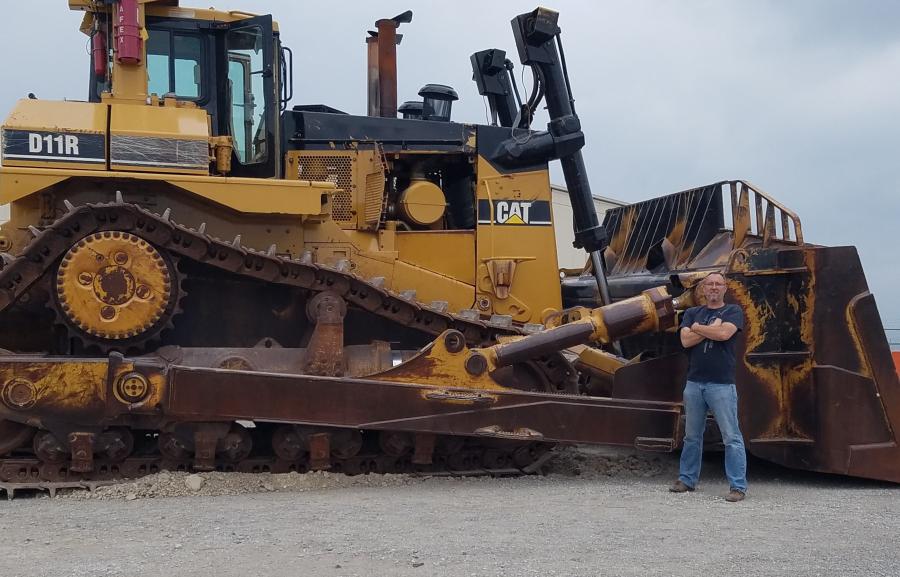 Buying and selling equipment in East Texas may have just gotten a little easier.

Charles Countryman recently launched Cloverfield Machinery LLC in Tyler, offering traditional sales, as well as consignment services and online auctions. Located between Dallas/Fort Worth, Houston and Shreveport, La., Cloverfield ships equipment to buyers throughout the country and exports out of the Port of Houston.

Countryman brings considerable used equipment experience to Cloverfield, having been operations manager at a major Northern California construction company before joining a national equipment brokerage firm where he held the position of chief operations officer.

After serving as a staff sergeant in the U.S. Army from 1994 to 1998, Countryman owned a small logging company in Idaho, which gave him firsthand knowledge of the challenges of equipment ownership, as well as the challenges involved in selling that equipment when it was no longer needed.

“I think that gives me a unique perspective that many in the business do not have,” he said.

A serious logging accident in 1999 forced Countryman to find a career that was less strenuous physically, leading him to construction management and ultimately to the equipment brokerage firm. He left there late in 2016 and started Cloverfield in January 2017.

The Importance of a Handshake

Cloverfield's mission statement is, “A Handshake Still Means Something at Cloverfield Machinery LLC.” and the company's philosophy is quite simple, according to Countryman: “We sell equipment … we don't collect it to gather dust.”

“Our aspiration is that we are always relatable and always approachable to both our buyers and sellers, because we consider them both our client,” he added. “Deep down, we're just like them, and that's how we got started in the equipment business two decades ago.”

The used equipment industry has definitely seen many changes over the past 18 months with mergers and acquisitions among advertisers, resellers, auction companies and even manufacturers totaling over $6.8 billion in acquisitions, Countryman said.

“It's exciting to see an industry that has somewhat been 'stuck in its ways' to go through so many market shifts over the past year and a half. Texas has always been a stable used equipment market, traditionally ranking in the top three states year after year for buying and selling equipment, we see that trend continuing for quite some time.”

Cloverfield's partner, in both life and his company, is his wife, Laura. The two have worked together since they started their logging company 22 years ago.

“I've had lots of people comment that they couldn't work with their spouse, but I honestly couldn't imagine having a company in which she wasn't 100 percent active on a daily basis,” Countryman said. “When it comes to the books and doing whatever, we can ensure that our clients are happy … who else in the company would care as much about that than us?

“Having raised six children together, we've definitely got each other figured out and being empty nesters gives us more time to focus on our business,” he added. “She's technically the vice president of our company, but her role and responsibilities go beyond any title. If something needs to be done, she ensures it is accomplished and she is exceptional about establishing processes behind the scenes so as much as possible, things run smoothly on a day to day basis.”

Laura Countryman's grandparents owned a dairy in the Henderson, Texas, area, so when it came time to decide on a home base for Cloverfield Machinery, picking East Texas was a pretty easy choice, according to Charles.

“Texas is such a super state and extremely appreciative of its veterans. As a combat vet and having three sons currently serving in the Army, that makes a big difference to us, which also was a factor when deciding where we would settle long-term to build our company.”

One of Countryman's sons is a helicopter pilot.

“He has the same combat patch as I have, which is pretty unusual,” Charles said. “I earned my combat patch in Somalia and he earned his in Afghanistan.”