Colorado's Express Lanes: A Ticket to Ride — for a Price 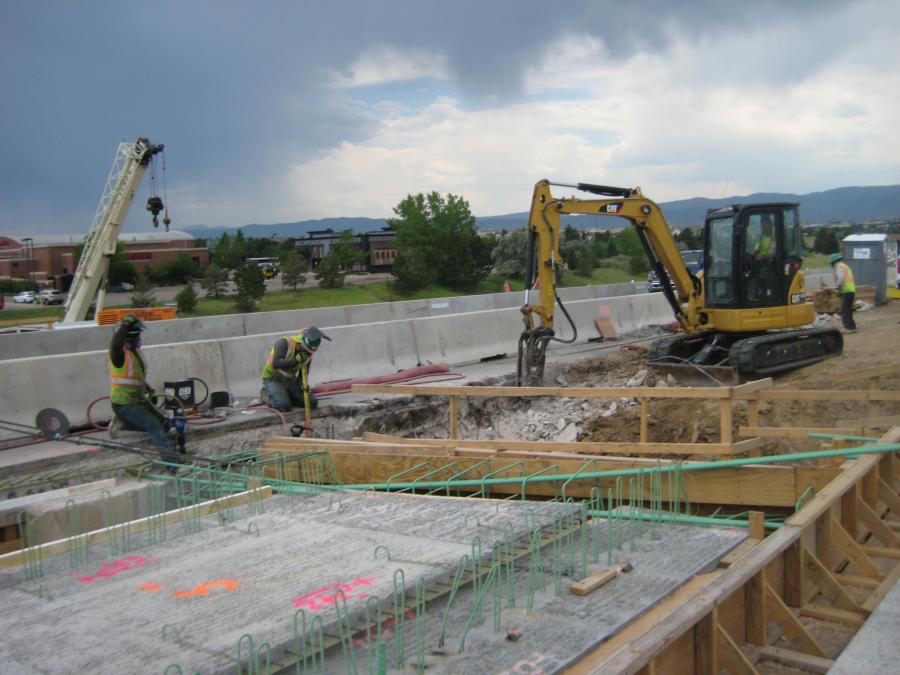 A Caterpillar 305 excavator chips concrete to widen a bridge on the C-470 express lane project in Denver.

The Colorado Department of Transportation began work late last year to add tolled express lanes along a 12.5-mi. (20.1 km) stretch of C-470 in Denver — one of several such projects it has completed or will complete in the coming years. The $276 million project is expected to open to traffic on schedule in spring of 2019.

Flatiron Construction Corp., with headquarters in Broomfield, Colo., and AECOM, an integrated design and construction company based in Los Angeles, were selected to design and build the express lanes in a joint venture led by Flatiron.

Tolled express lanes relieve congestion in general purpose lanes by adding the option to pay a toll to travel in express lanes where traffic flows faster. If express lanes get too congested, tolls go up in real time, which reduces the number of drivers using them and restores the flow. The cherry on top? Tolls help pay the cost of construction.

State, county and federal sources are paying $100.6 million toward the C-470 project, but the bulk of the funding is coming from loans financed by toll revenues.

Running east-west on the south side of Denver, C-470 is a critical leg of the city's beltway that connects with I-25 and I-70, the state's most heavily traveled north-south and east-west corridors.

The express lane project spans a stretch of C-470 between I-25 in the east and Wadsworth Boulevard in the west. More than 100,000 motorists travel that stretch daily with volumes expected to grow 40 percent by 2035.

Besides adding the express lanes, the work includes:

• Replacing two bridges over the South Platte River and widening 12 other bridges.

• Constructing direct-connect ramps from I-25 to the express lanes.

Flatiron and AECOM have more than 130 employees in the field and have awarded 66 (and counting) subcontracts — 41 tier 1 and 25 tier 2. Disadvantaged business enterprises account for 35 of the subcontracts. Crews are working nearly round-the-clock in two-shifts. The biggest challenge: maintaining the existing number of travel lanes during construction.