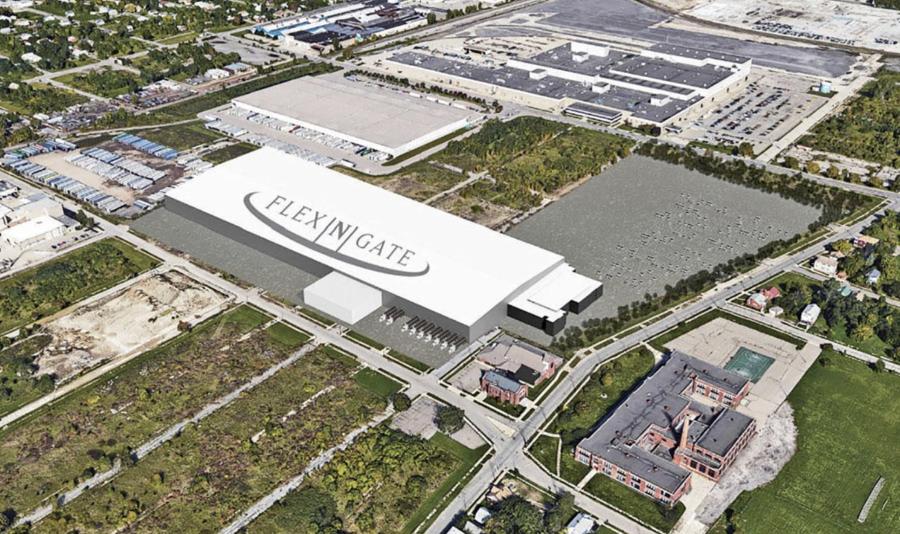 On April 24, a groundbreaking ceremony was held on the property where the $95-million manufacturing facility will be built.

On April 24, the promise is one step closer to becoming a reality when Khan, the owner of Flex-N-Gate; Detroit Mayor Mike Duggan, and others are to break ground on the $95-million manufacturing facility that will create up to 750 jobs at the I-94 Industrial Park.

The global auto supplier is to be the newest tenant at the industrial park and is committed to hiring Detroiters first, with a Detroit-based, minority-owned contractor to lead construction, the city announced in a news release Sunday.

The groundbreaking on the Flex-N-Gate facility will be held at its future site at 7000 Georgia St., in the industrial park, northeast of I-94 and I-75 interchange.

The development is another economic shot in the arm for a city that has been plagued by chronic unemployment and, according to an article last May by the Free Press, is to bring jobs to an area of the city with the highest unemployment.

The company has a website — flex-n-gate.com/Detroit/ — for the new facility, at which it states that it is accepting applications for professional, management, skilled trades and production.

The 186-acre industrial park has sat vacant for nearly 15 years.

The Free Press previously reported that Flex-N-Gate planned to build a plant to supply parts to Ford and that the deal came together in just half a year's time, in part because of the personal involvement of Ford Executive Chairman Bill Ford.

Ford owns the Detroit Lions and Khan owns the Jacksonville Jaguars, with the two football team owners having the opportunity to talk from time to time.

Duggan said in a prior article that Ford "intervened on this personally. You had the advantage of a couple of NFL teams talking to each other."

“Building a new plant from the ground up within the Detroit city limits will be a milestone moment for Flex-N-Gate, made possible thanks to our partnership and collaboration with Ford, the City of Detroit and the State of Michigan," Khan said in a statement last May.

Khan's company was to commit to occupy a 30-acre portion of the industrial park, which was established in 1999.

Khan, who has been accused by the UAW of underpaying workers at factories in Texas and elsewhere, said in May that the jobs at the Detroit factory were to pay "in the mid-to-high $20s per hour."​ The new plant, he said, was to initially create about 400 jobs with the potential of leading up to 750 jobs.

"The headline is about jobs. Hundreds of outstanding, well-paying jobs," Khan previously said. "The kinds of jobs that were really the backbone of the middle class and really the definition of the American dream when I came here in '67."

Khan has owned Flex-N-Gate for more than three decades. The company has made bumpers, plastic trim components and mechanical assemblies for Ford, but it has not disclosed what parts the company would make at the new production and sequencing facility in Detroit.

In October, the company qualified for a tax-free designation, which was expected to save it more than $1 million a year for 10 years. Earlier last year, it received a $3.5-million grant from the state to help it open the plant.