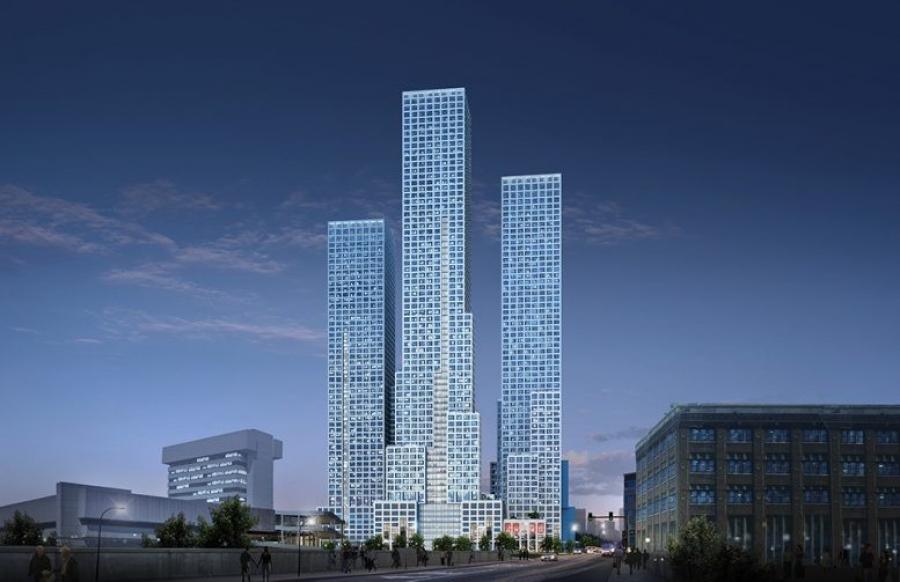 Designed by HWKN Architecture and Handel Architects, each with offices in Manhattan, and developed by Jersey City-based Kushner Real Estate (KRE) Group and National Real Estate Advisors in Washington, D.C., the 60-story building will be made up of 600 rental apartments.

It follows the completion of the first two Journal Squared towers, in 2017 and early 2021, respectively.

In total, the three-tower complex will comprise 1,840 residences, 36,000 sq. ft. of dining and retail area, and a direct connection to the Journal Square Transportation Center. The facility provides access to NJ Transit and is a major stop on the PATH rail system, with service to lower and midtown Manhattan, Hoboken and Newark.

The Journal Square neighborhood has a rich history and takes its name from The Jersey Journal, a newspaper that was headquartered there for decades. Today, the three-tower complex benefits from Journal Square having evolved into a vibrant commercial and residential district, one of Jersey City's most in-demand living areas.

"Our intent all along was to complement the existing mass-transportation infrastructure with new residential, retail and open space to create a well-balanced lifestyle for residents that would also have a lasting impact on the city as a whole," said Jonathan Kushner, president of KRE Group. "We're delighted to now begin work on the third tower, which will bring our full vision to fruition."

The new building will be built to feature 18,000 sq. ft. of amenities. Its social area will include a performance lounge, a karaoke room and recording spaces. Residents also will be able to enjoy a makerspace area, a co-working lounge, a lobby café and a sky lounge. These new amenity offerings will complement the nearly 100,000 sq. ft. of indoor and outdoor amenities spread throughout the first two towers that are shared by all Journal Squared residents.

In addition, the team behind the project team has completed the leasing at Journal Squared Tower 2, a milestone achieved in only five months. That 70-story, 754-ft.-tall skyscraper is located at 615 Summit Ave and is the third tallest building in Jersey City.

"The robust leasing activity we experienced in Tower 2 over the past five months demonstrates the enormous demand that exists here," said Kushner. "That speaks volumes about the product we've delivered, and the growing appeal of the neighborhood itself."

The trio of structures that make up Journal Squared first broke ground in October 2014 with the first building being opened in 2017 at 54 stories and 574-ft.-tall. Construction began on the second and tallest of the three towers in 2018, which rose 700 ft. above Jersey City before completion last winter.

"Building upon the success of phases one and two, we look forward to continuing to contribute to the growth and vibrancy of Jersey City with the third tower," said Jeffrey Kanne, president and CEO of National Real Estate Advisors. "Journal Squared is a hallmark build-to-core project for National delivering on our commitment to create value, provide jobs, and strengthen economic vitality in the places where we invest."

The completion of Journal Squared Tower 3 is scheduled to occur in spring 2024. 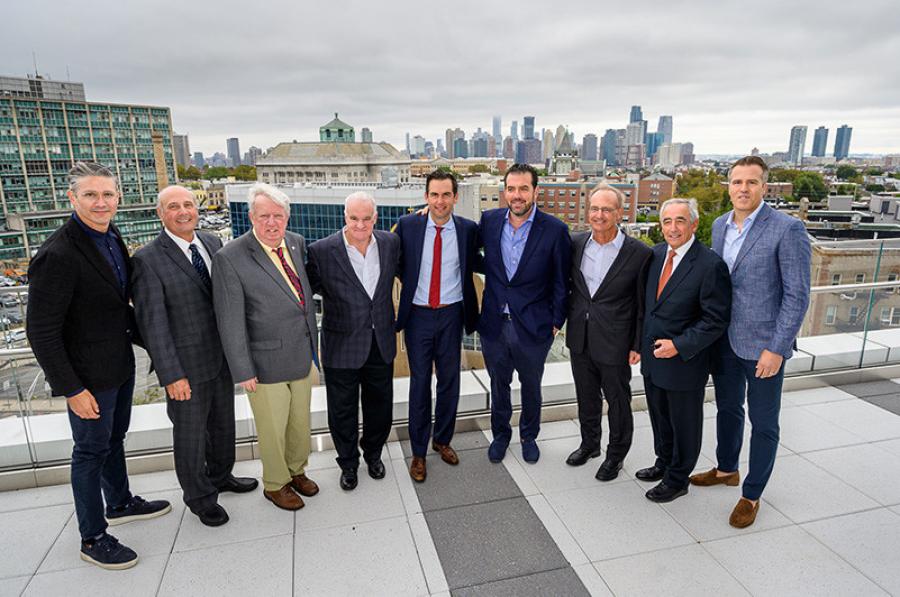