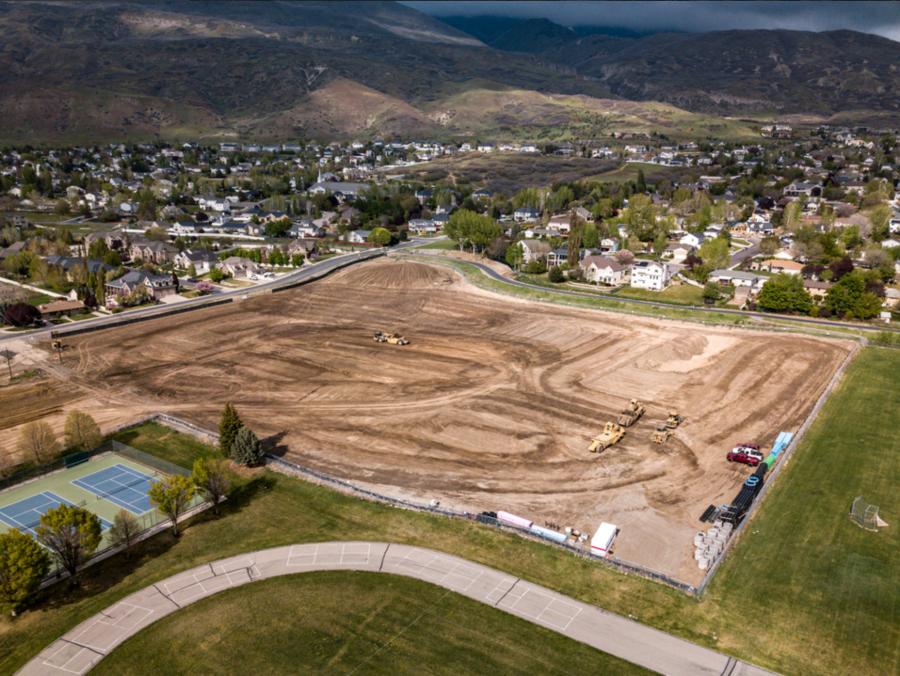 The three-story structure will be approximately 81,000 sq. ft.

Construction activity is in full swing at the Lindon Utah Temple site where heavy machinery is clearing and grading the ground ahead of excavation for the temple foundation. A chain-link construction fence has been erected around the entire site and trailers have been set up on the northwest extension of the property.

The temple will be constructed adjacent to Oak Canyon Junior High School and in the vicinity of Rocky Mountain Elementary. It also will be near a Latter-day Saint meetinghouse and a few blocks from the church's Lindon Shared-Stake Family History Center.

The temple is one of three under construction in Utah County — the others being the Saratoga Springs Utah Temple and the Orem Utah Temple.

A ceremonial groundbreaking for the Lindon Utah Temple was performed on Saturday, April 23, 2022. The meeting portion of the event was held in a nearby meetinghouse where Elder Kevin W. Pearson, president of the Utah Area, presided and conducted.

"May the construction of Thy holy house here in Lindon continue to bless this community with peace, love and unity," said Pearson.

Shovelfuls of dirt were turned under a tent on the temple site at 800 East and Center Street in Lindon. The three-story structure will be approximately 81,000 sq. ft.

The three-story temple is the seventh temple in Utah County.