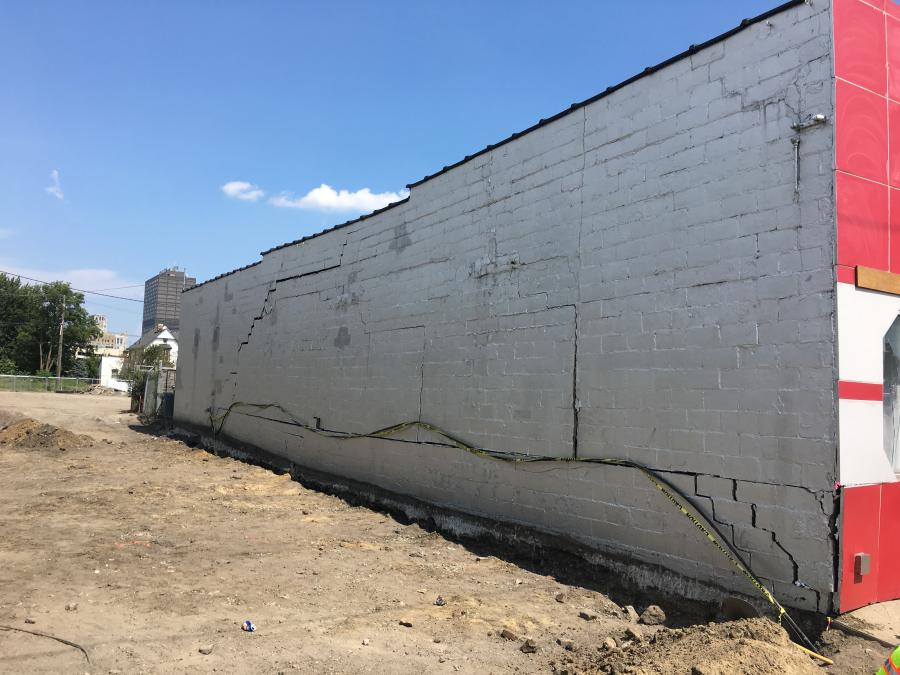 The incident damaged the building's foundation, making it a safety hazard to stay open, said Aliccia Bollig-Fischer. She was uncertain if the club and bar would reopen at the site.

Owners of the rock club and bar at 2110 Trumbull in Corktown, Mich. said the damage happened at 11:30 a.m. Dion Fischer, one of three owners, said three employees felt the collision.

"We were open," Fischer said. "I had about three workers here and thankfully no customers, but they felt and heard it and ran out."

Construction crews were digging next to the UFO Factory building when a cement mixer struck the building, witnesses said. Workers were making space next to UFO Factory for a $44 million Elton Park retail and housing development. The project consists of 151 housing units and 124,000 square feet of retail.

The incident damaged the building's foundation, making it a safety hazard to stay open, said Aliccia Bollig-Fischer. She was uncertain if the club and bar would reopen at the site.

Fisher said the building dates to 1938, so he wasn't surprised how quickly the building began to shift after the hit.

The owners took over the building in 2012. In 2014, they opened the UFO Factory, which is known as a dive bar with arcade games and Laika Dog, which serves artisan hot dogs along with beer and grilled cheeses.

"You won't get your hot dogs for a while," said Bollig-Fischer. "We would intend to get back open, but we need to wait for the contractor and insurance company to see how bad this is."

Bollig-Fischer ordered construction workers to stop working until insurance inspectors could see the damage. When she returned outside, she saw the workers filling the hole they had created. She began yelling at construction workers, saying, "This is criminal. Stop," as she called police.

"I just don't want them to tamper with it," Bollig-Fischer said. "They are filling in the hole and we need to get it inspected. We didn't request they do anything to help our building."

A benefit for UFO Factory employees at El Club start at 7 p.m. Monday. Admission is free and proceeds from food and bar sales will be donated to the employees.