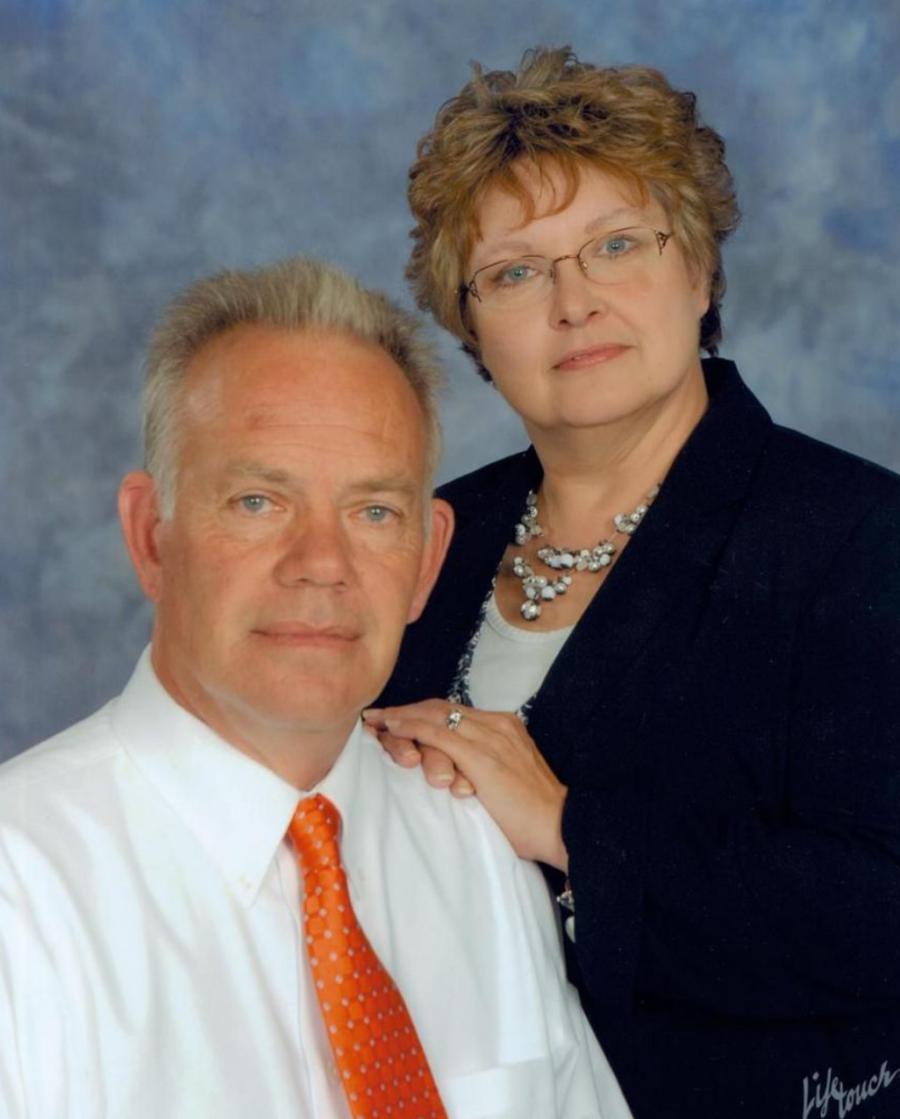 Edgar A. Browning and his wife, Peggy. Mr. Browning recently passed away at the age of 68.

Mr. Browning served in the U.S. Army and U.S. Navy Seabees Reserve and his community in the Hampton City police department. He was a business owner and an author of several roadbuilding books and Shovel Magazine. Mr. Browning also occasionally shared his extensive historical construction photography with CEG for publication in print and online.

The river had once provided power for the many textile mills. In August 1955, the city was ravaged by a devastating flood due to heavy rainfall from the remnants of Hurricane Diane. The water treatment plant was compromised by the floodwaters.

Browning's earliest childhood recollection was walking with his family to the National Guard Armory for drinking water.

"I was not quite three years old and it was a two-mile trek. Large glass jugs were being filled for residents from military water buffaloes. We walked to the banks of the river by the South Main Street Bridge," Browning told CEG in 2015. "The rushing water was overtopping the double stone arch structure built in the 1800s. It would be one of the few bridges remaining when the flood water subsided."

In the years that followed, the destroyed bridges were being rebuilt and a massive flood control project completed under the auspices of the U.S. Army Corps of Engineers. There was plenty of scenery for a budding sidewalk superintendent. The experience cemented Mr. Browning's future endeavors.

Thus began Mr. Browning's lifelong fascination and devotion to the heavy iron of his youth and his father's youth. But he wouldn't return to that hobby until decades later, after he had put dozens of murderers and rapists in prison. Browning dedicated his early life to the U.S. Army followed by a 29-year-career in police work.

Mr. Browning would eventually publish many books, including "Road Building Construction Equipment at Work," focusing on New England, Connecticut, Maine, Virginia, Pennsylvania and in Ohio, as well as magazines and websites that he poured himself into after retirement.

He was preceded in death by his parents, Edgar and Albertina Browning; and brother, David Browning.

In lieu of flowers, donations may be made to Journey Christian Fellowship Church. #EDGARSTRONG CEG