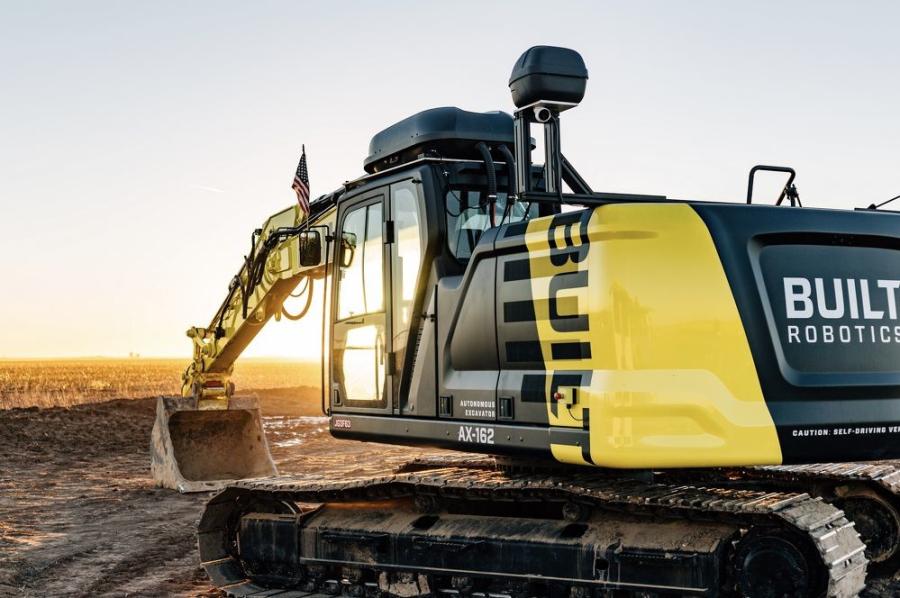 Mortenson and Black & Veatch are among the first two partners to adopt Built Robotics' autonomous guidance systems for construction projects.

Mortenson began its partnership with Built Robotics in 2019 and Black & Veatch incorporated Built Robotics in its Ignite Cleantech Accelerator program, which highlighted companies that are advancing clean tech technologies. 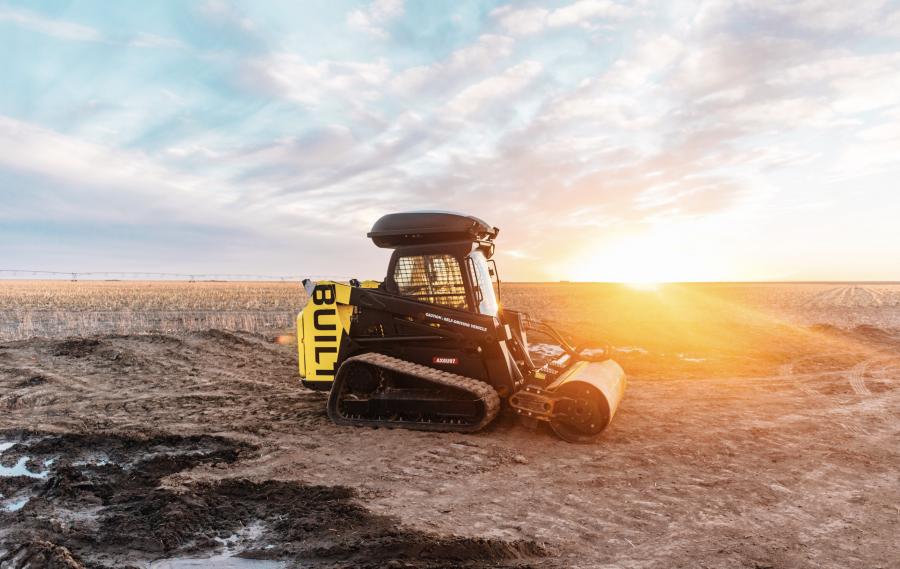 Mortenson used these robots on five projects in four states, from a solar project in California to wind farms in Colorado, Kansas and Missouri.

Explaining one of the jobs, Derek Smith, Mortenson's lean innovation manager for civil work, said, "We dug a number of wind turbine foundations robotically for a client in eastern Colorado. Digging big holes is a repetitive task and it was a great opportunity to incorporate robotics into it. We can attach Built's hardware running their software on our excavators, then plug in the foundation specs to dig specific holes. The excavators will then autonomously dig each foundation to the exact dimensions."

Built Robotics employees came to the job site to oversee the operation.

"They monitored the equipment to make sure it was running safely and smoothly," Smith said.

"The goal of the project was to dig 1,000 linear feet of trenches and we accomplished that with autonomous technology," he said.

Parker said the use of robots accelerates the operation.

"If I have 50 operators, they can operate 50 pieces of equipment. With an auto fleet, I can have them operate more than one piece of equipment at a time, which means more projects, which is good." 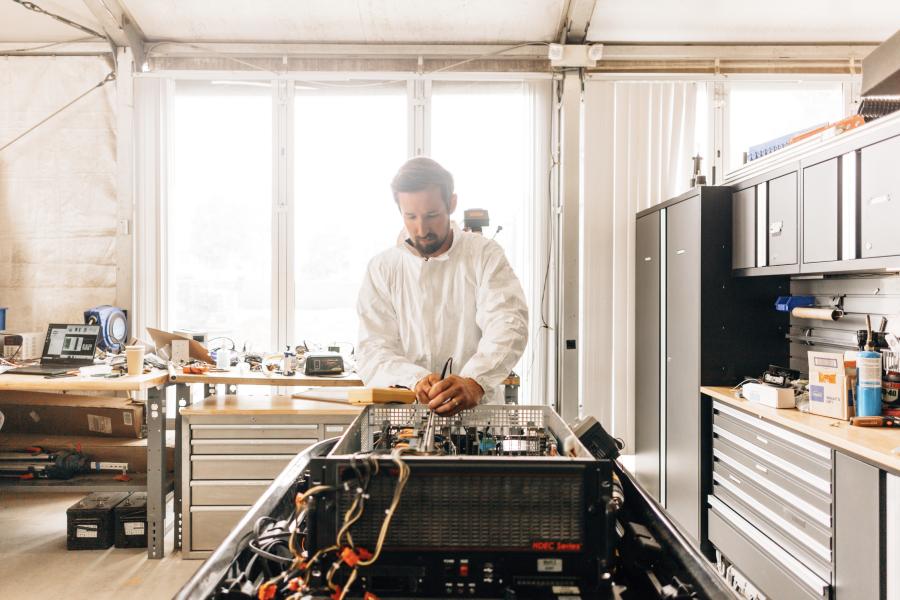 The company creates an AI Guidance System, a set of hardware and software components that it installs on almost any piece of heavy equipment for complete autonomous control, while preserving manual operation.

When asked how humans interact with the Built Robotics system, Kikani said, "Human operators traditionally run the equipment using their eyes and ears. Similarly, the robot uses sensors to understand the environment and relate it to the instructions it has been given. You can tell it to dig a trench from Point A to Point B with prescribed parameters. The robotic equipment operator presses ‘Go' and the robot delivers the work over the course of the day, so the humans can work on other jobs on the site."

Built Robotics doesn't sell construction equipment, but automates conventional equipment with its software. "We install our hardware and provide software so that you don't need anyone running the robot. You set it up and press ‘Go' and the excavators will do the work," Kikani said.

The software works on modern equipment that has hardware kits with electronic controls, although Kikani said, "We can upgrade older equipment so that it can do the work as well."

"Built Robotics partners with us to train employees to interact with the equipment. They are experts in designing the user interface and ensuring operators know how and when to use the technology."

The use of robotic equipment on the job also improves safety. Having fewer employees near the trench that the autonomous excavator is digging reduces risk. 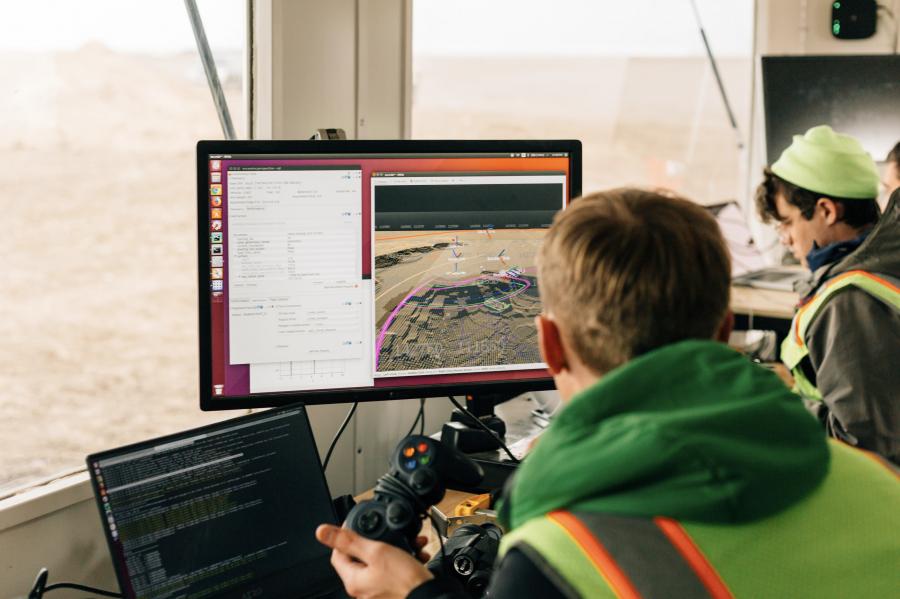 While Built Robotics' technology has been used for earthmoving work, thus far it is likely to be used for other construction applications soon.

"Excavators are the core of our fleet and our technology today, but there's more we can do," Kikani said. "The potential is there."

In the meantime, Mortenson will utilize Built Robotics enhanced equipment for earthmoving in new areas.

"We will be using robotics on a solar project digging trenches for cabling in Texas," Smith said.

When asked how the use of robots impacts human participation in construction jobs, Parker said, "It's more of a supplement to the staff. For the staffing on remote sites, we can have operators run multiple pieces of equipment."

He also said the company may seek to hire a new kind of worker, a robotic equipment operator. CEG