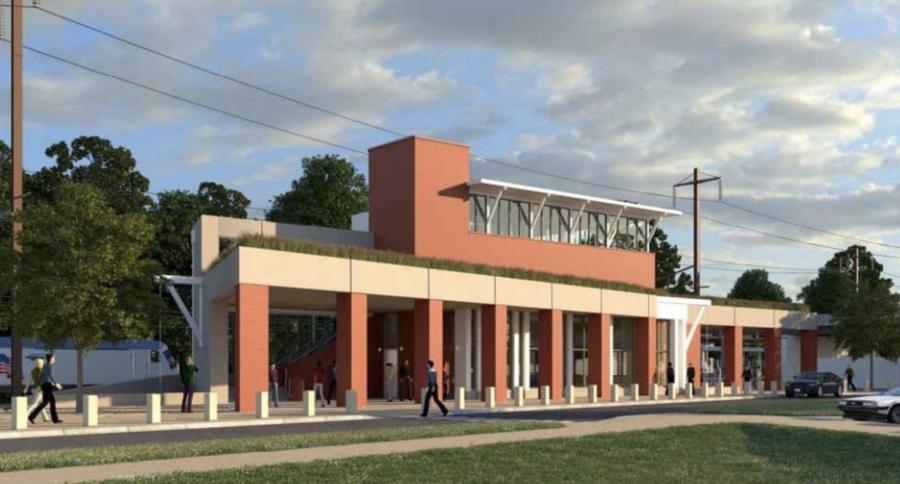 After years of planning, crews will finally break ground this spring on the first phase of upgrades to the Newark train station.

In total, improvements to the Newark Regional Transportation Center, located just north of the University of Delaware's STAR Campus off South College Avenue, are estimated to cost roughly $50 million and include a new station building with a redesigned platform and parking lot.

The first phase of the project involves adding more spaces to the existing parking lot and reconfiguring the intersection on South College Avenue.

DelDOT project manager Mark Tudor said the work is currently out for bid and will begin as soon as a construction contract is accepted.

“Assuming everything goes well, we hope to start construction in the late spring of this year. The construction will probably wrap up sometime early part of next year,” Tudor said.

Upgrades to the train station have been in the works for quite some time. The original plans came out several years ago and construction was slated to begin in 2014; however, the project never made it off paper.

After former Gov. Jack Markell's 10-cent gas tax proposal failed to pass in 2014, $25 million for the station and platforms was lost in the state's reshuffling of funds. Norfolk Southern Corporation, the largest freight operator in the state, also refused to sign off on the work due to concerns with how the new station would affect its operations.

Officials have since scaled back the design and some of the funding has returned, meaning the project is back on track and moving full steam ahead.

The entire project is budgeted in DelDOT's six-year capital program, and New Castle County, the city of Newark, UD and Wilmington Area Planning Council (WILMAPCO) will also be chipping in, with the rest of the project funded by a $10 million grant from the U.S. Department of Transportation.

Tudor said the second phase – building the station – will start later this year and could take anywhere between a year to 18 months to complete. The new station building with restrooms and a waiting area will replace the current ticket window and serve as a place to welcome rail riders to Newark and the STAR Campus. It will have a green roof and 60 covered bike parking spaces, Tudor said.

There are also plans to improve the current platform and build a covered pedestrian bridge over one of the tracks, but Tudor said a timeline for that work is yet to be determined.

According to Dave Gula, principal planner at WILMAPCO, the current platform isn't conducive for riders with disabilities, especially if they have to cross the tracks to get on a train. He said there is no pedestrian walkway over the tracks, so riders cross over makeshift pallets.

At some point, crews will build a new “high-level platform,” meaning passengers will not have to step up or down to get on or off the train, similar to Wilmington's train station.

“You're basically stepping straight from the platform onto the train and off,” Gula said. “It makes it very easy for people to get into and out of the trains much more safer and again, the convenience will also then bring that station to meeting all of the standards of the Americans with Disabilities Act that all transportation facilities strive to have.”

The new platform will sit between two tracks, so the tracks will have to be rerouted around it. Gula said the new design will allow the station to accommodate two trains at the same time.

The idea, he said, is to increase SEPTA service and eventually allow riders to travel from Washington, D.C., to Philadelphia.

Regional transportation planners are currently conducting a feasibility study to examine the demand for an extension of the MARC commuter rail line from Perryville, Md., to Newark.

The 20-mile stretch between Perryville and Newark is the only spot between Washington and New York in Amtrak's northeast corridor that lacks a commuter rail service.

Officials in New Castle and Cecil counties have long advocated for extending MARC service beyond Perryville, which is currently the end of the commuter line. Amtrak's rail line, which is utilized by MARC, extends through Newark and up the corridor, but the MARC line simply doesn't run that far.

If the line is extended, commuters from Newark could travel to Baltimore and Washington, D.C., By connecting with other MARC lines, they could also reach western Maryland and West Virginia.

The study, which is being conducted by WILMAPCO in partnership with transportation agencies in Delaware, Maryland and Pennsylvania, will seek to quantify the potential ridership of commuter rail lines in the region.

Results of the study will be made public in June at the latest. 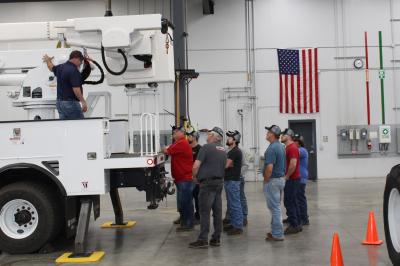