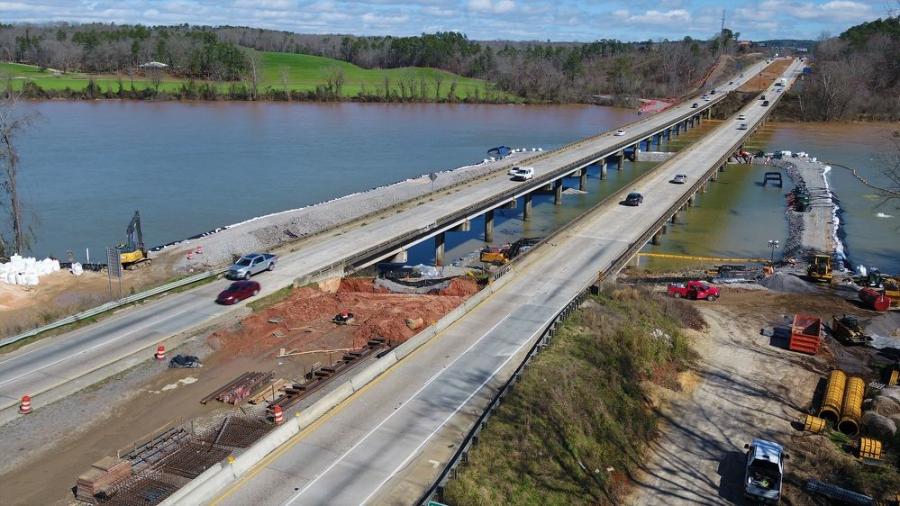 This initiative is replacing and widening the existing I-20 bridges over the Augusta Canal and Savannah River within the city of Augusta, Ga. (Richmond County) and the city of North Augusta, S.C. (Aiken County) to improve safety and operations along I-20 that links the two states.

This initiative is replacing and widening the existing I-20 bridges over the Augusta Canal and Savannah River within the city of Augusta, Ga. (Richmond County) and the city of North Augusta, S.C. (Aiken County) to improve safety and operations along I-20 that links the two states.

Construction began in January 2019 and the progress has been solid. 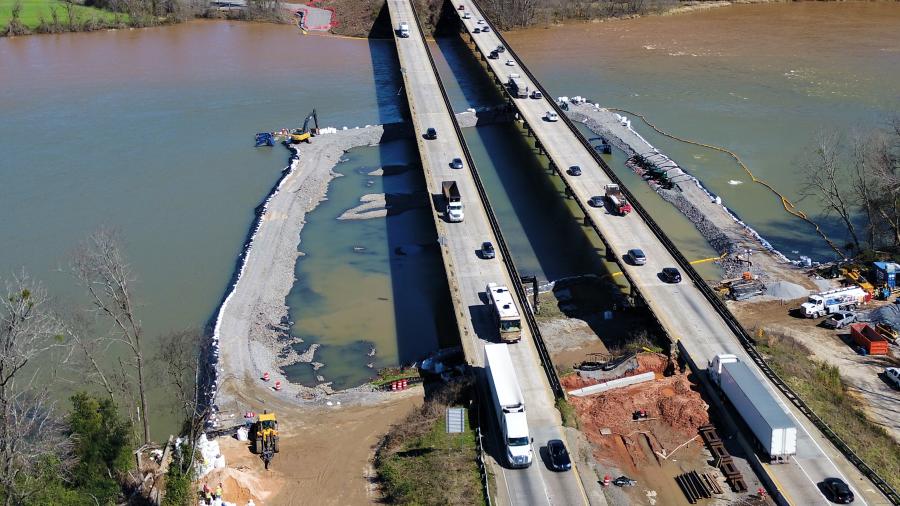 The remaining work will focus on the demolition and reconstruction of the existing WB and EB travel lanes during Phase 3 and Phase 4 construction, which followed the first major traffic shift on the weekend of Nov. 20. During each of the upcoming phases, Superior will install the same or more of the above-mentioned quantities.

"Some of the challenges we've faced were the failure of the Aquadam system prior to switching to a rock cofferdam, subcontractor availability and readiness due to transportation constraints and a reduction in workforce, COVID-19, water level increases due to weather, and dam releases, and adverse weather events," said Tim Marsh Sr., Superior's project manager.

"Superior negated the effects on these challenges by bringing on additional resources and assisting subcontractors with labor and transportation. The progress of work has returned to an exemplary standard of execution and should continue to improve as the project progresses.

"The water level of the Savannah River continues to be an off and on challenge due to the necessity of the dams upstream to release water to maintain their operational abilities," he added. "This project consists of both day and night work depending on the scope of work required. Superior strives to create open communications between all team members. Communication between all firms have been good and is one of the reasons we've been able to proactive with challenge and risk mitigation."

"We will construct the new bridges will new footers, columns and caps followed by new girders and concrete bridge deck," said Marsh. "The major challenges are the Savannah River water levels, adverse weather events, labor force availability and global supply chain and transportation efficiency. The work is progressing as planned and will improve as we navigate through the end of the pandemic." 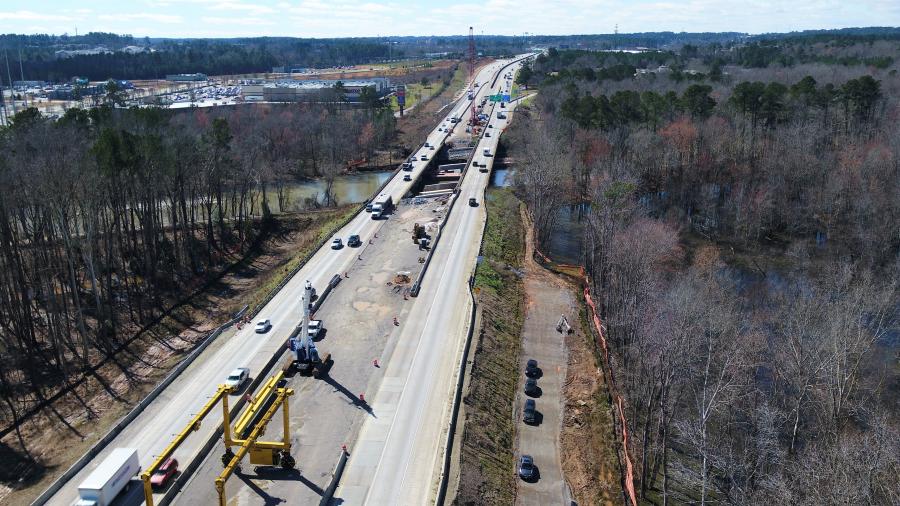 Superior will reconstruct the roadway between the Canal Bridge and the Savannah River Bridge first, then the South Carolina roadway portion of the project, followed by the Georgia welcome center end of the project.

"The challenges include rain events and transportation availability," said Marsh. "The work is progressing on schedule and continues to improve as the project progresses. There will be new drainage structures installed under both Phase 3 and Phase 4."

When the project is completed, 20,493 tons of concrete, 1170 tons of steel and 75,650 tons of earth and rock will be excavated, demolished and replaced.

Peak days have approximately 80 Superior Construction and subcontractor employees on-site. The subcontractors include firms from both Georgia and South Carolina.

"The existing bridges are functionally and structurally obsolete with substandard shoulder widths," said Kyle Collins, a spokesperson of GDOT. "By widening from four lanes to six lanes the reconstructed bridges will be better suited to conduct current and future traffic volumes The project represents the first bi-state agreement between Georgia and South Carolina for a Design-Build project. These bridges carry over 67,000 daily vehicles with higher future projections. Increased capacity with the added lanes and shoulders will make commutes better and emergency response safer and easier. One collision can gridlock traffic for miles with the limited existing footprint." 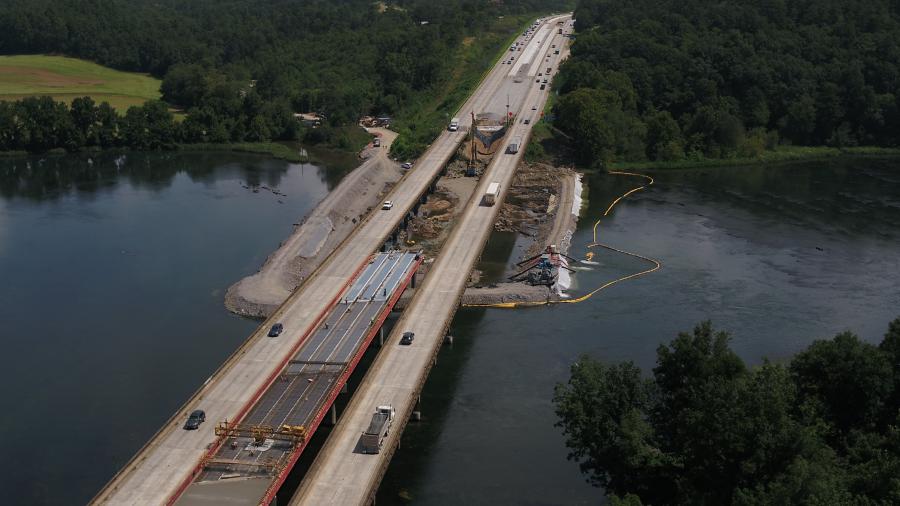 The Savannah River Bridges were built in 1965 and the new structures will have the same features, with the lengths going from 1,216 ft. to 1,278 ft.

The bi-state agreement to replace the bridges was signed in 2016. The project did not require any right-of-way (ROW) acquisitions. GDOT has taken the lead on the project.

The construction plan has the DOTs maintaining traffic on the existing bridges as the new structures are being built, with some off-peak lane closures.

To prepare for the major construction, crews placed temporary barriers along the roadway, conducted clearing and grubbing operations along the R.O.W., and installed erosion control measures. CEG