“I’m not one to believe a lot of this stuff, but this house made me a believer,” Casey Clopton told The News Tribune in Tacoma. 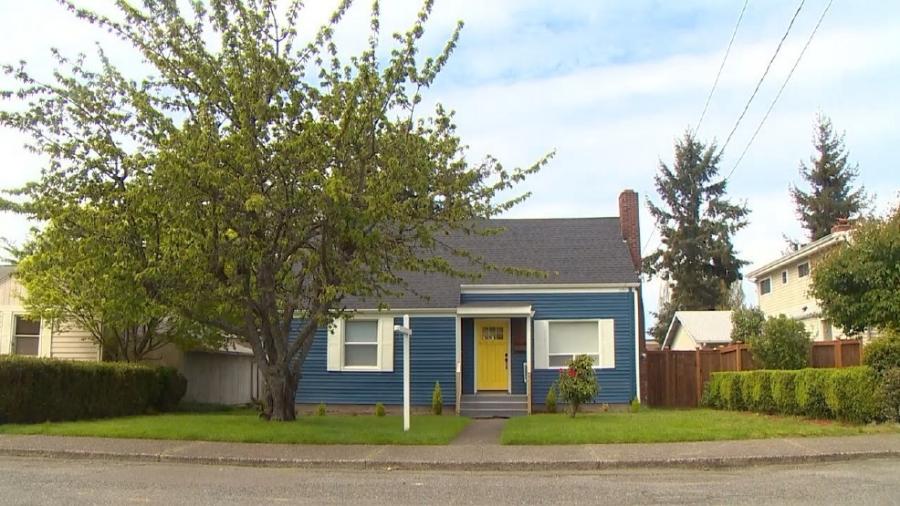 Clopton wound up completely re-doing his childhood house, giving it a fresh coat of paint, a bright yellow front door and new floors and ceilings.

A contractor hired to remodel the childhood home of serial killer Ted Bundy claims to have encountered ghosts inside the Washington state residence — which had the skeptic scrawling Bible verses on walls and calling in pastors.

“I'm not one to believe a lot of this stuff, but this house made me a believer,” Casey Clopton told The News Tribune in Tacoma.

He had been hired to work on the four-bedroom home in Oct. 2016, and said he started noticing eerie things going on there, soon after.

“Periodically, throughout the course of the job, we had weird things keep happening,” Clopton said, claiming that cellphones and other electronic devices would occasionally get unplugged or immediately die without explanation.

On at least two occasions, the words “Leave” and “Help me” were found written inside the house — in sheetrock dust on a bedroom floor and on a basement window, respectively.

Dressers were known to inexplicably fall over, and drawers sometimes opened on there own, despite the doors to the house being locked and nobody being inside.

Things apparently got so bad that Clopton penciled Bible verses on the walls, and called in two pastors to bless the house. The pair reportedly went from room to room, reading scriptures and saying blessings.

“Everything in that house fought us, and I was kind of weird about it,” Clopton said. “But I go to church and I have God with me.”

The frightened contractor told the Tribune that he knew something was up with the house when he took his 11-year-old daughter there to check it out — like she does with all the homes he works on — and she freaked.

“My daughter started crying,” Clopton recalled. “She said she felt weird. She didn't like it there.”

When he returned the next week with a demolition crew, Clopton said a worker made similar statements about the home and claimed it just didn't feel right.

At the time, no one had any idea that Bundy — a notorious serial killer who was linked to at least 36 murders in the 1970s, with some fearing that he may have committed many more — had resided there as a kid.

The madman moved into the home with his mother, stepfather and four siblings in 1955. He was just 9 years old at the time.

It wasn't until Clopton started chatting up neighbors about the strange occurrences that he and Pitts found out about the home's infamous resident and called in for backup.

“We made sure to keep quiet initially because we weren't sure how people would react to knowing a serial killer lived there,” Pitts said.

While there is no evidence that Bundy actually committed any crimes in the house, he stated in interviews before his execution that his murderous streak stemmed from an obsession with pornography as a teen.

According to the Tribune, some believe that Bundy took his first human life when he was 14, though he later denied the allegations in a letter to the girl's mother.

Clopton wound up completely re-doing his childhood house, giving it a fresh coat of paint, a bright yellow front door and new floors and ceilings.

The home was eventually sold for $335,000 to an anonymous buyer. It's unclear if they were aware of its history.