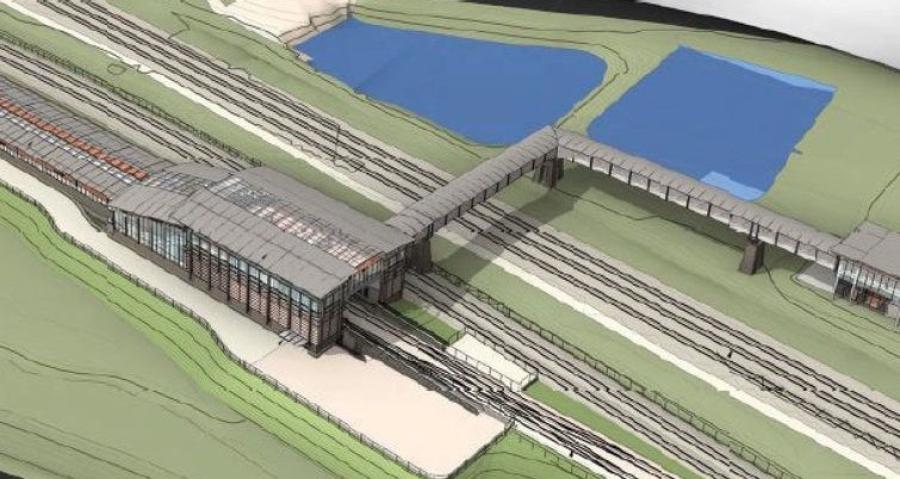 Metro (Washington Metropolitan Area Transit Authority) and the city of Alexandria have announced that Metro selected Potomac Yard Constructors as the prime construction contractor for the Potomac Yard Metrorail Station. The project is a joint venture of Halmar International and Schiavone Construction Co., well-established subsidiaries of global construction companies.

The $213.7 million construction contract is the most recent milestone in the effort to bring a new transit station to Alexandria.

“We look forward to the construction of the Potomac Yard Metro Station, an exciting project that will provide jobs and expand transit options for the fastest-growing part of the Alexandria community,” said Metro General Manager Paul J. Wiedefeld. “Once complete, the station and surrounding development will create a thriving community, connected by transit, where people can enjoy seamless access to jobs, education, stores, restaurants and entertainment options — both on site and throughout the region.”

“For more than 40 years, our community has explored and worked towards the possibility of adding a Metro station in Potomac Yard,” said City Manager Mark B. Jinks. “The selection of a contractor brings us one major step closer to making this long-standing goal a reality. The new station will improve neighborhood walkability and transit options while reducing traffic congestion. We look forward to working with the community in the coming months to finalize the details of the station design.”

The station, to be built on Metrorail's Yellow and Blue Lines between the existing Braddock Road and Ronald Reagan Washington National Airport stations, will provide an extensive range of benefits for Alexandria and the surrounding community, including walkable access to regional transportation systems for neighborhoods in the northeast area of the city. The station also is expected to generate billions of dollars in new private sector investment over the long term and eventually support 26,000 new jobs and 13,000 new residents.

The Potomac Yard area represents the most significant redevelopment and tax base growth opportunity for Alexandria, with the potential to achieve the vision for an urban mix of uses near transit.

The $320 million project budget includes the construction contract and other direct spending by Metro and the city. Metro has set a goal of 18 percent of the project spending going to small and minority-owned businesses. The station will be funded through a variety of sources — including new tax revenue gained primarily from development in Potomac Yard over the next 40 years, regional transportation authority grants and developer contributions.

The city will solicit public input this fall on design changes to the new station, including the contract's requirement to improve access from the south to the station's north entrance. Construction of the station is expected to begin in spring 2019, with completion by late 2021 or early 2022.