Chute Construction, based out of Brantford, Ontario, has put approximately 30,000 hours on the company’s original RT60 Rototilt tiltrotator. 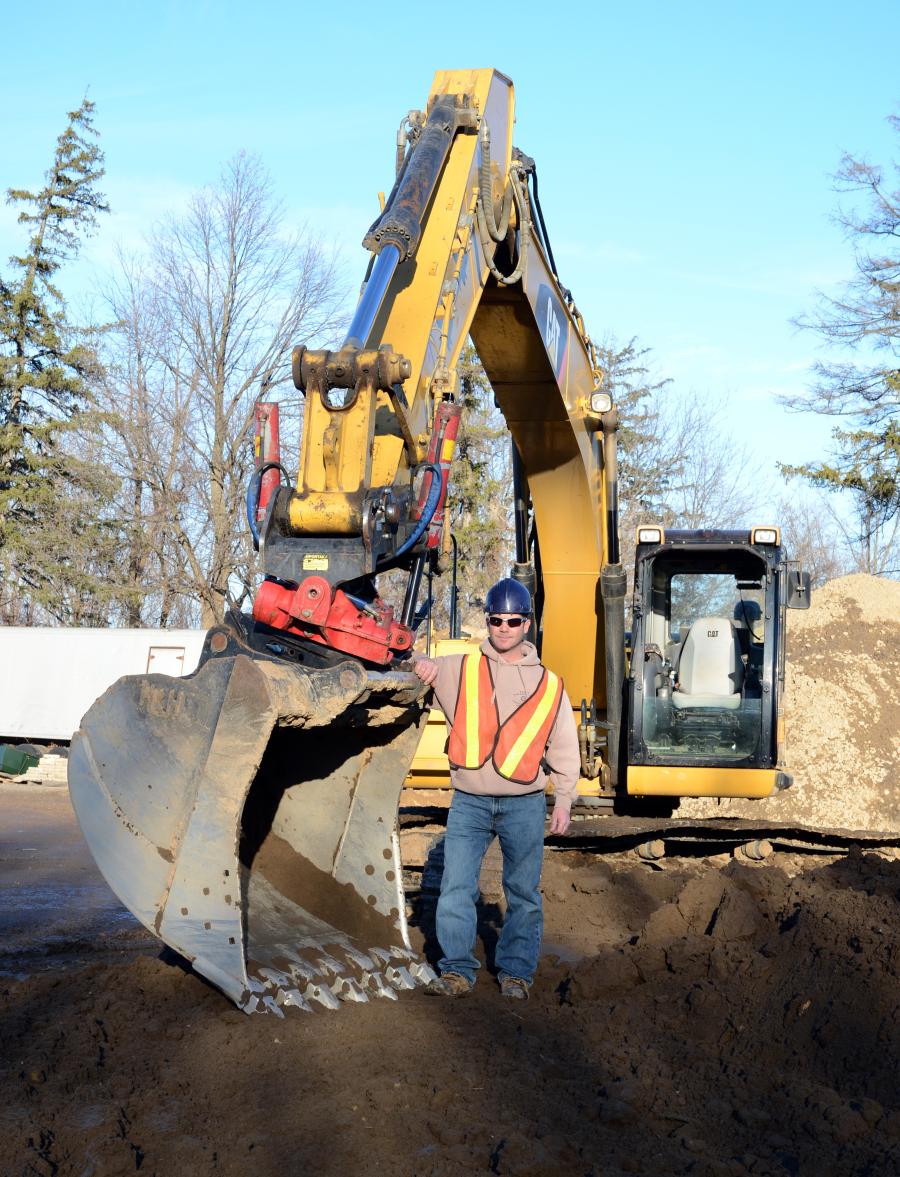 That Rototilt stays on the machine 365 days a year.

Chute Construction, based out of Brantford, Ontario, has put approximately 30,000 hours on the company's original RT60 Rototilt tiltrotator.

“That Rototilt never comes off the machine; it stays on 365 days a year,” said company co-owner, Tyler Chute. “Even if we work with concrete or in frost, we still use it. Depending on the application, we just change the bucket. With the Rototilt, we eliminate the need for another machine.”

The company purchased the RT60, as well as another Rototilt, back in 2002.

“At the time, we had been looking for years for a way to perform our grade jobs better,” said Chute. “We had considered a ditching bucket, but decided to pay the higher price and purchase a Rototilt.”

According to Chute, it did not take long for the company to see big benefits to their investment.

“Immediately, we decreased our ground crew from two to one. Also, moving objects fastened by chain to the excavator is easier and now we can get a solid grip of armour stones when we use our grapple. Placing stones is also now a breeze.”

Excavating and grading are the company's main line of work.

“When digging a basement, we can get the machine lined up with the wall, and don't have to maneuver the excavator to the perfect spot,” explained Chute. “Also, on the grading end, with the Rototilt, we can do swails or grade in a front or back yard. We can't fit a dozer in between houses, but we can fit an excavator.

“We used to put 2,000 hours on a dozer each year, but now we don't even put 400 hours a year. We no longer have a full-time dozer operator, and we don't have to float another piece of machinery to a job site. By using an excavator equipped with a Rototilt instead of a dozer, we save about $60,000 each year. And, equipment maintenance and purchases costs are down, because our dozer lasts longer. We used to change out the dozer every 4 to 5 years, but since purchasing the Rototilts, our dozer has lasted 15 years.”

The Rototilt also comes in handy when working to contain demolition materials following a fire. In fact, Chute Construction is often called in to assist the Fire Marshall's office.

“We'll get the call and they'll want a machine on site right then,” said Tim Chute, who co-manages the company with Tyler.

The Rototilt eliminates the need for a swinging crane and allows sensitive areas to be contained more easily.

“As long as you replace seals and bushings [when necessary], the Rototilt tilt rotator will last longer than the carrier,” said Chute. Chute Construction's first Rototilt is now attached to its fourth machine — a Caterpillar 321 LCR reduced radius excavator.

The other Rototilt that the company had purchased in 2002 was traded in for a newer model a few years ago, and now has nearly 12,000 hours and is equipped to a Caterpillar 320 EER. Both excavators are designed for working in tight spaces.

“Rototilt is great to deal with,” said Chute. “You can't ask for better service. Their knowledge of hydraulics is second to none, and they have been very responsive to the few issues that we have had throughout the years.”

The Chute Construction legacy began back in 1947 and spans four generations. Stan Chute and his son Del launched one of the first excavating services in Brant County, and it wasn't long before they became known for their high-quality work. Del was an innovator who brought specialty equipment to the job and the know-how to use it. In the early 1970's, Del's son Mike took over the operation and, today, the company continues the legacy with his sons, Tim and Tyler Chute, who co-manage the operation.

This story was reprinted with permission from Equipment Journal, Issue 17, December 21, 2015.