The Seattle Times dubbed the city "the crane capital of America," noting that it had more cranes on the job than any other city in the country. 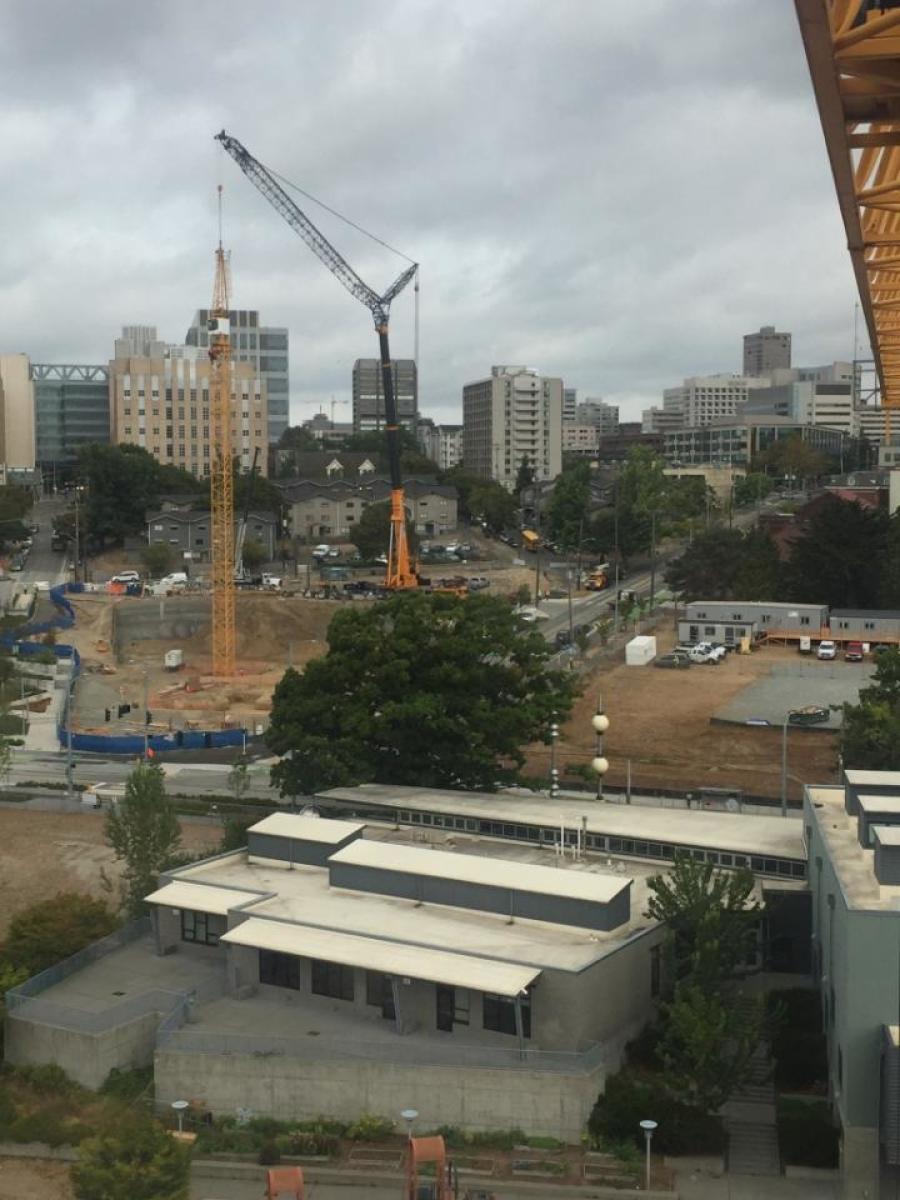 One only need to look to the sky to confirm that construction in the Pacific Northwest is booming.

“I couldn't swear that was true,” said Steve Kelly, an RLB spokesman based in Seattle. “But I know we have a lot. We do a crane count every six months in all cities where we are present, and we seem to have more than the other cities. We counted 58 back in June and we're actually setting up another count this week.”

“In general, there is a lot of apartment building going on right now. There is one that looks to have 45 floors above ground level. If you multiple that by 15 that gives you the height of the thing. I only know what I saw in the Seattle Times about the demand for cranes. It looked like they had chatted with someone from Skanska who suggested any project coming in you have to very quickly get in line for a crane.”

“There are jobs I am working on right now that aren't going to start for eight to 10 months,” said Mayfield, whose firm is headquartered in Seattle. “I got what we call a letter of intent today on a project in greater Seattle and the crane doesn't go up until May next year. Right now I've got contractual agreements for 16 projects in [the] greater Seattle area. We are probably going to bring on another 15 to 20 employees.”

“The forecast for construction is optimistic, with many projects scheduled for completion around 2017 and dozens more scheduled to break ground soon after,” the RLB report noted.

“That is going to become one of the biggest buildings in Seattle,” he said. “It's a full city block. This is a 1.4 million-square-foot expansion. We're basically building a brand new extension of the convention center. It's a big deal. It's not physically connected to the existing center but it is only a short walk to the existing convention center. We're also doing a number of projects for the Seattle Housing Association. They are expanding the public housing in Yesler Terrace. A number of schools are coming on line over on the east side and up north around Edmunds. It sounds like we're experiencing more growth than a lot of cities. What seems to be happening is we have an attractive workplace environment here and we offer a lot of the same high tech jobs as Northern California, but our cost of living is quite a bit less.”

“We are in the process of expanding down to the Portland Metro area,” Mayfield said. “Portland is a lot more spread out as far as the geographical area. There is a lot going on in Portland, you bet.”

• Major projects are coming to a close in Boston, and clearing the skyline of cranes, but continued growth in the Seaport District, GE's new headquarters and the Fort Point Channel will likely contribute to the crane count in the next six months.

• Crane counts have increased 40 percent in Chicago, with residential construction accounting for 60 percent of the work.

• Denver and Hawaii are the leading cities in hospitality construction.

• Construction in New York City continues to be strong. The majority of cranes are being used for mixed-use projects, predominately residential towers with street-level retail.