Crews Bear Down on Charleston Tunnels 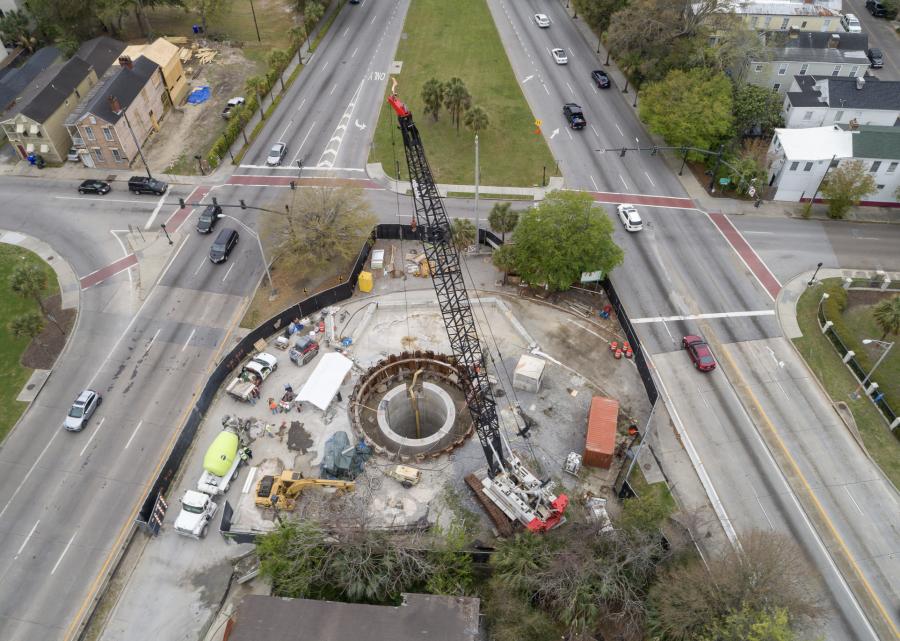 The city of Charleston, S.C., is investing $198 million to complete the Spring/Fishburne Drainage Improvement Project, a five-phase initiative that began in 2011 and is scheduled for completion in 2024.

Phase 1, which cost $11 million and was completed in June 2013, improved in pedestrian and vehicular safety and traffic efficiency along Septima Clark Parkway (U.S. 17) from Spring Street to Coming. It also involved installation of 175 stormwater structures and 5,500 linear ft. of pipe.

Phase 2, which cost $25.5 million and was completed in late December 2017 by Crowder Construction Company, saw additional work on Spring and Cannon streets from the western terminus of Phase 1 to Lockwood Drive. More than 12,000 linear ft. of new stormwater pipe and more than 300 stormwater structures were installed, in addition to eight drop shafts with vortex boxes that will connect to the deep-tunnel system being constructed in Phase 3. 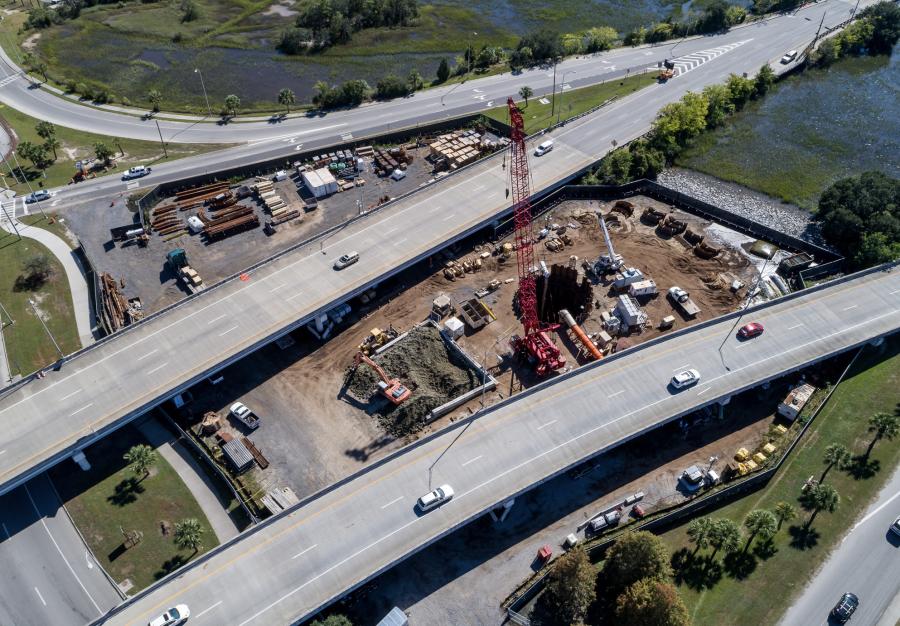 "Due to the Crosstown's construction, neighborhoods have been separated for more than four decades," said Steven A. Kirk, senior engineering project manager for the city of Charleston. "The project will reconnect those neighborhoods through pedestrian enhancements while improving traffic flow and efficiency.

"Most importantly, the Crosstown will be made safer for both vehicles and pedestrians. The full infrastructure reinvestment portion of the U.S. 17 Septima Clark Parkway Transportation Infrastructure Reinvestment Project will improve drainage in an area that covers approximately 20 percent of the peninsula of Charleston.

"When it rains, the stormwater that collects on the street will be conveyed by the surface collection and conveyance system to the drop shafts and access shafts," Kirk continued. "It will then flow into the tunnel and to the wet well under the pump station. After the stormwater passes through some trash screens, if the tide is low and the rainfall light, it will flow by gravity through the outfall boxes into the Ashley River. If the rain is moderate to heavy, or the tide is high, the pumps in the pump station will add the extra energy needed to move the stormwater to the Ashley River via the outfall boxes."

Davis & Floyd, along with its subconsultant, Black & Veatch, designed the project.

"There are significant hydraulic challenges to draining a city that is low, flat, and next to the ocean," said Kirk. "Add to that the significant historical nature of the city, the compressed right of way and the need to keep the city livable during construction, and you have some significant construction challenges. Putting the bulk of the conveyance infrastructure deep underground helps us get past some of those challenges. The tunnels should last decades, if not centuries, and the pump station has been designed to accommodate sea level rise for the next 50 years."

Work on Phase 3 has minimally impacted traffic compared to the other phases, although the King Street ramp from I-26 eastbound will be closed until July while the Coming Street access/retrieval shaft is under construction. 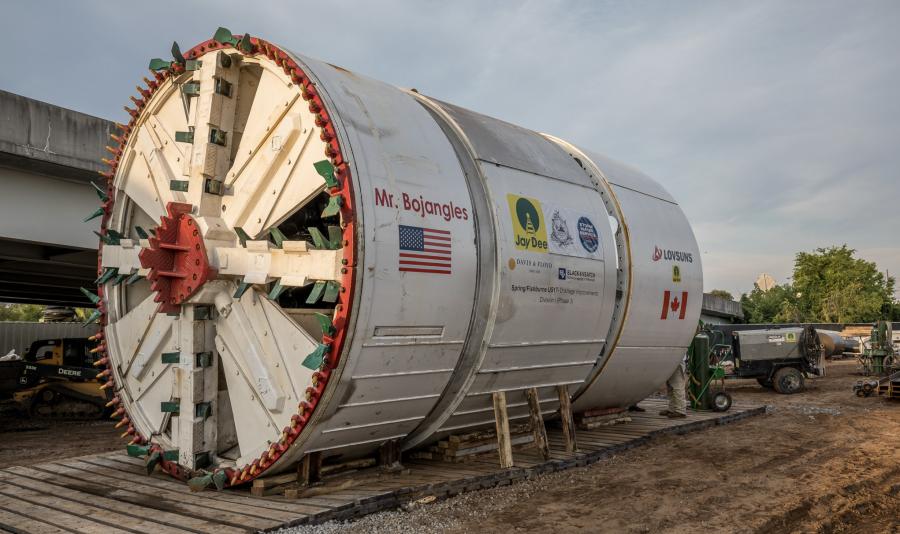 JDC has completed all four access shafts, the boring for the two tunnels and seven of eight adits.

"Three of the four access shafts were specified to be single-pass caissons, with the fourth (the Lockwood shaft) done as a two-pass system," said Dave Stacey, JDC's project manager. "At Lockwood, the first pass was the temporary earth retainage system (TERS). We utilized steel sheeting in the upper reach through the surficial soils and then stepped in and utilized rib and boards in the lower reach of the Cooper marl.

"The second pass was the concrete lining, which was completed using steel forms and placing concrete in 20-foot lifts from the bottom to the top to finish the two-pass system.

"The other three shafts used the caisson design to serve as both the TERS and the final structural concrete lining, hence a single pass system," he added. "We implemented a larger and shallower shaft utilizing 30-foot-long steel sheet piles and excavating roughly 15 feet to launch the caissons from at the other three locations. We then poured the cutting shoe for the caisson and then the first lift of the concrete caisson inside this shallow shaft. We then broke out the grout mat under the cutting shoe and began the sinking operation of the caisson."

Due to soil conditions, the contract specified that the caissons had to be filled with water until the caisson was embedded 20 ft. into the marl, at which point the water could be removed and the excavation could continue to dry.

"This was done because the upper 60 feet of ground here is referred to as pluff mud, which can be very soft and combined with a water table that's only 3 to 5 feet below the ground surface," said Stacey. "Below the pluff mud is an extremely thick layer of Cooper marl, which looks a lot like clay. With these extremely different types of ground, the sinking of the caissons was difficult.

"In the pluff mud zone, the caissons could sink uncontrollably, possibly while pouring the next lift of concrete, and then potentially not have enough weight to sink through the marl after excavating to the bottom of the caisson cutting shoe."

JDC developed a pull-down system with four 150-ton jacks to help with each of the above scenarios.

"While sinking through the pluff mud, you apply the jacks till refusal, and this represented a 1.25 safety factor of the next lift's pour weight to insure no uncontrollable sinking," said Stacey. "Then in the marl, we used the jacking system to replicate additional weight to assist in sinking the caisson through the material. 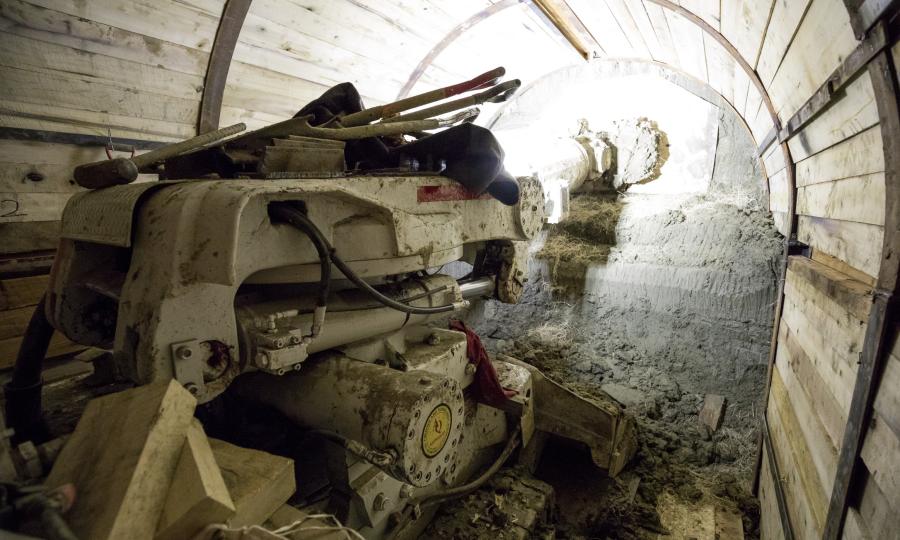 "The excavation of the marl also proved to be quite challenging. The buoyancy effect of the water in the caisson on our clam bucket while trying to clam the much harder marl was not very effective. We ended up making different weighted steel beams and dropping it into the marl to break it up and then clam the material out. In the end we were successful in delivering all three full-depth caissons."

Excavation for the tunnels was quite normal, save that the tunnels intersected each other, and the main line tunnel was about 70 percent in curves, which required constant attention from the field engineers.

"For the intersection, we eventually decided to hand-mine two short horseshoe tunnels on each side of the main line tunnel to pass the second tunnel through the first tunnel," said Stacey. "The key to this was the reframing of the steel support system along the main line tunnel, as the intersection angle was about 35 degrees, which turned out to affect about 25 feet of the steel beams on each side of the tunnel that staggered from one side to the other. The remining and reframing of the steel support was extremely challenging, and figuring out how to keep both tunnels open without the steel support blocking either tunnel turned out to be more challenging. We developed a plan that worked."

"We installed a switch area in the tunnel to utilize two train setups," said Stacey. "On the smaller and shorter President tunnel, we utilized one 8-ton electric locomotive with five 5-cubic-yard muck boxes. A switch was deemed unnecessary due to the shorter length of tunnel to be driven. A second night shift was added to do some adit excavation on the main line while mining the Main Line tunnel during the day. The second shift is continuing on the current concrete tunnel lining operations in the hope of making a concrete pour almost every day."

Working in the Charleston peninsula, with its busy and congested highways, also proved to be challenging.

"It is much easier to get concrete delivered if we pour at 2 a.m. than expecting to get any quality delivery through the day," said Stacey. "Three of the four access shaft work areas are small and positioned with differing problems — next to a high school, next to the freeway exit ramp, and next to a hospital — and each has had an impact on the public and the work. The fourth site at Lockwood was large, but it's situated along the Ashley River in the flood plain and basically located between and under the Savannah Highway overpasses going across the river." 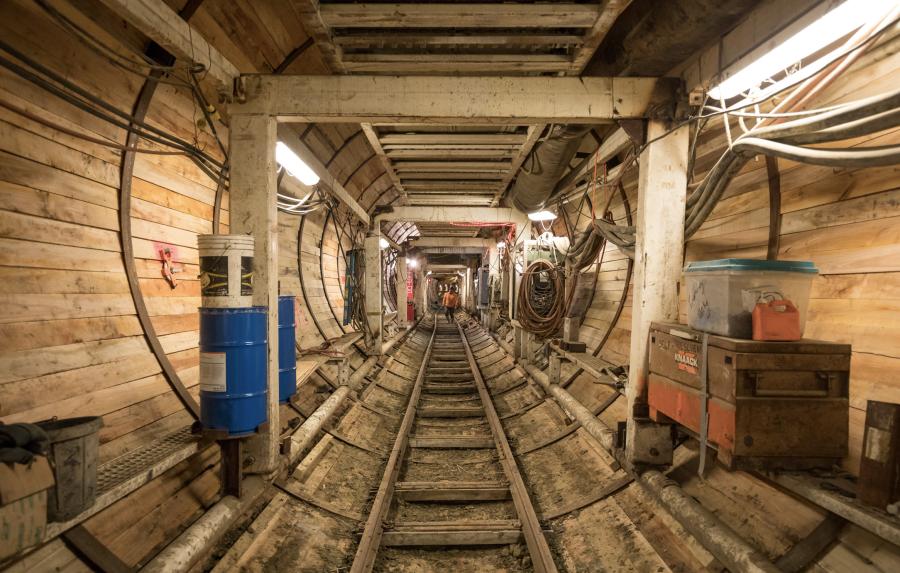 The shaft, tunnel and adit excavations resulted in the removal of 125,000 tons of material — which contained a few surprises.

"One access shaft site had contaminated material and abandoned tanks that had to be removed," said Stacey. "At Harmon we ran into human bones. This situation resulted in having to take a complete probe of the shaft area as it was determined that this area could have been a potter's field. After about three weeks all of the bones found were collected and stored in boxes and will be reburied in the same area once the work is completed."

Both tunnel boring machines, rehabbed prior to arriving on the project, were originally manufactured by Lovat. Lovsuns Tunneling Canada Ltd. assisted JDC by installing a new bearing in the 180-in. machine that was used for the main line tunnel. JDC rehabbed the second, 133-in. machine in house for the President Street tunnel.

"We shipped the TBMs in large pieces by common carrier trucks with three to four loads for each TBM, being special permit loads for either being overweight or over width," said Stacey. "The TBMs were then lifted off the trucks by rented high capacity cranes. Each unloaded piece was than lowered down its access shaft and the pieces assembled in the bottom of the shaft. " 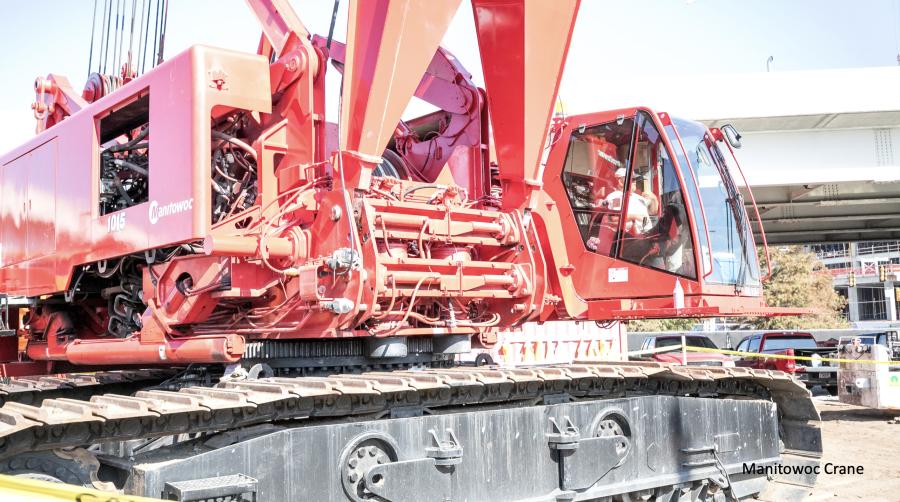 "The Blanchard Cat dealers helped us on a few things with the conveyer system and other equipment," said Stacey. "They rehabilitated different parts. They did us some good service."

The remaining construction is going to keep the crews busy.

"Everything that's been excavated needs to be lined with concrete," said Stacey. "Concrete operations are run on a two-shift basis, and we have two separate concrete crews pouring to finish out the job. Jay Dee has rewarded the hard work of all, and we have gotten together with the owner, engineers and contractors' work force and taken in a night of local minor league baseball, played Frisbee golf and held several catered safety training meetings."

Conti Enterprises Inc. has secured the $52 million Phase 4 contract that will see the construction of a wet well for the large storm water pumps and a triple box culvert outfall into the Ashley River.

Construction for Phase 4 is expected to start in May 2019 and be completed in June 2022. CEG