Crews Have a Blast Removing Rock on SR 77 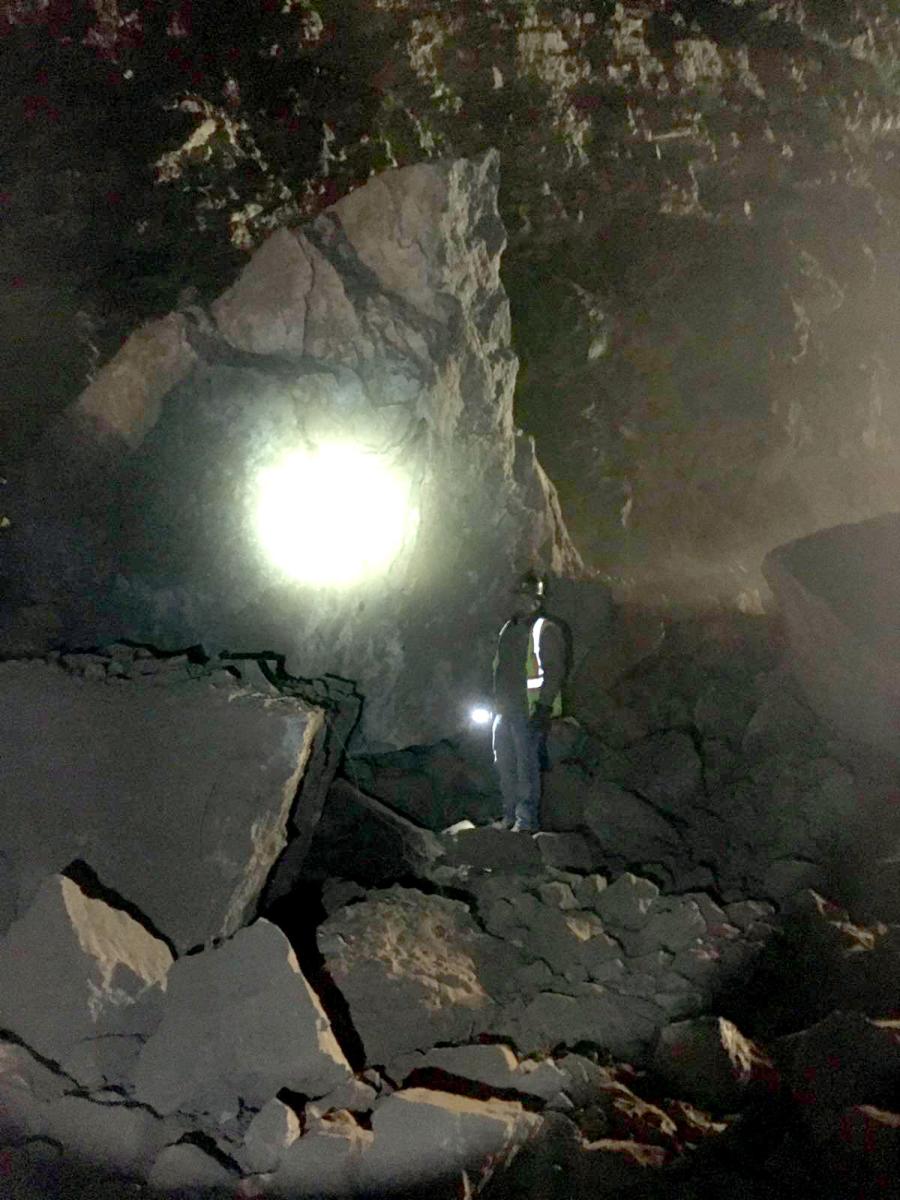 The rock is being removed by both blasting and mechanical means.

A nighttime project to remove dangerous rocks and boulders from Arizona's State Route 77 became a daytime operation after an 18-ft. (5.5 m) boulder fell 150 ft. (46 m) during nighttime blasting and landed on the highway.

The $3.1 million project began back in June to blast rock from a limestone cliff between Globe and Winkelman.

“The existing rock cuts are close to the roadway shoulder, so when rock falls, as happens more often during storms, it falls on the roadway,” said Steve Elliott, assistant communications director of the Arizona Department of Transportation. “These rock-fall projects typically consist of widening the shoulder and placing a rock ditch in order to catch the falling rock.”

The original project schedule called for crews with Fisher Industries to work nights with full closures of the highway between mileposts 154 and 161 in the Dripping Springs area.

No one was hurt when the large boulder fell during blasting, but crews were forced to keep the roadway closed four hours longer than expected. That required a detour using State Route 177 and U.S. 60 for morning commuters.

“Sometimes rocks break at naturally occurring joints beneath the surface that cannot be seen or anticipated,” said J.J. Liu, manager of ADOT's Geotechnical Services division. “When the charge is ignited, it opens the crack at that joint and then detaches itself,” he said.

Shortly after the incident, ADOT changed the work schedule to daytime hours, closing the highway from 10 a.m. to 3 p.m. with additional lane closures from 7 to 10 a.m. and 3 p.m. to 5 p.m. The average daily traffic count in the project area is about 1,600 vehicles in both directions. During closures motorists have the option of detouring on SR 177 and U.S. 60, adding about 20 mi. (32 km) to the trip.

“The incident underscored the risk for construction crews and the potential hazard to motorists,” ADOT said in a press release. “In addition to the instability of the rock face that is being removed, blasting creates flying rock that could be dangerous to workers, especially in the dark between sunset and sunrise.”

The rock is being removed by both blasting and mechanical means, with roughly 64,500 cu. yds. (49,314 cu m) of material — about 3,800 truckloads being removed. The equipment being used includes: dozers, track hoes, side dumps, loaders, hammer hoes, rock drills and hand drills.

Blasting is expected to be completed by March, with the project completion set for May. —CEG