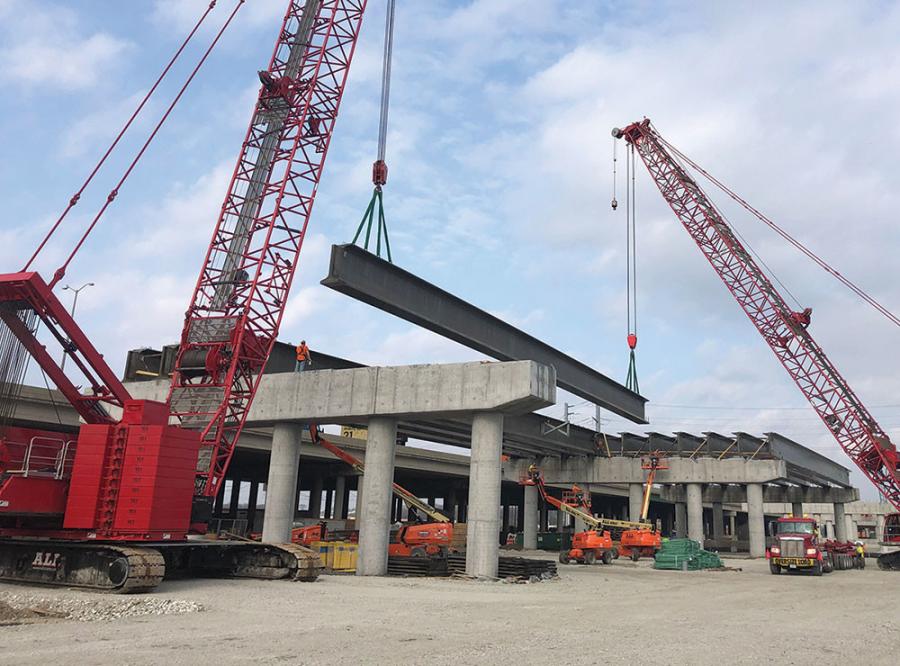 Crews in Illinois are carefully choreographing the placement of the largest concrete beams ever manufactured in the Midwest, as they continue reconstructing the Central Tri-State Tollway. The task under way is anything but routine. 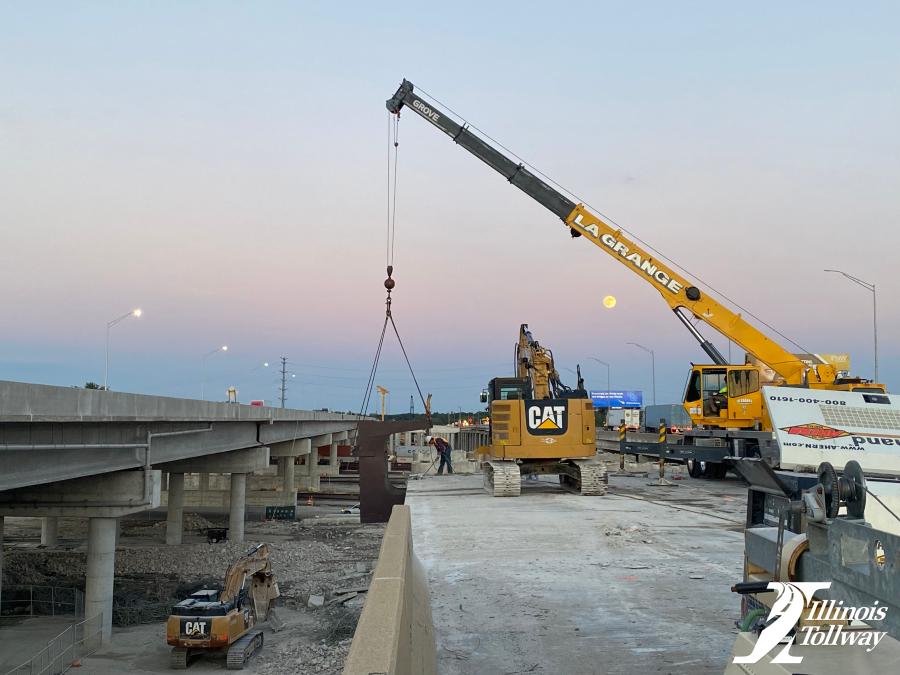 "Coordinating construction schedules to keep work moving as scheduled, while not disrupting the drivers who use our system, is a vital part of this complex project, which will reconstruct 237 lane miles of roadway; add nine new bridges; remove three others; replace 51 bridges; and reconstruct or rehabilitate 33 others."

The overall price tag for the mega project is $4 billion. Tollway has budgeted nearly $700 million this year to continue the design and reconstruction of the Central Tri-State Tollway, which opened to traffic in 1958, and is an original segment of the current 294-mi. tollway system. It provides four lanes in each direction, which is no longer sufficient, since this is the most heavily traveled roadway in the tollway system, supporting as many as 360,000 vehicle trips daily, including more than 24,000 daily trips by commercial trucks.

"Portions of the road through this corridor are being widened to five lanes in each direction, while other sections are being widened to six lanes in each direction to better accommodate increased traffic volumes," said Alvarez. "The I-290/I-88 Interchange at I-294, which was not designed to handle current traffic loads, is being reconfigured to improve traffic flow and eliminate single-lane ramps that cause bottlenecks.

"A key link in the corridor, the Mile Long Bridge, is being reconstructed and widened to five lanes in each direction. Additionally, a wider inside shoulder will be used throughout the corridor as a Flex Lane to provide room for transit, assist emergency vehicles and serve as an alternate lane to reduce traffic congestion when warranted. The Tollway also plans to use SmartRoad technology to better manage traffic and keep drivers informed about congestion and roadway incidents."

When completed, the upgraded road will meet traffic demands for 2040, which are projected to be about 15 percent higher than current traffic volumes. The additional roadway capacity is expected to save commuters about 240 hours of drive time annually by 2040. The reduced travel times result in about $330 million in annual savings, because of increased productivity and more efficient use of time by customers. 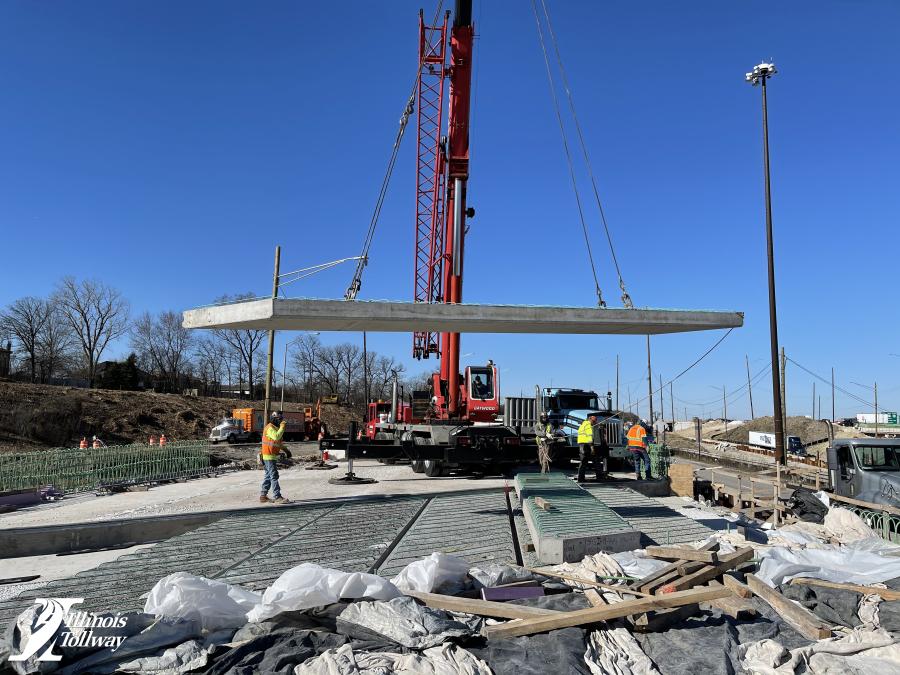 "The new southbound Mile Long Bridge will include 250 concrete beams," said Alvarez. "The beams stand between 72 and 90 inches tall and vary in length from 111 feet to 187 feet long. The largest beams weigh about 115 tons each.

"In addition, 165 steel beam segments also will be delivered from a fabrication site in Kentucky during the course of the project and used to form 52 steel beams installed over the County Forest Preserve property and the Chicago Sanitary & Ship Canal. Each of the steel beam segments will measure between 86 and 120 inches tall and between 39 and 234 feet long. As a safety measure, Illinois State Police escort the trucks to alert drivers to the presence of the massive beams."

Moving the first beams into place on the new southbound Mile Long Bridge has been an extremely delicate process. Two tracked cranes mounted on the ground beneath the bridge attach cables to the beam and lift it off the truck, which then pulls away. The beam is lowered to just above the bridge deck, where metal cross-bracing is attached to the beam.

The cranes then lift the beam as one crane rolls slowly back and the other pivots to set the crane into place atop a pier. Chains then are used to temporarily secure the beams to the pier until the roadway deck is built.

Most piers will support 10 beams, though several piers will carry 11 beams. Two Liebherr LTR 1220 cranes, each with a 250-ton lifting capacity and a 197-ft.-long boom, raise each beam and lift it into place. Each crane weighs about 200 tons.

"The Central Tri-State project is exciting not only because of how many communities it connects, but how many segments are under way at the same time. In 2021 alone, active construction is taking place on the roadway between O'Hare Oasis and Wolf Road; St. Charles and Wolf Road; I-55 and 75th Street; and LaGrange Road and 95th Street. Simultaneously, we also are working on rehabilitating the Bensenville Railroad Yard bridge; reconfiguring the I-290/I-88 Interchange; reconstructing the Burlington Northern Santa Fe (BNSF) Railway Bridge; rebuilding the ramp connecting I-55 to northbound I-294; rebuilding the Plainfield Road bridge over I-294 and Flagg Creek; rebuilding Archer Avenue bridges; and reconstructing the southbound Mile Long Bridge, while also removing the old northbound Mile Long Bridge."

There are 12 prime contractors serving on the project.

The scope of the work can be measured by the amount of materials the Tollway expects to use to complete the project, including 5 million cu. yds. of concrete; 1.1 million tons of asphalt; and 1.2 billion lbs. of structural steel.

Crews expect to move more than 5 million cu. yds. of dirt as they reconstruct and add new traffic lanes and replace bridges, while installing about 23 mi. of noisewalls to help shield neighboring homes and businesses from traffic noise.

The Tollway designed the new bridge structures to be built adjacent to the existing bridge, which allows the existing four lanes of traffic to be maintained in each direction throughout construction. The bridges will carry traffic on I-294 over two major railroads, three waterways, local roads and a major distribution center for UPS and the BNSF Railway.

The new bridge structures were designed with fewer piers to reduce the environmental impact on the waterways and the industrial areas below the bridge. Each bridge will have 27 spans supported by 26 piers, fewer than half the number of piers required to support the original bridge.

The Illinois Tollway is reconstructing the BNSF Railway Bridge, which carries the triple-track railroad over I-294 between Hinsdale and Western Springs, to accommodate the reconstruction and widening of the Central Tri-State Tollway.

"This year, the Tollway is building a new, longer and wider two-span steel beam bridge that will accommodate four railroad tracks. Last year, the Tollway completed construction of a temporary bypass bridge that allows freight and commuter rail service to continue during construction of the permanent bridge. The $96 million project is scheduled to continue through 2022. 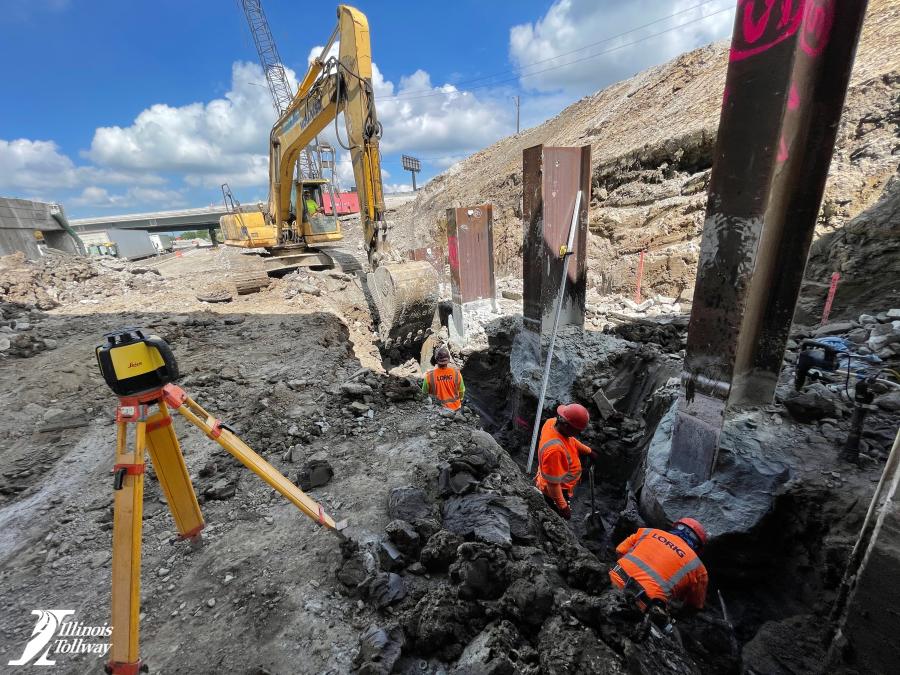 "The Tollway still has to complete the reconstruction of the I-290/I-88 Interchange with I-294, which is not designed for the more than 300,000 vehicles that use it daily, and is a notorious bottleneck on the Tollway system," said Alvarez. "Work began this year to reconstruct the St. Charles Road Interchange at I-290 as part of this project. Four interchange ramps on the east side of I-290 will be reconstructed and a segment of westbound I-290 will be widened. Other uncompleted work includes removing the over-the-road pavilion at the Hinsdale Oasis to allow I-294 under the pavilion to be widened to six lanes in each direction."

The Central Tri-State Project is scheduled to be completed by the end of 2026. CEG 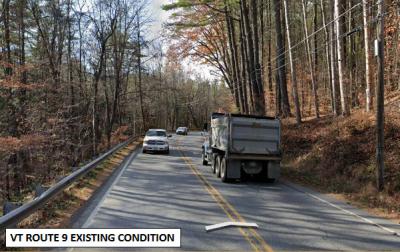