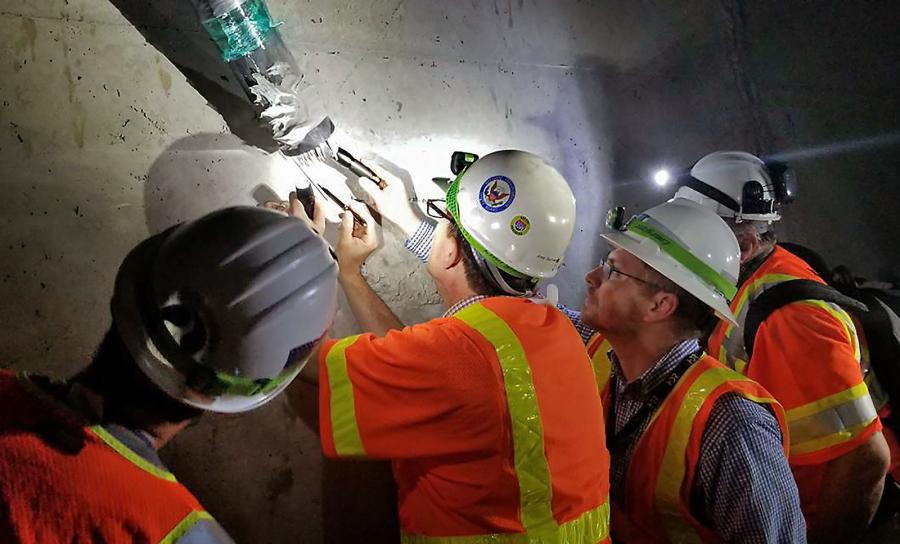 Crews are working hard to repair the 1,000-ft. broken cable on the James B. Edwards bridge, which crosses over the Wando River in the Charleston, S.C. area that caused an emergency shutdown on May 14.

Officials said the span will be closed down for four weeks for temporary repairs, the Post and Courier reported. According to SCDOT Deputy Secretary for Engineering Leland Colvin, if all goes smoothly, the repairs should be completed by June 11, with a more permanent fix coming after that.

The bridge opened in 1991. The cables were supposed to last for 50 years, said Colvin, before mentioning that there have been other corrosion observations in less important cables along the bridge, the Post and Courier reported.

As of now, Colvin, said officials do not yet know what caused the cable to break.

The 1.5-mile bridge is made up of four primary cables that run along its interior made up of steel strands covered in concrete, then wrapped in PVC. In addition, the bridge's concrete segments contain 84 cables. Inspectors found that least one of these lesser cables was corroded, although this is not as critical as a broken load-bearing cable, Colvin said.

State officials have known the cables were deteriorating for years; as soon as they found the damage in 2016, they increased inspections of the bridge's underpinnings to once per week, the Post and Courier reported. One inspection found the broken cable near one of the bridge's joints, which prompted its immediate closure.

“It was certainly a life safety issue, said Dot Secretary Christy Hall. “That speaks volumes to just how concerned the DOT was. It was concerning for us to close the structure immediately.”

A police escort delivered the replacement cable to the site May 16, just two days after the bridge was closed down. Hall said that she was expecting it to take a week to come in from the suppliers, but the state found the cable from another owner.

However, a repair plan is still in progress, the Post and Courier reported, with FHWA experts and Florida's transportation agency, which has dealt with similar issues, weighing in.

While Colvin said a great deal of testing still remains, contractors from HDR Inc., a company specializing in infrastructure design, have been working 24/7.